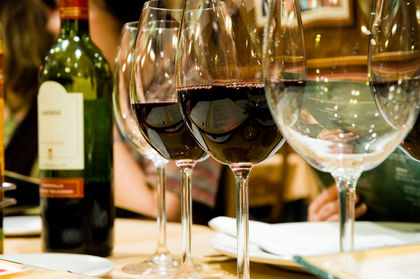 The following business plan outlines a bar/restaurant venture that takes advantage of renovations in the surrounding area to help drawn in clientele for itself The business takes an existing venue and updates it, thereby contributing to the urban renewal taking hold in this previously neglected area.

First, to renovate and re-open the Watering Hole tavern in the Oak Lane Hotel into an eastern, urban style corner pub that offers a casual environment and bill of fare as well as live acoustic type of music and/or jazz.

Secondly, to take advantage of the increased entertainment business caused by renovation of the Wolfe and Evergreen Theatres. More business will be garnered with the opening of the Galina Centennial Choir in 1996 (additional seasonal business will be derived from the downtown enhancement project it if is implemented). Other immediate sources of business include Artie's Comedy Club patrons as well as Galina University students.

Thirdly, to provide local residents as well as area workers an alternative to existing restaurants and pubs.

Fourthly, to supplement business for the Broadway Cafe, a deli-style restaurant which is currently situated across the lobby from the proposed bar facility.

Finally, to provide additional support to the City of Galina as it strives to attract new business.

The Oak Lane Hotel has been a family-owned business since 1967. The hotel is a full-time residential facility consisting of 170 residents. Over the past several years the hotel has enjoyed consistent occupancy in excess of 90%. The owner, S. Lord Properties, (Steven Lord) provides store front space to Luke Lord to own and operate a deli/cafe known as the "Broadway Cafe". The cafe was renovated with family funds in 1992 and has been run profitably for the past 2.5 years. Across the hotel lobby from the cafe is an empty room that is 76.6' × 48' × 13.6' × 23'. As mentioned above, the Lords plan to re-open the bar that used to operate in the now-empty room. As of this writing, the family is seeking funds to renovate and equip this facility. Currently, the Broadway Cafe has a multi-year open-ended lease for $1.00 per month. The same lease provisions will be arranged with the Watering Hole. The Hotel is free and clear of mortgages or any other liens according to a title search by Black Sea Title Co. in December 1994.

To recreate and update the original Watering Hole into a profitable business that will benefit both the immediate geographical area and enhance the Oak Lane Hotel's amenities for its residents. The Watering Hole was considered a prominent entertainment spot during the 1940s and 1950s. In short, turn unused street-level space in the Hotel into a profit center.

Oak Lane Hotel (hence, The Watering Hole) is located at the corner of Oak Lane and Forrest in Galina. It is located one block west of Goddard Ave., two blocks north of Main St. and one block east of Maple. It is readily visible to pedestrian traffic at street level.

Immediate competition is somewhat limited due to customer focus of this establishment (i.e., pub style). Jake's Bar is located at Patricia and Main, and Strikers is located 4 blocks north on Main. Both are within a 1/2 mile radius. Any other similar establishments are located approximately 1.5 miles north in the University area or approximately 1 mile south in and around Galina's central business district. The key difference between the Watering Hole and immediate competition will be live acoustic/jazz entertainment which will make it a true alternative to other pubs in the area. Parking is readily available in the Wolfe Theatre Garage and on the street.

Marketing efforts will consist of advertisement in entertainment section of local publications such as The Galina Post and The Reader, as well as hand bills when appropriate.

A twenty-foot vertical, neon sign affixed to the southeast corner of the Oak Lane Hotel will be highly visible to immediate residents as well as evening foot traffic on Main St.