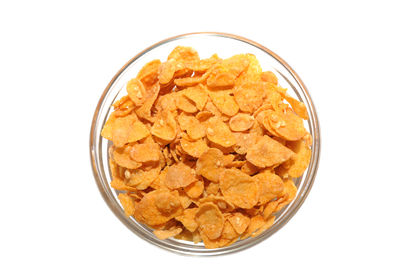 W. K. Kellogg helped discover the process that gave the world flaked cereal, leading to a revolution in breakfast foods. His true genius, however, may have been as a marketer, not an inventor. By the time Kellogg launched his own company to sell toasted corn flakes, more than forty other companies were producing cold cereals. What helped set Kellogg's flakes apart was advertising, as Kellogg used every method possible to sell his "original" corn flake.

"Mr. Kellogg appreciated the power of the new force that was beginning to be used by progressive businessmen—
the force of consumer advertising. Visualizing his foods on breakfast tables in millions of homes, he knew that the entrée to these homes was chiefly through advertising."

Willie Keith Kellogg was born in, Battle Creek, Michigan, on April 7, 1860, the seventh son of Ann Janette and John Preston Kellogg. Never liking his name, Kellogg later shortened "Willie" to Will. In business, however, he was usually known as W. K. His large family lived simply in Battle Creek, as his father struggled to build a broom-manufacturing business. By the time W. K. was thirteen, he was traveling to local grocery stores selling his father's brooms. Kellogg dropped out of school and worked in the broom business until 1880, when he joined his older brother, Dr. J. H. Kellogg, at the Battle Creek Sanitarium.

At his brother's health resort, Kellogg performed an assortment of roles, from accountant to repairman. His salary was low, despite the long hours he worked and the success of the sanitarium. A diary entry of Kellogg's from 1884 is quoted in his biography, The Original Has This Signature—W K. Kellogg: "I feel kind of blue. Am afraid that I will always be a poor man the way things look now." Little wonder that the younger Kellogg was discouraged since he had to support both his wife Ella and his mother on his small salary, Later, he and Ella had four children.

Kellogg's duties at the sanitarium included running his brother's book subscription service and managing Sanitas Food Company. Sanitas emerged from Dr. Kellogg's efforts to find nutritious food to serve his guests. The doctor built a test kitchen to experiment with new foods. In 1894, the brothers created a new breakfast product, toasted wheat flakes. W. K. Kellogg insisted the flakes be served whole instead of crushed, as his brother suggested.

Kellogg saw that producing cereals and other health foods could become a huge industry. Selling only by mail and using little advertising, Sanitas did well. Kellogg wanted to expand the business by advertising more, so Sanitas could compete with the new cereal companies popping up in Battle Creek. Dr. Kellogg, however, resisted the idea, just one of many instances where the two brothers clashed. Never close to his older brother, in 1906 W. K. Kellogg left the Sanitas Food Company to start his own business.

Some of the Kellogg company's early advertising featured a painting of a young farm girl holding corn. She was known as the "Sweetheart of the Corn." Billboards were also an important part of promoting Kellogg's cereal. In 1912, the company displayed what was then the world's largest advertising sign, standing 106 feet wide and 50 feet high.

Kellogg decided to concentrate on selling corn flakes, and he called his company the Battle Creek Toasted Corn Flake Company. He perfected the flakes by using corn grits instead of whole corn. Later he added malt to improve their taste. Kellogg once admitted that he didn't know much about selling cereal through grocery stores. But, in The Original Has This Signature—W K. Kellogg, Horace B. Powell quotes him as telling a colleague at the business, "I sort of feel it in my bones that we are preparing a campaign for a food which will eventually prove to be the leading cereal of the United States, if not the world."

Armed with that confidence and a commitment to advertise heavily, Kellogg first sold his flakes under the Sanitas name. On the box was the slogan "The original bears this signature," followed by "W. K. Kellogg" in Kellogg's handwriting. Within a year, Kellogg's name replaced Sanitas on the box, and sales were climbing.

Kellogg's success caught his brother's attention. In 1908, Dr. Kellogg changed the name of his food company to the Kellogg Food Company and began selling corn flakes overseas in packages similar to those his brother used. Business dealing between the two brothers, based on W. K. Kellogg's ties to Sanitas, also strained their relationship. In 1910, Kellogg sued his older brother; the court case dragged on for years. In the end, Kellogg won his suit, although he and Dr. Kellogg rarely spoke again for the rest of their lives.

Corn flakes and other new products turned Kellogg's into the world's leading cereal manufacturer. Just as he did during his days at the sanitarium, Kellogg worked long hours, often walking through his factories to watch operations. He had a sharp eye for detail and always looked for ways to save money. He demanded hard work from his employees, and some found him distant, even mean. Yet Kellogg paid better-than-average wages for the time and would sometimes help relatives of workers struck by illness or other misfortunes.

In 1932, W. K. Kellogg gave most of his California ranch to the University of California. Today the ranch is part of the California State Polytechnic University and features a large library devoted to Arabian horses, which Kellogg once raised.

By the 1920s, the man who feared he would always be poor was one of the wealthiest business owners in the United States. He owned homes in Michigan and Florida and he raised horses on a ranch in California. Although he spent more time away from Battle Creek, he remained active in his company and the community.

In 1930, Kellogg used some of his fortune to start the W. K. Kellogg Foundation. A personal tragedy led to the founding of what remains one of the largest charitable organizations in the United States. Kellogg could not find good medical care for one of his grandsons, who was badly injured in a fall. His foundation, Kellogg said, would help families pay for the care of their injured and sick children. Soon after its founding, the Kellogg Foundation enlarged its focus, contributing to a wide range of charitable causes.

In 1999, the Kellogg Company chose Carlos M. Gutierrez as its chief executive officer (CEO), and the next year it named him company chairman. Gutierrez, who first started working for Kellogg as a sales representative in Mexico, is one of the few Hispanic Americans to run a major U.S. corporation.

Gutierrez was born in Cuba in 1953. His father owned a pineapple plantation on the island, but the family left Cuba after Fidel Castro (c. 1927-) seized control of the government in 1959. The Gutierrezes fled to Florida and later moved to Mexico. In 1975, Gutierrez was attending the Monterey Institute of Technology when he joined Kellogg. Over the years, he worked his way up through the company, holding important executive positions in Latin America, Canada, and Asia, as well as Battle Creek. In 1990, Gutierrez was named a vice president, and he received several other promotions before taking control of Kellogg's.

One of Gutierrez's first moves as CEO upset some people in Battle Creek, as he closed the old corn flake plant in the city and fired hundreds of workers. He told the Associated Press, "These are painful but necessary decisions to make." At least one business analyst said the company should have made the move years before. Gutierrez then focused on increasing sales by expanding Kellogg's product line. In 2000, while appearing on the business news program Nightly Business Report, he said, "We see a great future beyond cereal." Gutierrez added, however, that cereal "will always be very significant to us."

Kellogg retired from the Kellogg Company in 1938, but he remained chairman of the board of directors. The year before, he had been diagnosed with glaucoma, an eye disease. His eyesight worsened, and he was blind for the last ten years of his life. With the help of a seeing-eye dog, he still visited the Battle Creek plant and participated in his foundation's activities. Kellogg died in 1951 at the age of ninety-one. Decades after his death, the signature of his last name still appears on Kellogg's products.

"One on One with Kellogg's CEO, Carlos Gutierrez." Nightly Business Report (February 23, 2000).

I have an original print of W. K. Kellogg toasted corn flakes not a post card but a print its trimmed in a brass it was printed in 1910 with his signature on it by a Harvey Wallhangers out of CA.It's an Indian with a pack mule and a crate of corn flakes on its back in the back drop is a doby home. I have had it for several years now and dont really know what to do with it and dont remember where I got it the glass is cracked but the print is in excellent conditions I have had it in my hope chest. any clues? Before I go to a dealer