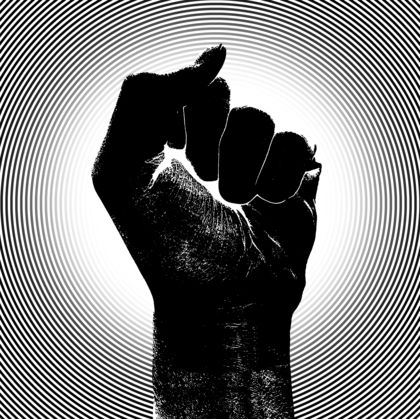 Boycotts are organized, nonviolent efforts to disrupt or cease business transactions with a particular company or group of companies in order to bring about some change of policy or practice. They may be targeted at individual products, entire companies, or political entities, and often signify a social or political cause, such as environmental or civil rights activism.

Three main forms of boycott exist. The most common and visible are consumer boycotts, in which members of the general public are encouraged to stop purchasing from a targeted company. Frequently these are organized by a social activist group and serve as a form of protest against what participants believe are unfair or unethical practices.

The second form of boycott occurs when businesses withhold their patronage from other businesses. Business-to-business boycotts are often called in retaliation against practices that could damage the boycotters materially. As an example, the tobacco giant Philip Morris Companies Inc. threatened to boycott the insurance carrier Trigon Healthcare Inc. when the insurer entered a coalition of litigants seeking damages from tobacco companies.

Third, the term "boycott" is sometimes used to describe an employee walk-out, which was in fact the original sense of the word, but this is now more commonly known as a labor strike. (This is not to be confused with the practice by some labor unions of calling a consumer boycott in place of, or in addition to, a strike.)

The word "boycott" is of much more recent origin than the act of boycotting. Many British absentee landowners in late 19th century Ireland took advantage of famine conditions in Ireland to evict tenants from their property and to lower wages for field work. One of the worst offenders was Captain Charles Boycott (1832-1897), estate manager of the Irish lands of the British Third Earl of Erne. In 1880, Boycott evicted undesirable tenants from the Earl's estates and paid laborers only half the day wage for field work. An American journalist in Ireland and an Irish priest came up with a fitting word to describe the Irish Land League's tactic of encouraging the peasantry to stop working and producing for oppressive landlords, coining the term "boycotting." Irish peasants "boycotted" the estates of absentee Earl of Erne, forcing Charles Boycott to harvest the crops. The boycott was extended further: no merchant would service the Boycott family, and their servants disappeared. This collective social and economic ostracism forced Boycott to stop his abusive tactics.

The example of the Irish Land League and the rise of organized labor in the United States encouraged the use of boycotts as never before. Hitherto the most famous "boycott" in the U.S., before the word was invented, was in 1765, to protest the Stamp Act. As a result, Parliament repealed the act.

By the eve of World War I, boycotting had proliferated to all walks of life. Housewives used boycotts to protest high prices of meat and butter (usually the least effective kind of boycott), while labor advocacy groups maintained "white lists" of shopkeepers and department store owners who used fair labor practices toward their employees, urging the public to boycott stores that were not on the list.

Prominent international boycotts also emerged early in the 20th century. In 1905 the Chinese government boycotted American goods to protest restrictive U.S. immigration policies against the Chinese. A different kind of boycott occurred in 1935, when the League of Nations instituted economic sanctions against Italy for its invasion of Ethiopia. Unlike a trade embargo (in which one country merely prohibits exports to another country), sanctions were meant to stop all commerce between League members and Italy. However, this form of boycott by political bodies is often considered separate from the conventional definition of a boycott. A more famous (and conventional) series of boycotts was used by the U.S. civil rights movement, which sought to cripple institutions that practiced racial discrimination by disrupting their business.

Boycotts meet with differing success depending on many factors, including the severity of the practice being protested, the number of people affected by such practices, and the organization and funding of both the boycotters and the target company. In some cases, the mere threat of a boycott is enough to bring the target company to the bargaining table, as was true in a 1996 anti-discrimination boycott called against Texaco, Inc. The month-long boycott, called by civil rights activist Jesse Jackson, had little or no material effect on the oil company's sales, but its publicity—and Texaco's plummeting stock price—quickly led to a significant policy and management overhaul at Texaco in order to improve its treatment of minority workers. It is important to note in this example, however, that incriminating evidence was made public in which Texaco executives were recorded uttering racial slurs in corporate meetings. Notwithstanding the company's tenuous legal standing in the matter, the Texaco dispute highlights that, in many consumer boycotts, bad public relations proves more persuasive than the pocketbook (although the threat of bad PR can be, in effect, a threat to future revenue).

Most boycotts deliver less than they set out to achieve, though, and as a mechanism for change they have a very spotted record. Financially, boycotts have had negligible impact on their targets, according to a 1997 study published in the Journal of Business Research. Some of the least successful boycotts, now all but abandoned in the United States, have been consumer protests against price increases. Other ill-fated boycotts have been directed at only one link in a complex chain of factors, making the object of the boycott seem unclear or unrealistic. Still others never appeal to widely held values in order to attract mass support.

One of the longest and best-known U.S. boycotts in the late 20th century was directed at California table grapes by the United Farm Workers under its legendary leader Cesar Chavez. Following similar and more successful efforts of the late 1960s and early 1970s, the 1984-94 boycott was largely a failure. The organizers urged U.S. consumers not to buy California grapes at the supermarket in protest of the low wages and poor treatment vineyard workers faced, including alleged exposure to carcinogenic pesticides. The boycott had no shortage of celebrity and even church endorsements; however, throughout the period California grape growers enjoyed strong demand for their crops and, indeed, record shipments.

Probably many factors contributed to the boycott's demise. For some consumers it may have been ambiguous whether the grapes they normally bought were from California, and they may not have had many alternatives unless they were willing to give up grapes altogether. Further, the target of the boycott—"grape growers"—was possibly obscure or even nebulous to many, unlike the Texaco boycott, in which a single corporate entity was the focus. Supporters of the boycott also pointed out that the grape growers had ample money and political clout on their side to counter the attack. In fact, demonstrators for the cause were arrested in some places, and the California courts banned certain kinds of picketing by the activists. Finally, after achieving no immediate success, the movement quite possibly languished in public sentiment as a "special-interest" issue or as already a failure before its organizers were willing to admit it.

You forgot to mention Cesar Chavez was murdered by US backed right-wing paramilitaries.