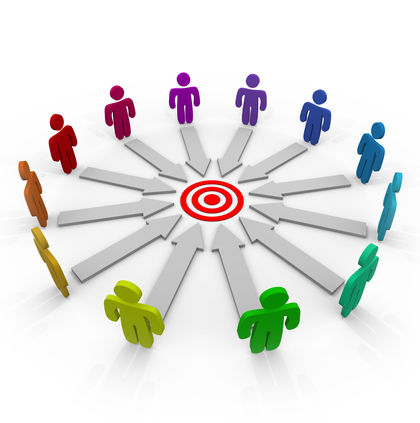 A centrally planned economy is one in which the total direction and development of a nation's economy is planned and administered by its government. The antithesis of central planning is capitalism which is characterized by private sector control of production, distribution, and consumption. Capitalism also functions by being responsive to marketplace demands. Central planning, on the other hand, functions through administrative directives. While capitalism is generally regarded as an economic rather than a political system, centrally planned economies have strong political overtones and are closely associated with socialistic and communistic governments. It is rare, however, for any economic system to exist in a pure state. For instance, the health-care system of the People's Republic of China, an avowed communist state, is in a state of transition. China's universal health-care system, which was based on central planning, has largely been dismantled and replaced with various health insurance schemes, many of which are funded by member contributions. Private sector employees and the self-employed are often without any coverage and must bear the entire cost of health care themselves.

Central planning evolved in the Soviet Union following the Bolshevik Revolution of 1917. Vladimir Lenin established two economic plans known as War Communism and the New Economic Policy. War Communism, in effect from 1918 to 1920, attempted to abolish money, control production, and confiscate peasant crops for distribution. The collapse of War Communism was concurrent with the creation of a planning commission known as Gosplan. The role of Gosplan, although vague and undefined, was not harmonious with the New Economic Policy which was established in 1921. Beginning in 1925 Gosplan began publishing economic appraisals for each upcoming year. These soon turned into five-year forecasts which began as nonbinding estimates of future economic activity. This practice, however, soon evolved into the First Five-Year Plan of 1928 which marked the beginning of a formal centrally planned economy for the Soviet Union. The five-year plans attempted to engineer a balance between demand and output but were overly optimistic and based on unrealistic growth predictions. The primary purpose of central planning in the Soviet Union was the attainment of the five-year-plan goals, which state authorities formulated.

Central economic planning as practiced in the Soviet Union and other communist countries required subordination, obedience, and discipline on the part of the individual for the benefit of the state. Choice was limited to the existing supply of goods and services and private decision making in regards to employment, occupation, and selection of workplace was also severely restricted. In communist Poland, for instance, the primary role of labor unions was to expedite the production goals of the state planning commissions. Also in that country, wage levels were determined not through collective bargaining or marketplace demand but rather by central planning authorities without any union input.

Central planning failed for a number of reasons including: inefficient allocation of resources and labor; upward transmission of distorted and self-serving information from agencies low on the hierarchical ladder; set prices unrelated to cost, supply, and demand; and inefficient execution and administration of the various economic plans.

Central planning, however, can sometimes be brutally efficient on a microlevel for channeling scarce resources to economic imperatives. A good example of this is a nation with a war economy. Nylon, for example, was essential for the production of parachutes during World War II. Because supplies of this fabric were limited, government planners requisitioned all available nylon for the making of parachutes. This eliminated future supplies of nylon hosiery, a product whose only utility was cosmetic and thus completely lacking in military value. This example also illustrates a primary feature of central planning—subordination of the price mechanism. The fact that a given quantity of nylon could be used to make either thousands of pairs of nylon hosiery worth thousands of dollars in revenue or a single parachute worth $25 was irrelevant to the central planning authorities.

"Secondary economies" are also a feature of planned economies and are brought about in part by the production of consumer goods marked by poor quality and lack of choice. In such cases consumers often resort to moonlighting, corruption, and the black market to satisfy their demands. Secondary economies provide the necessary mechanism to satisfy excess demand while frustrating the goals of central planning by diverting needed assets to so called "nonproductive" uses. A black market for nylon hosiery, to use the previous example, will work to mollify consumer demand but shift scarce resources away from parachute production as demanded by the government. Secondary economies also come about because planning authorities determine supply on the basis of the government's own needs and imperatives, Demand, manifested in offering prices, has no bearing on the supply quotas established by the government.

Xuesheng, Li, and Stuart 0. Schweitzer. "The Health Market: China's Medical-Care System Is Undergoing Reforms that Could Have. Lasting Effects on the Nation's Pharmaceutical Market." China Business Review 25, no. 6 (November-December 1998): 20-23.

Can i get some information about a characteristerics of hte extreme economy system?..
2
gerald