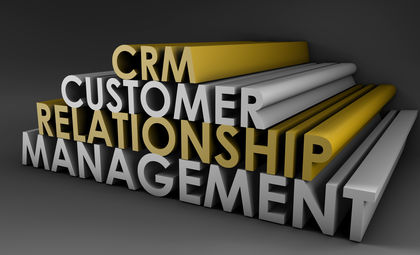 The majority of key turning points in labor-management relations in the United States have been associated with periods of economic hardship. The Great Depression saw the establishment of comprehensive federal legislation designed to protect workers' right to organize. With the slowdown in economic growth and the intensification of global competition after the early 1970s, a number of labor-management cooperation programs were advocated to improve the efficiency of U.S. firms. In 1993, the Clinton administration established the Commission on the Future of Worker-Management Relations to address a broad range of issues, among them labor-management cooperation programs and the reform of U.S. labor law.

The federal government first guaranteed the right to organize and bargain collectively for railroad workers with the passage of the Railway Labor Act of 1926. The National Industrial Recovery Act of 1933 (NIRA) was part of the New Deal policies of the Great Depression era. The NIRA was intended to protect workers' right to unionize. It stated "That employees shall have the right to organize and bargain collectively through representatives of their own choosing. … The NIRA had several shortcomings, among them a lack of enforcement provisions, and the act did little to promote workers' rights.

The basic law regulating labor-management relations and collective bargaining in the United States is The National Labor Relations Act of 1935, commonly referred to as the Wagner Act. A key provision of the act guarantees the right of nonmanagerial employees who work for firms engaged in interstate commerce to join unions and bargain on a collective basis. The legally protected right of workers to unionize was first established at the state level. In Massachusetts, for example, the state Supreme Court recognized this right in an 1842 decision.

The Wagner Act was primarily the work of Robert Wagner, a Democratic Senator from New York who wished to address the shortcomings of the NIRA. In 1933, Wagner began meeting with representatives from the American Federation of Labor and the National Labor Board, which was set up to administer the NIRA. These meetings culminated in the writing of the Wagner Act in February of 1934. The act failed to receive congressional support when initially introduced, but passed after the Democrats made substantial gains in the congressional elections of 1934; it was signed into law by President Roosevelt in July of 1935.

The most controversial part of the Wagner Act was Section 8, which prohibited what it called "unfair labor practices" on the part of employers. Under Section 8, employers could not legally fire workers for joining unions, could not refuse to bargain with a union that represented a majority of workers, and could not establish company unions. In large part due to the Wagner Act, union membership increased from 4 million in 1935 to 12 million in 1947. The National Labor Relations Board (NLRB) was established to administer the Wagner Act and is still the key agency regulating labor-management relations at the national level.

The constitutionality of the Wagner Act was affirmed in 1937 by the Supreme Court in National Labor Relations Board vs. Jones and Laughlin Steel Corporation. Shortly thereafter, pro-business organizations such as the National Association of Manufacturers sought to amend the Wagner Act. The Wagner Act was not amended, however, until the record wave of strike activity that followed World War II, in which President Truman personally intervened to settle disputes in the coal mining, railroad, and steel industries.

Another key amendment was the addition of Section 14(b), which legalized what came to be called right-to-work laws. These laws, enacted at the state level, prohibited what is known as a union shop, in which all workers in a unionized factory are forced to join the union and pay dues. Right-to-work laws make union organizing much more difficult and continue to be opposed by organized labor into the late 1990s. Labor interests reject the term "right-to-work" as pertains to these laws as a cynical misnomer. They contend that since a union acting as a bargaining agent is compelled to represent all the workers in question (and not just those belonging to the union), it is only fair that all those employees should pay their share for the benefits of union representation by being dues-paying union members.

Attempts to overturn Taft-Hartley began just after its passage and intensified with the merger of the American Federation of Labor and the Congress of Industrial Organizations in 1955, forming the AFLCIO. These efforts were greatly weakened by investigations into union corruption by the McClellan Committee of the Senate from 1957 to 1959 that culminated in the Labor Management Reporting and Disclosure Act of 1959, also known as the Landrum-Griffin Act. Landrum-Griffin outlined a Bill of Rights for union members. It did not, however, greatly weaken those elements of Taft-Hartley that opposed unions, and was devoted in large part to regulating the internal affairs of unions in response to the McClellan Committee's findings of widespread union corruption.

Union membership expanded steadily in the post-World War II years until the recession of the late 1950s, when it declined from just over 17.5 million to 16.5 million members by the early 1960s. The period from the mid 1960s to the late 1970s saw a steady and substantial growth in the number of union members, peaking at about 24 million workers in 1977. From 1978 through the 1990s, however, union membership plummeted, reaching lower levels than in the worst years of the early 1960s. Looking at union membership as a percentage of the private sector labor force yields a somewhat less dramatic picture, since this ratio declined in almost all years after 1955, though at an accelerated rate after the mid-1970s. In 1997, only 14.1 percent of full-time wage and salaried employees were unionized.

Moreover, strike activity has paralleled the downward membership trends. In 1997, there were 29 strikes involving 1,000 or more workers; these strikes were able to draw a total of 339,000 workers. By way of comparison, 255 strikes of similar scale took place in 1979, involving a total of 1,021,000 workers.

The decline in union membership was associated with a number of other factors that led to a substantial transformation of labor-management relations in the United States. Among these factors were intensified global competition, substantially slower average growth rates for the economy as a whole, declining real wages, the deregulation of key industries, the shift in employment from the industrial to the service sector and from the union strongholds of the Midwest and Northeast to the Sunbelt states, greatly increased anti-union efforts on the part of employers, and reduced resources devoted to organizing on the part of unions.

In the face of their reduced power, unions were compelled to make substantial bargaining concessions beginning in the early 1980s. These included wage and benefit givebacks, the acceptance of two- and three tiered wage systems, and greater demands by employers for flexibility and cooperation.

Numerous ideas regarding labor-management cooperation came into vogue among managers during the 1980s and continued into the 1990s. Modeled on Japanese labor-management relations and systems of production, these practices were referred to variously as joint programs, team concept, lean production, employee involvement, and labor-management participation, among others. These programs typically advocated non adversarial relations between management and labor, the establishment of work groups or quality control circles, and soliciting workers' input regarding the efficiency of the production process. Many advocated greater flexibility in the production process and workers' schedules.

The rise of employee stock ownership plans (ESOPs) marked another change in labor-management relations in recent years. One of the largest ESOPs went into effect at United Airlines in 1994. The plan gave United employees ownership of 55 percent of outstanding shares in exchange for wage cuts averaging 14 percent. In addition, the two unions involved were each to get a representative on the 12-member board of directors.

Robert Reich, the first Clinton administration's Secretary of Labor, created a Commission on the Future of Worker-Management Relations in mid-1993. This was commonly referred to as the Dunlop Commission after its chairman, John Dunlop, Secretary of Labor under President Ford. The Dunlop Commission studied a broad range of labor-management issues for the purpose of making policy recommendations, in particular with amending federal labor legislation.

The commission's fact-finding report from mid1994 stated that "stagnation of real earnings and increased inequality of earnings is bifurcating the U.S. labor market, with an upper tier of high-wage skilled workers and an increasing 'underclass' of low-paid labor." The report noted the shift from high-paying production work to low-paying service work, the large number of full-time workers whose income did not provide an adequate standard of living, and the fact that workers in the United States put in longer work weeks than workers in any other advanced industrialized country except Japan. The report also noted that an increasing number of workers were illegally fired for union organizing activities.

The Dunlop Commission was generally supportive of labor-management cooperation programs but noted that many firms were reluctant to implement them because of Wagner Act restrictions on company unions. In 1993, the AFL-CIO expressed to the Dunlop Commission its willingness to accept weakening of restrictions on company unions in exchange for reforms that would make union organizing easier. In hearings held in August of 1994, the AFL-CIO backed off on this offer.

In the mid-1990s, amidst continued deflation of union membership and a general sense of decline in the significance of unions in general, situations emerged signaling that rumors of organized labor's demise had been premature. From 1995 to 1996, Bridgestone/Firestone Company squared off with the United Rubber Workers union in a case that achieved symbolic dimensions for the state of labor-management relations in the United States. The URW struck to maintain "pattern bargaining," whereby Bridgestone workers were to receive compensation and conditions on a par with workers at Goodyear, Bridge-stone's more profitable competitor. Bridgestone rejected any such agreement, and the dispute evolved into a 27-month quagmire that saw the URW, by turns, nearly epitomize the death of organized labor and then symbolize its resurgence.

In 1995, when Bridgestone mobilized several thousand strike breakers, some union locals voted to return to work without any concessions, though few workers were actually rehired initially. When Bridge-stone registered a significant recovery through 1995 and more strikers were called back to work, the URW regrouped and allied with the sympathetic United Steel Workers, who had decided to take up the cause. Subsequent pressure on the company threatened contagion, and proved embarrassing to the thriving Bridgestone. Soon all workers were re-hired by the company with massive concessions.

Following this display of union vitality, major strikes were undertaken by workers for United Parcel Service in 1997 and General Motors in 1998. While the results of these strikes were varied, they did manage to demonstrate that management-labor relations were hardly a dying issue.