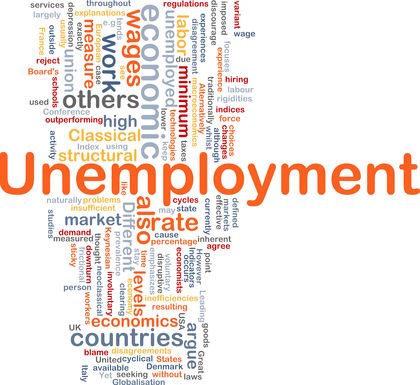 THE KEY CHARACTERISTICS OF AN
ECONOMY

The characteristics that describe a macroeconomy are usually referred to as the key macroeconomic variables. The following four variables are considered to be the most important in gauging the state or health of an economy: aggregate output or income, the unemployment rate, the inflation rate, and the interest rate. These will be briefly discussed shortly. It is, however, prudent to point out that numerous additional measures or variables are collected and used to understand the behavior of an economy. In the United States, for example, these additional measures include: the index of leading economic indicators (provides an idea where the economy is headed in the near future); retail sales (indicates the strength of consumer demand in the economy); factory orders, especially for big-ticket items (indicates the future growth in output, as orders are filled); housing starts (usually a robust increase in housing starts is taken as a sign of good growth in the future); the consumer confidence index (indicates how likely consumers are to make favorable decisions to buy durable and nondurable goods, services, and homes). Sometimes, the variables tracked are more innocuous than those included in the preceding list, such as: aluminum production, steel production, paper and paperboard production, industrial production, hourly earnings, weekly earnings, factory shipments, orders for durable goods, new factory orders, new-home sales, existing-home sales, inventories, initial jobless claims, married and jobless, help-wanted advertising, purchasing manager's survey, and the U.S. trade deficit.

As is apparent from the preceding list, economists and financial observers use observations on numerous variables to understand the behavior of an economy. Nevertheless, the four key macroeconomic variables summarize the most important characteristics of a macroeconomy.

An economy's overall economic activity is summarized by a measure of aggregate output. As the production or output of goods and services generates income, any aggregate output measure is closely associated with an aggregate income measure. The United States now uses an aggregate output concept known as the gross domestic product or GDP. The GDP is a measure of all currently produced goods and services valued at market prices. One should notice several features of the GDP measure. First, only currently produced goods (produced during the relevant year) are included. This implies that if you buy a 150-year old classic Tudor house, it does not count towards the GDP; but the service rendered by your real estate agent in the process of buying the house does. Secondly, only final goods and services are counted. In order to avoid double counting, intermediate goods—goods used in the production of other goods and services—do not enter the GDP. For example, steel used in the production of automobiles is not valued separately. Finally, all goods and services included in the GDP are evaluated at market prices. Thus, these prices reflect the prices consumers pay at the retail level, including indirect taxes such as local sales taxes.

A measure similar to GDP is the gross national product (GNP). Until recently, the government used the GNP as the main measure of the nation's economic activity. The difference between GNP and GDP is rather small. The GDP excludes income earned abroad by U.S. firms and residents and includes the earnings of foreign firms and residents in the United States. Several other measures of output and income are derived from the GNP. These include the net national product (NNP), which subtracts from the GNP an allowance for wear and tear on plants and equipment, known as depreciation; the national income, which mainly subtracts indirect taxes from the NNP; the personal income, which measures income received by persons from all sources and is arrived at by subtracting from the national income items such as corporate profit tax payments and social security contributions that individuals do not receive, and adding items such as transfer payments that they do receive but are not part of the national income; and the personal disposable income, which subtracts personal tax payments such as income taxes from the personal income measure. While all these measures move up and down in a generally similar fashion, it is the personal disposable income that is intimately tied to consumer demand for goods and services—the most dominant component of the aggregate demand—and the total demand for goods and services in the economy from all sources.

It should be noted that the aggregate income/output measures discussed above are usually quoted both in current prices (in "nominal" terms) and in constant dollars (in "real" terms). The latter quotes are adjusted for inflation and are thus most widely used since they are not subject to distortions introduced by changes in prices.

The level of employment is the next crucial macroeconomic variable. The employment level is often quoted in terms of the unemployment rate. The unemployment rate itself is defined as the fraction of labor force not working (but actively seeking employment). Contrary to what one may expect, the labor force does not consist of all able-bodied persons of working age. Instead, it is defined as consisting of those working and those not working but seeking work. Thus, it leaves out people who are not working but also not seeking work—termed by economists as being "voluntarily" unemployed. For purposes of government macroeconomic policies, only people who are "involuntarily" unemployed are of primary concern.

The inflation rate is defined as the rate of change in the price level. Most economies face positive rates of inflation year after year. The price level, in turn, is measured by a price index, which measures the level of prices of goods and services at given time. The number of items included in a price index vary depending on the objective of the index. Usually three kinds of price indexes, having particular advantages and uses are periodically reported by government sources. The first index is called the consumer price index (CPI), which measures the average retail prices paid by consumers for goods and services bought by them. A couple of thousand items, typically bought by an average household, are included in this index.

A second price index used to measure the inflation rate is called the producer price index (PPI). It is a much broader measure than the consumer price index. The producer price index measures the wholesale prices of approximately 3,000 items. The items included in this index are those that are typically used by producers (manufacturers and businesses) and thus it contains many raw materials and semi-finished goods. The third and broadest measure of inflation is the called the implicit GDP price deflator. This index measures the prices of all goods and services included in the calculation of the current output of goods and services in the economy, the GDP.

The three measures of the inflation rate are most likely to move in the same direction, even though not to the same extent. Differences can arise due to the differing number of goods and services included for the purpose of compiling the three indexes. In general, if one hears about the inflation rate number in the popular media, it is most likely to be the number based on the CPI.

The macroeconomic theory that dominated capitalist economies prior to the advent of Keynesian economics in 1936 has been widely known as "classical macroeconomics." The classical economists believed in free markets—for example, they held that the economy would always achieve full employment through forces of supply and demand. Classical economists did not see any role for government in economic policy. For example, since market forces led to full employment, there was no need for a government intervention to bring it about. Classical economists recommended the use of neither monetary policy nor fiscal policy by the government. This hands-off policy recommendation is known as the laissez faire policy.

Keynesian economics was born during the Great Depression of the 1930s and has been, for the most part, followed in most capitalist countries ever since. English economist John Maynard Keynes (1883-1946) argued that self-adjusting market forces would take a long time to restore full employment. He held that the government should intervene to increase aggregate demand through the use of fiscal policy, which involves government spending and taxation. By increasing government spending, for instance, jobs will be created which will increase income levels, which will increase the aggregate demand for goods and services and thus create new jobs.

Modern Keynesians (also, known as neo-Keynesians) recommend monetary policy, in addition to fiscal policy, to manage the level of aggregate demand. An increase in the money supply, for example, leads to a decrease in the interest rate which increases private investment and consumption, boosting the aggregate demand in the economy.

An increase in aggregate demand under the Keynesian system, however, not only generates higher employment but also leads to higher inflation. This causes a policy dilemma—how to strike a balance between employment and inflation. According to laws that were enacted following the Great Depression, policy makers are expected to use monetary and fiscal policies to achieve high employment consistent with price stability.

Monetarism was an attempt by conservative economists to reestablish the classical laissez faire recommendation. Proposed by Milton Friedman (1912—) in the 1960s, monetarism holds that while it is not possible to have full employment of the labor force all the time, it is better to leave the macroeconomy to market forces. Friedman contended that the government's use of monetary and fiscal policies to stabilize the economy around full employment leads to greater instability in the economy. He argued that while the economy would not achieve a state of bliss in the absence of the government intervention, it will be far more tranquil. Under monetarism, the only policy recommendation is that the money supply should be allowed to grow at a constant rate.

The 1970s saw a further push to revive classical orthodoxy. The new classical economists (also known as proponents of rational expectations) provided a theoretical framework and empirical evidence to support the view that neither fiscal nor monetary policy can be effective in altering the output and employment levels in a systematic manner. The concept of rational expectations can simply be considered the use of all available information by economic agents (consumers, businesses, and others). Proponents of the new classical economics argue that if economic agents used rational expectations regarding government policies, they would frustrate any anticipated policy action by the government by altering their own behavior. Thus, there was no point in conducting monetary and fiscal policies—market forces are not amenable to such manipulation.

While supply-side economics became popular during the Reagan era, it had been a part of U.S. macroeconomic policies for some time. This theory is also rooted in classical economics, even though it accepts some Keynesian demand management policy. Basically, supply siders emphasize enhancing economic growth by augmenting the supply of factors of production (such as labor and capital). This, in turn, is done through increased incentives which mainly takes the form of reducing taxes and regulatory burdens. Reagan used a major tax cut as part of his fiscal policy. The supply siders, in general, want a greater role for market forces and a reduced role for government.

Followers of New Classical Economics have further built on the rational expectations concept and have developed "real business cycle models." Assuming that output is always at its natural level, they attempt to explain movements of the natural level of output. New Keynesian Economics, on the other hand, is the result of the effort by the followers of neo-Keynesian economics, who further refined Keynesian Economics by explaining imperfections in different markets. New Growth Theory is the third component of recent developments in macroeconomics. It further refines growth theory, the intellectual basis of supply-side economics.