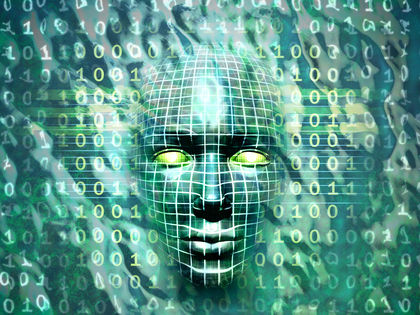 Although management information systems (MISs) vary considerably in scope and function, they are all software applications used to support basic business management activities, such as reporting, planning, and controlling. More broadly, the MIS label is also applied to the computer systems that run this software, but strictly speaking an MIS is considered software rather than hardware. In addition, some corporate information technology (IT) departments are named MIS, and the term may also be used to describe the overall management of IT resources. For purposes of this discussion, though, MIS will refer only to software systems.

MISs have existed since the 1960s, when mainframe computers began making significant inroads in automating information-based activities at large corporations. Historically, they represent roughly the second generation of business software applications, an intermediate step between the very basic, large transaction-centered systems of the 1950s and early 1960s and the more specialized software tools that started taking root in the 1970s, such as word processing and decision support systems. The first MISs, however, often weren't particularly useful because of equipment shortcomings, a lack of computer literacy among the intended users, and poor planning for which functions the MIS would best serve. As computers continued to grow cheaper and the software more user friendly, MISs gained wider acceptance in the 1970s.

The diversity of software suites and applications that followed, particularly in the 1980s and 1990s, substantially blurred many of the distinctions between MISs and other types of management support applications, particularly as MISs began delivering data nearly in real time. Today, systems that serve in traditional MIS-like roles may or may not be known as MISs; indeed, very few new software packages are called MISs.

Nonetheless, MISs are still widely used and have a few distinguishing characteristics. First, they are generally used to generate routine reports for functional areas of a business, e.g., payroll statistics, financial reports, or sales reports. As such, they are mostly intended to be used by middle managers rather than entry-level staff or senior management. Finally, most MISs are linked with one or more additional business systems, such as transaction processing systems (TPSs) or executive information systems (EISs). Often this integration is achieved through networking, enabling the MIS to pull data from diverse systems such as the corporate accounting system, the human resources system, and so on.

MISs are no longer the exclusive domain of mainframes, although these powerful computers are still used effectively to house many corporate MISs. Often minicomputers, also known as midrange systems, run MISs instead, and even workstations and desktop PCs are capable of running small MISs.

The core of any MIS is a database management system (DBMS) and a series of data reporting, retrieval, and manipulation tools. Some of these tools are standardized for common or routine actions, such as generating monthly sales reports. Often these tools also allow output to be customized for special analyses. Examples of standard MIS output might include historical reports, short-term forecasts, and exception reports. Exception reports, related to the managerial philosophy of "management by exception," are triggered when some predefined unusual or problematic event occurs, such as an uncommonly large transaction, extremely high or low sales volume, or a statistical discrepancy that suggests a data error or an unexplained use of resources. Exception reports are intended to alert managers to circumstances that are either much better or much worse than normal. Custom reports may be completely user-defined, in which the user chooses which information to see and how it should be displayed, or they may be fairly standard reports executed in special ways, such as tallying weekly or daily sales rather than an end-of-the month summary.

As information technology has grown more powerful and ubiquitous in business settings, the role of the traditional MIS has been obscured by newer software applications. For example, since the mid-1990s a suite of various applications known collectively as enterprise resource planning (ERP) software has taken a dominant position among large corporations' critical business applications. These packages, which typically come in functional modules such as an accounting module, a human resources module, and a manufacturing supply chain module, serve many of the functions that a traditional MIS would, and they tend to be more flexible, integrated, and user-friendly than legacy MISs. While early implementations of ERP suites were largely cross-functional databases with minimal high-level management tools, later upgrades have added decision support and data manipulation tools to facilitate a wide range of management-level—and even executive-level—analyses.

Another trend supplanting conventional MISs since the 1980s has been the adoption of executive information systems (EISs) and other high-level decision support systems. EISs are designed for top executives to glean important information from all major business systems (finance, inventory, payroll, and so on), process it in very sophisticated ways, and possibly even integrate it with outside data such as competitive intelligence or industry statistical norms. By providing such highly refined control over strategic information, EISs have diminished the importance of the more routine kinds of analyses available from an MIS.