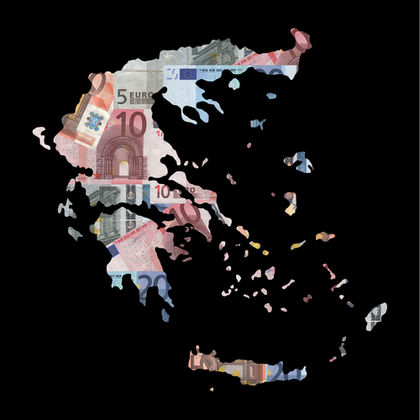 The "mixture" in a mixed economy is one of private enterprise and public-sector controls and supports, of capitalism and socialism. That is to say, most economies that we think of as being "capitalist" are in fact mixed economies, including that of the United States. A similar term, often used to describe the transition economies of eastern Europe and elsewhere, is "market socialism."

To purists, government intervention might seem out of place in capitalism, which in theory puts great stock in the enterprising individual making personal decisions in the marketplace. But, in practice, members of capitalist societies also value economic security. The result is the mixed economy, offering government a voice in sustaining economic growth, while at the same time protecting people from the worst excesses of unfettered competition in the marketplace.

Some examples of intervention by the government include:

All such measures instituted by government restrain or control competition and the free exchange of goods in an economy—and yet provide security in different ways. Therefore, under a mixed economy, neither unfettered capitalism nor centralized government control is practiced or necessarily desirable. Instead, the public and private sector combine to make economic decisions on what is produced and distributed in an economy, and how. Society as a whole pursues its interests via individual and collective action.

Various economic theories prescribe what kind of government intervention is appropriate in the economy and when. In the first half of the 20th century, a popular theory was derived from the work of British economist John Maynard Keynes. Keynesians believed that in a market economy, such as the United States, government should increase spending and/or the money supply during times of economic slowdown to stimulate growth. In times of economic prosperity, by contrast, spending and capital may be tightened by the government, they argue. Such notions were in part a stimulus for Depression-era government works programs under the New Deal.

However, by the early 1970s, government spending in Western economies had grown significantly, producing inflation, while economic growth stagnated. Suddenly, "stagflation" became the economic buzzword of the day, especially when the 1973 oil embargo inspired fears of concurrent rising inflation and unemployment.

In contrast to the Keynesian prescription, monetarist economists argued that high taxes, controls, and regulation imposed by government would suffocate growth. Monetarists believe in strict controls over the money supply as a means to economic stability. Only when government intervention was minimized, they reasoned, would significant economic growth resume. Now individuals were no longer encouraged to shift their economic risks to the government—relying on crop insurance or remaining on welfare—but rather to take more responsibility for their economic destiny in the marketplace.

Put simply, monetarists believed government was more of a problem than a solution when it came to sustaining economic growth. During the 1980s, governments turned to stimulating or restraining an economy on the supply side by adjusting the available money supply. This they did, once again, through taxes. Specifically, Western governments looked to reducing the tax burden as the impetus for releasing private sector energies.

However, bending to political realities, exceptions were made, and government subsidies grew. The mixed economy was alive and well during the 1980s, despite the wishes of supply-side economists. Indeed, their fears were realized when rising public spending led to higher government borrowing and deficits. This, in turn, led to inflation and higher interest rates as the public sector competed with the private sector to borrow on international markets.

In response to the recession of the early 1990s, the monetarists went back on the defensive. Control of the money supply, they argued, would reduce the rate of inflation, foster stability, and further economic growth. This time, however, somewhat of a hybrid policy was implemented in the United States. The money supply was loosened via lowered central bank interest rates, following a Keynesian monetary policy, but the government's fiscal policy was skewed heavily toward controlling spending and, in some cases, modest tax relief. The combination proved advantageous, as a period of robust economic growth ensued.

Ikeda, Sanford. Dynamics of the Mixed Economy: Toward a Theory of Interventionism. New York: Routledge, 1997.