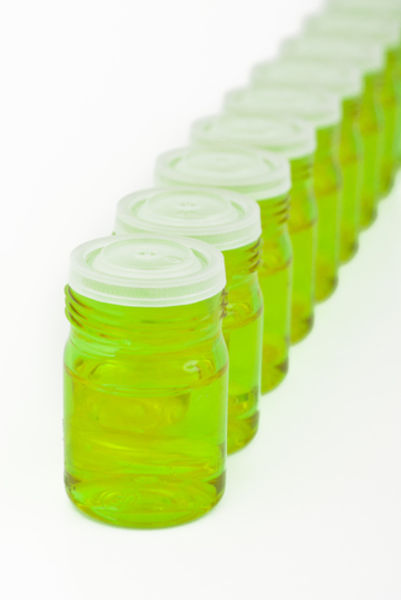 An oligopoly is a market condition in which the production of identical or similar products is concentrated in a few large firms. Examples of oligopolies in the United States include the steel, aluminum, automobile, gypsum, petroleum, tire, and beer industries. The introduction of new products and processes can create new oligopolies, as in the computer or synthetic fiber industries. Oligopolies also exist in service industries, such as the airlines industry.

Prices in oligopolistic industries tend to be unstable to the extent that companies will shade, or lower, their prices slightly to gain a competitive advantage. It must be remembered that collusion between firms to fix prices is illegal under U.S. antitrust laws, so oligopolies must reach industry agreements on pricing indirectly. Companies can signal their pricing intentions indirectly in a variety of ways, such as through press releases, speeches by industry leaders, or comments given in interviews. In some cases there is a recognized price leader in the oligopoly, and other firms in the oligopoly set their prices according to that of the industry's price leader.

In the United Kingdom, for example, the top four food retailers accounted for 45 to 67 percent of the nation's $150 billion grocery market in 1998. In Russia, economic development under Boris Yeltsin has been described as a "new oligarchy," in which government officials and business leaders join together to gain control of industries such as banking, television, the business press, and other companies.

Oligopolies tend to develop in industries that require large capital investments. Studies have shown that industries with high four-firm concentration ratios tend to have higher margins than other industries. In order to maintain an oligopoly, potential investors must be discouraged from establishing competing companies. Oligopolies are able to perpetuate themselves and discourage new investments in several ways. In some cases the oligopoly is the result of access to key resources, which may be either natural resources or some patented process or special knowledge. New firms cannot enter the industry without access to those resources.

The established, experienced firms in an oligopoly also enjoy significant cost advantages that make it difficult for new firms to enter the industry. These cost advantages may be the result of the large scale of production required as well as of experience in keeping manufacturing or operating costs down. Another factor that tends to perpetuate oligopolies is the difficulty of introducing new products into an oligopoly characterized by a high degree of product differentiation. Prohibitively large expenditures would be required of a new firm to overcome consumer reluctance to try a new product over an established one. Finally, oligopolies perpetuate themselves through predatory practices such as obtaining lower prices from suppliers, establishing exclusive dealerships, and predatory pricing aimed at driving smaller competitors out of business.

Zachary, G. Pascal. "Let's Play Oligopoly!: Why Giants Like Having Other Giants Around." Wall Street Journal, 8 March 1999, B1.