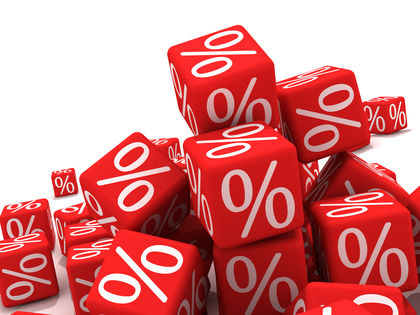 Original issue discount (OID) refers to a debt instrument initially issued at a price substantially below its face amount (i.e., at a deep discount). OlDs can also be bonds issued as zero coupon bonds. A zero coupon bond (also referred to simply as a zero) has no stated or coupon interest rate and therefore pays no periodic interest. Non-zero deep discounted bonds are priced well below par at issuance but have regular semiannual or annual interest payments based on their stated interest rate.

In the late 1970s and early 1980s, interest rates were at historic highs. In an attempt to reduce their periodic cash outflows for interest, borrowers, both corporate and governmental, began issuing bonds carrying very low stated or coupon interest rates relative to those prevailing in the marketplace. During the 1980s many leveraged buyouts were financed with deep discount bonds of questionable creditworthiness and earned the name junk bonds. These bonds are now called "high-yield" bonds.

The U.S. Treasury has been selling zero coupon bonds for many years in the form of Series EE U.S. savings bonds. For example, a $25 investment in a U.S. savings bond can return $50 at its maturity with no periodic interest payments. The interest return to the investor is implied in the difference between the deep discounted price ($25) and the maturity value of the bond ($50). The U.S. Treasury adjusts their yield by changing the time to maturity.

By 1982 the popularity of zeros encouraged the U.S. Treasury to allow U.S. government securities dealers to strip the semiannual interest coupons from a group of bonds, and to sell blocks of same-maturity coupons and principal to investors as a zero coupon bond derivative (ZCBD). Broker/dealers developed portfolios of ZCBDs bearing the name of aggressive, coy animals:

In 1985 the U.S. Treasury began issuing notes and bonds tailored as zeros known as Separate Trading of Registered Interest and Principal Securities (STRIPS).

Municipalities also worked zeros into their debt structures. The high interest rates during the 1980s made it almost impossible to issue municipal bonds. The Tax Reform Act of 1986 lowered the maximum tax bracket to 33 percent, making the tax-free aspects of municipals less attractive. In the face of high debt costs, declining demand, and decreasing bond ratings, municipalities began issuing zeros with U.S. Treasury-backed zeros as collateral.

PROS AND CONS OF OIDS

There are advantages of OIDs and zeros for both issuers and investors and a distinct tax disadvantage for the investors. The tax effects are discussed below.

The major advantage to an issuer is that because of the lower coupon or stated interest rates, the issuing firm's periodic interest payments are considerably smaller than would otherwise be the case. Another advantage to the issuer is that OlDs tend to carry original yields to maturity that are less than those of similar quality non-OID bonds. One major disadvantage is that OIDs, especially zeros, are rarely callable. This effectively prevents the issuer from taking advantage of lower market interest rates by calling in an outstanding issue. Another disadvantage is the very large cash outflow required at maturity compared to the original proceeds of the issue (but, of course, the firm didn't have to make all of the usual periodic interest payments).

OIDs, whether purchased at issue or in the secondary market, are convenient and affordable in that they require a low initial investment and provide an implied automatic reinvestment of interest. There are some special tax rules, however. Investors are also attracted to deep discount or zero coupon bonds because they have very little reinvestment rate risk. One of the problems facing an investor in securities that pay periodic returns to their holders (either dividends or interest) is how to reinvest those payments in instruments yielding at least as much as the anticipated yield to maturity of the original security. When interest rates are declining, this becomes an increasingly difficult task. By purchasing a zero coupon bond, an investor eliminates this problem because there are no periodic interest payments. Therefore, there is no reinvestment rate risk.

Aside from the adverse tax ramifications discussed below, the major disadvantage of an OID is that because of its very low interest rate relative to the prevailing market rate, the price volatility of these instruments is much greater than traditional debt instruments (see illustration).

The pricing of a zero coupon bond is a straightforward present value computation. It is simply the present value of the face amount of the bond discounted for the time remaining to maturity at the prevailing market rate of interest for bonds of similar risk. For example, assume a 20-year, $10,000 face value zero is issued in a market demanding a 7 percent yield to maturity, compounded semiannually. Its price would be 0.2526 of par, or $2,526, plus commissions. Investors purchasing at that price are able to lock in a compounded rate of interest of 7 percent regardless of what subsequently happens to market rates until the bond matures. This should be recognized as a twoedged sword: an upward change in interest rates, of course, will decrease the market value of zeros and OlDs just as a decrease in interest rates will increase market value. Further, because it has no coupon rate, a zero coupon bond's price volatility, as market rates change, is substantial. And, the longer the maturity of the zero, the greater that volatility will be.

Assuming market interest rates remain at 7 percent, our 7.0 percent, 20-year zero, compounded semiannually, per $10,000 face value, if held by the original purchaser, would have the values shown in Table 1.

Recalling the statement made earlier about the price volatility of OIDS, note that if interest rates should rise to 8 percent at the end of the first year, this bond would decline in value to $2,253, or -16.7 percent. Had the bond been originally issued with a 7 percent coupon, its price would fall from $10,000 to only $9,032, or -9.7 percent.

The yield to maturity for a zero is even easier to calculate. It is simply the interest rate that equates the present value of the face of the bond to its current market price, given the time remaining to maturity.

It is usually easy to spot a zero in published bond quotations since the coupon rate of interest will be replaced with "zr."

OIDS WITH A COUPON.

Investors in OID debt with a coupon or stated interest rate will pay income taxes on both the periodic interest payments received and the annual amortization of the OID. The amortization is calculated using the compound, or effective, interest rate implied in the bond. Both components are taxed at ordinary (i.e., non-capital gain) income tax rates. Investors purchasing previously issued OID bonds at less than face are also subject to this provision.

Brokers who sell OIDs are responsible for keeping a list of OlDs, their issue dates, and issue price to facilitate taxpayers' filing requirements, and are required to file a form 1099-OID to accounts holding OlDs. This form may be insufficient if OlDs are purchased after the issue date in the secondary market, and also because the reporting requirements have periodically changed, as explained in IRS Publication 1212. Publication 1212 also contains a list of OIDs as does Moody's Municipal Bond Guide.

The simplest reporting of OID involves an investor who holds an original issue. The 1099-OID will indicate the taxable portion of the OID for the period. Publication 1212 provides the per-diem rate to use if the bond was sold during the year.

There are special rules for: (1) the reporting of OID for bonds that were originally issued with OID and are then purchased in the secondary market, and (2) the determination of the gain or loss on the sale of a bond with OID. Holders of either taxable or taxexempt OlDs are referred to Internal Revenue Service Publication 550, "Investment Income and Expense." OID rules do not apply to U.S. savings bonds or to OID bonds or obligations with a maturity date of one year or less from the date of issue.

The taxation of both the related implied interest income and interest expense on zeros is covered by special provisions within the Internal Revenue Code.

Since zeros have no stated or coupon interest rate, no interest is either paid or received annually. Nevertheless, the taxpayer must report and pay taxes on the amount accrued each year as though received, and the issuer takes a deduction for the accrued amount as though paid. Using the above example, in the first year of the bond, an investor would report interest income and the issue would report interest expense of $180 ($2,706 - $2,526). Because of the need to pay tax on income never received in cash and the increase in marginal tax rates between 1987 and 1995, the demand for taxable zeros has dried up in recent years. Even taxables, however, may be appropriate investments if they are going to be used to fund individual retirement accounts (IRAs) or Keogh plans since no tax is paid on the earnings in these accounts. Recent changes in the Internal Revenue Code that lowered long-term capital gains tax rates to (generally) a maximum of 20 percent, are causing many investors to reexamine their investing strategies in tax-deferred accounts.

Some, but very few, of the more generous zeros and OlDs have call provisions that issuers would exercise if the refunding would reduce their overall liabilities in the long run. If an OID bond is issued with the intention of calling the debt before maturity, any gain on the retirement or refunding is treated an ordinary income to the investor.

Corporate borrowers find zeros very attractive for the opposite reason: they are able to take annual tax deductions for the implied interest they never pay, even though the cash outflow will not occur until the bond matures. Because they are enjoying the tax deductions for the implied interest before any payments are made, they are effectively lowering their timevalue adjusted, after-tax cost of borrowing.

The market discount and the OID income of municipal zeros are exempt from federal income tax. As a result, except for their use in taxexempt retirement plans, investors now find taxable zeros much less attractive than nontaxables. (Note: changes in the Internal Revenue Code have limited the tax-exempt status of many municipal bonds and rules for taxation at state and local levels are different.)