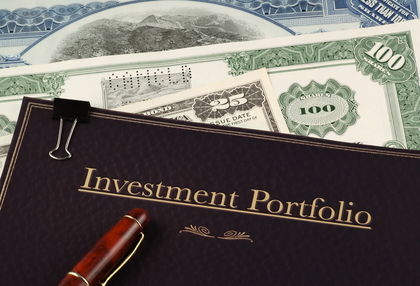 The Securities Exchange Act (SEA) of 1934 was enacted on June 6, 1934, and was meant to oversee and regulate trading on the various U.S. securities markets. Coming on the heels of the stock market crash of 1929, the act was meant to restore investor confidence in securities trading. It was widely believed that the market crash, which heralded the Great Depression, was due in part to deceit, duplicity, and ineptitude on the part of many bankers and stock brokers; structural weaknesses of the institutions they represented; and a lack of government oversight and regulation. Regarded by some economists as one of the best pieces of legislation to come out of President Franklin D. Roosevelt's New Deal, the SEA sought to end securities misrepresentation and manipulation. To this end the act authorized the creation of the Securities and Exchange Commission (SEC). Organized on July 2, 1934, the SEC was meant to promote "just and equitable principles of trade which would be conducive to open, fair, and orderly markets." Prior to the creation of the SEC, the Federal Trade Commission had some regulatory authority over securities trading.

The SEA was preceded by the Securities Act of 1933, which is often referred to as the "truth in securities act." This act required that significant financial information concerning securities being offered in interstate commerce be made available to potential investors, while outlawing fraud, deceit, and misrepresentation in securities offerings. Other similar legislation includes the Public Utility Holding Company Act of 1935, the Trust Indenture Act of 1939, the Investment Advisers Act of 1940, and the Investment Company Act of 1940.

The SEA assigns the SEC broad regulatory and oversight powers. The SEC's responsibilities include: securities markets, self-regulatory organizations, and the conduct of personnel—such as brokers, dealers, and investment advisers—involved in security trading. The SEC has the authority to investigate cases of suspected fraudulent behavior and oversees takeovers and proxy fights for violations. Regulation of mutual funds falls under the purview of the SEC per the Investment Company Act of 1940. The SEC is a quasi-judicial agency and its decisions may be appealed in federal court.

The SEA also provides for the regulation of various trading practices including short sales, wash sales, matched orders, and insider trading. Short sales involve the "borrowing" of a security lot from a broker. Anticipating a drop in the price of the security, the borrower covers the sale by agreeing to buy a future lot of the same security at a hoped-for lower price. The anticipated drop in price represents a profit for the borrower. An increase in the price of the stock, however, represents a loss for the borrower. Selling short is legal but closely regulated by the SEC. By contrast, matched orders, wash sales, and insider trading are all illegal. Matched orders involve a person buying a security lot from one broker while simultaneously selling an identical security lot through another broker. When done on a large-enough scale, matched orders give the appearance of the stock being active and such orders are executed with the intention of driving up the value of the stock. Wash sales are similar to matched orders except the collusion in the buying and selling of the security is between two or more brokers. Inherent in a wash sale is the agreement that neither party will be responsible for actually paying for or delivering the security being manipulated.

Insider trading involves a person profiting from the buying or selling of securities as the result of being privy to nonpublic information. Insiders are allowed to trade in securities issued by the institution in which they are involved, but must register their stock portfolios with the SEC and report all purchases and sales on a monthly basis. Rules governing insider trading are meant to minimize the unfair advantage that insiders have because of their privileged access to strategic nonpublic information.

An insider had always been generally regarded as an officer, director, a 10-percent-plus owner, or anyone having a fiduciary duty to the particular issuer of the securities. In 1997, however, the U.S. Supreme Court endorsed a broadly expanded definition of "insider" to include virtually anyone who trades on the basis of sensitive nonpublic information. As of the decision, the insider need not have a fiduciary duty to the issuer of the security. The six-to-three ruling involved a lawyer who worked for a firm advising a client attempting a planned takeover of the Pillsbury Co. Although the lawyer in question was not involved with the client, he learned through duplicity of the proposed takeover and began trading in Pillsbury stock, making $4.3 million. The Court found that even though the lawyer had no fiduciary duty to the company issuing the stock (Pillsbury), he still violated the "insider" prohibitions of the Securities Exchange Act of 1934. The SEC has also prosecuted a psychiatrist who profited from knowledge of a takeover bid gleaned from a patient and a printer whose security trading was based on a job involving a tender-offer document that had been printed but not yet released to the public. The SEC began prosecuting such cases in 1988 with mixed success until the 1997 ruling.

In 1996 Congress passed, and President Bill Clinton subsequently signed, legislation (PL 104-290) that made a multitude of changes to the Securities Act of 1933, the Securities Exchange Act of 1934, the Investment Advisers Act of 1940, and the Investment Company Act of 1940. The new legislation was meant to rectify overlapping state/SEC rules regulating mutual funds, capital markets, investment advisers, and SEC registration fees and budget. The bill had widespread support throughout the security industry.

Also read article about Securities Exchange Act of 1934 from Wikipedia