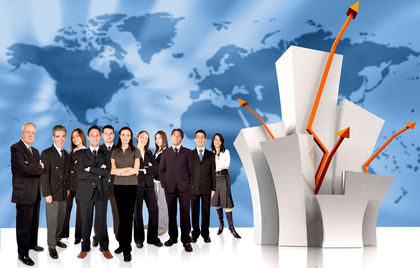 One very broad definition of a stakeholder is any group or individual which can affect or is affected by an organization." Such a broad conception would include suppliers, customers, stockholders, employees, the media, political action groups, communities, and governments. A more narrow view of stakeholder would include employees, suppliers, customers, financial institutions, and local communities where the corporation does its business. But in either case, the claims on corporate conscience are considerably greater than the imperatives of maximizing financial return to stockholders.

Stakeholder theories have grown in number and type since the term stakeholder was first coined in 1963. According to R. Edward Freeman, whose work in stakeholder theory is well known, the stakeholder concept was originally defined as including "those groups without whose support the organization would cease to exist." As a part of management theory and practice, stakeholder theory takes a number of forms. Descriptively, some research on stakeholder theory assumes that managers who wish to maximize their firm's potential will take broader stakeholder interests into account. This gives rise to a number of studies on how managers, firms, and stakeholders do in fact interact. Normatively, other management studies and theories will discuss how corporations ought to interact with various stakeholders.

Again, the contrast with Friedman's view should be evident: if the corporate manager looks only to maximize stockholder wealth, other corporate constituencies (stakeholders) can easily be overlooked. In a normative sense, stakeholder theory strongly suggests that overlooking these other stakeholders is (a) unwise or imprudent and/or (b) ethically unjustified. To this extent, stakeholder theory participates in a broader debate about business and ethics: will an ethical company be more profitable in the long run than a company that looks only to the "bottom line" in any given quarter or year? Those who claim that corporate managers are imprudent or unwise in ignoring various non-stockholder constituencies would answer "yes." Others would claim that overlooking these other constituencies is not ethically justified, regardless of either the short-term or long-term results for the corporation.

Inevitably, fundamental questions are raised, such as "What is a corporation, and what is the purpose of a corporation?" Many stakeholder theorists visualize the corporation not as a truly separate entity, but as part of a much larger social enterprise. The corporation is not so much a "natural" individual, in this view, but is rather constructed legally and politically as an entity that creates social goods. Robert Reich has noted that for many years, the tacit assumption of both corporate chiefs and U.S. political leaders was that "the corporation existed for its shareholders, and as they prospered, so would the nation." Yet that "root principle" may no longer be valid, according to many critics of corporate aims and activities in a global economy.

Moreover, the assumption that the corporate pursuit of profit would inevitably lead to social gain is a fairly recent one. In the first century of the United States, it was widely assumed that the corporate form could only be used for public purposes. Charters were not given out by legislatures as a matter of right, but only for public convenience or necessity. Sometime in the 1880s, states (such as New Jersey and Delaware) began to grant charters for nonpublic purposes, enhancing state revenues in the process. For most of the 20th century, the assumption has been that what is good for corporate America is also good for America. But, as Reich has noted, that assumption is being reconsidered.

Half the states in the United States have put into law "corporate constituency statutes" that make it permissible (but not mandatory) for corporate managers to take non-stockholder constituencies (stakeholders) into account. The legal effect of such laws may be to insulate officers and directors from liability for failing to maximize profits to shareholders, though it may be too early to predict the impact of such statutes. Moreover, such statutes are fairly open-ended, as they do not specify the weights that managers ought to assign to various corporate stakeholders. In this respect, the statutes are much like stakeholder theory itself: beyond the basic insight that corporations ought (as a matter of profitable prudence or morality) to consider non-shareholder interests, the competing claims and priorities of various constituencies are seldom defined or prioritized.

On an even more general level, there are various proposals and studies on reinventing the corporation, requiring federal charters for corporations, or adding a social responsibility amendment to the U.S. Constitution to require corporations to prove that their activities serve the common good. Legally, such proposals will have little momentum as long as corporate activities are perceived to provide social goods (jobs, new and useful products) without excessive social harms (pollution, socially suspect messages, harmful products). The public perceptions of the ethics or business in general and corporations in particular have gone through several cycles in U.S. history, and further restrictions on U.S. corporations are unlikely as long as most Americans participate in economic gains.

In the meantime, business managers may beneficially consider non-shareholder constituencies. The motivation for doing so may be pragmatic (for the long-term well-being of the company) or normative (for moral reasons), but the law does not currently require corporations or their managers to implement stakeholder theory.

Greider, William. One World, Ready or Not: The Manic Logic of Global Capitalism. New York: Simon and Schuster, 1997.

Reich, Robert B. "Corporation and Nation." Atlantic Monthly, May 1988.

if reliance energy is putting a 1000 MW thermal plant in uttar pradesh then what is its objective?who aree the market and non market stakeholders in this situation? are there any interests that will make these stake holders oppose or favor the project.

no comments what is the solution to this problem?