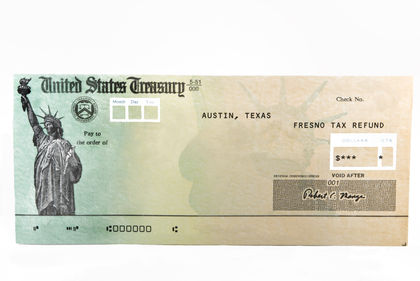 Popularly known as T-bills, U.S. Treasury bills are short-term debt securities issued by the U.S. Department of the Treasury. They generally come in three maturities: 13 weeks (also cited as three months or 91 days), 26 weeks (six months or 182 days), and 52 weeks (one year or 364 days). Along with other longer-term Treasury instruments such as U.S. Treasury notes (1- to 10-year maturities) and bonds (30-year maturities), T-bills are widely held, highly liquid, and low-risk investments. Most trading in T-bills, however, is done by institutional investors such as banks, brokerages, investment funds, and other types of firms.

Two markets exist for T-bills and other Treasury securities: the primary market and the secondary market. The primary market is through periodic auctions by the U.S. Treasury. They may then be resold any number of times on the secondary market, where they often serve as money market instruments, or short-term, low-risk, low-yield repositories for large sums of money. Interest earned on T-bills is tax-exempt at the state and local levels. Another attractive feature of T-bills is that they may be purchased in denominations as low as $10,000, which is considerably smaller than the minimum denominations of many other money market instruments, which may be $1 million or more apiece. This active secondary market ensures that Treasuries are highly liquid and flexible investments.

The Treasury holds auctions for the 13-week and 26-week T-bills every Monday (or the next business day when the financial markets are closed on Monday). Auctions for the 52-week bill occur on Tuesdays every fourth week. Details on all upcoming auctions, including the total face value to be issued of each maturity, are announced weekly on Thursdays. New T-bills are actually issued a few days after the auction, typically on Thursdays.

T-bills are sold at a discount, and prices are quoted as a percentage of the maturity value. The discount is the difference between the face value and the purchase price, and represents the interest earned on the investment. Unlike Treasuries with longer maturities, T-bills don't pay periodic interest payments; the full value of the interest is factored into the discount and earned if the bill is held to maturity.

The discount rate, also called the discount yield, on T-bills is determined by the competitively determined purchase price and may be calculated using the bank-discount method as follows:

For example, if the average purchase price at auction for a 13-week bill is $98.835 per $100 of par value, the discount yield would be found as follows:

However, for some purposes the discount rate is believed to underestimate the real return on investment because it is the rate of return on the face value of the bill, rather than the return on the amount actually invested (i.e., the purchase price). As an alternative, some prefer to calculate the investment rate as follows:

Money center banks, securities dealers, and other institutional investors submit the majority of competitive bids in T-bill auctions. Individuals may purchase new issues of T-bills in several ways: (1) from the Treasury's Bureau of Public Debt or one of the Federal Reserve Banks (a paper bid can be mailed); (2) over the phone or the Internet through the TreasuryDirect system; or (3) through a broker or bank.

Secondary market trading of T-bills is typically reported in the financial news in terms of the discount rate bid and asked, instead of the purchase and selling prices per unit of face value, as is done in the primary market. For example, a secondary market listing may show that a T-bill with 30 days left to maturity was bid at 3.87 percent and asked at 3.83 percent. Both the bid and asked price are calculated using the bank-discount method given by

and the asked price would be

Since the spread is the asked price less the bid price, in this example the dealer's spread is $9,968.08 - $9,967.75, or a modest $0.33 per $10,000. Since the dealer is likely handling millions of dollars worth of T-bills, this would amount to a more substantial profit when the total value of the bills is considered. For the buyer who pays the asked price, the yield if held to maturity would be calculated by the investment return rate formula above, which would equal 3.896 percent. Financial papers typically publish this amount under the heading "ask yield" or something on that order.

In order for the dealer to have a positive spread, i.e., to make a profit, the asked price is always higher than the bid price. Because price and discount rate have an inverse relationship, this means the asked discount rate is always slightly lower than the bid rate, typically by just a few basis points. Spreads tend to be more narrow the longer the time left to maturity.