This category covers establishments engaged primarily in furnishing passenger transportation by automobiles not operated on regular schedules or between fixed terminals. Taxicab fleet owners and organizations are included, regardless of whether drivers are hired or rent their cabs or are otherwise compensated. Establishments primarily engaged in furnishing passenger transportation by automobile or bus—to, from, or between airports or rail terminals—over regular routes, are classified under SIC 4111: Local and Suburban Transit. Taxi cab associations and similar organizations that supply maintenance and repair services to their members are classified under SIC 4173: Bus Terminal and Service Facilities.

In the latter 1990s, U.S. consumers spent an estimated $10.5 billion annually on taxis. By 2001, there were 3,086 taxi service establishments, employing a total of 30,281 workers with a payroll of $489 million. Most of the companies were small; approximately 2,500 employed fewer than 10 workers. The majority of the drivers were either independent contractors licensed through and renting their vehicles from the taxi companies, or owneroperators affiliated with a taxi company or association. The industry continued to face competition from limousine services, executive sedans, and airport/hotel shuttle services. To compete, by 2003 taxi services were offering online bookings and vehicles equipped with televisions, as well as newer, more fuel-efficient vehicles.

Most taxi companies followed a similar organizational pattern. Managers—sometimes the company owners—ran the business, hired drivers, and performed other administrative duties. Dispatchers took calls and assigned cabs to passenger locations. In large companies, some dispatchers worked in two-person teams, one taking incoming calls and the other dispatching them. The position of dispatcher once represented a promotion awarded to experienced cab drivers, whose familiarity with the city best qualified them for the job. However, the increase in computer-based dispatching in the early 1990s prompted cab companies to favor computer skills over specialized knowledge of local geography when filling the dispatcher position.

Regulation of the U.S. taxi industry varied from city to city. While almost all cities had some form of licensing 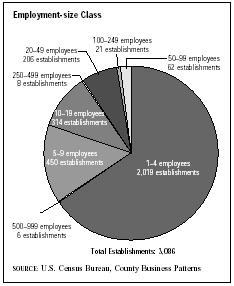 requirements, larger urban areas had the strictest regulations. In New York, for example, the number of licenses or "medallions" allotted the industry remained at 11,787 from 1937 until 1996. In 1996, 133 additional medallions were auctioned at prices between $172,000 and $221,000. Applicants for a taxi driver's license in New York were required to complete a 40-80 hour training course and pass an English exam, as well as a final exam. About 30 percent of applicants failed the English exam, and 33 percent failed the final exam. Boston's regulations were similar to those of New York, with the number of available medallions frozen at 1,525 and selling for approximately $90,000 in the 1990s.

In most cities, regulations focused on fares charged to customers, with rates assigned to designated zones of the city. Seattle and Phoenix experimented with deregulating their cab industry in 1979 and 1982, respectively. Fare limits were imposed only on trips to and from airports, to protect tourists from unscrupulous drivers. After some initial price wars, cab fares eventually stabilized in Phoenix, but Seattle re-regulated its industry in 1996, following years of declining service quality. The new regulations called for dress codes, standard per-mile fees, mandatory geography and language testing for drivers, and age limits on vehicles.

With the trend toward energy efficiency, new products began to emerge. A joint venture between British, Belgian, and American companies built electric-powered taxis starting in 2000 for use in New York City. London's Zevco (Zero Emissions Vehicle Company) was the world's first company to launch the first fuel-cell powered taxi.

By 2002, Honda got in on the act, with natural gaspowered Civics joining fleets in Connecticut after a two year ban. By 2003, compressed natural gas was the clear winner in terms of passenger satisfaction, causing problems for cab companies that did not offer this option.

In an effort to compete with the rising popularity of other forms of transportation, taxi services in large markets began equipping their vehicles with televisions. Far more than providing entertainment for the passenger, the televisions were offering opportunities for advertising to an audience that can't change the channel. Future plans included interactivity, allowing passengers to check show times and purchase tickets.

In 2003, The Wall Street Journal reported that New York City taxis may soon be the vehicles next in line for black boxes, due to their tendency to be involved in accidents.

There were 3,086 taxi service establishments in 2001, employing a total of 30,281 workers. Until the mid-1970s, drivers were usually employees of cab companies, with salaried jobs and standard benefits. However, in the late 1970s most companies began hiring drivers as independent contractors. Under this arrangement, drivers paid a flat per-day fee to the company and paid for all expenses out of their take from fares but did not receive employee benefits such as insurance. In another, similar arrangement, some drivers earned a percentage of total fares, plus tips, which averaged 15 percent of a fare. Work hours varied, with full-time drivers often working as many as twelve hours a day, six days a week. Cab drivers' average salary was reported at $20,000-$40,000 a year in 1997.

Studies performed by the National Institute for Occupational Safety and Health in the 1990s indicated that in the U.S. workforce, cab drivers were at the greatest risk of being killed on the job. These studies reported that from 1990 to 1992, 22.7 out of every 100,000 cabbies were murdered while performing work-related duties. The national average rate of death at the workplace during this time was 0.70 per 100,000 workers. In 1998, 82 taxi drivers lost their live son the job, roughly 60 percent from assault and violence and 40 percent from transportation accidents.

A self-drive taxi system, jointly developed by the French government and the car maker Renault, began testing in Paris in 1996. Under this system, drivers who registered for "smartcards" could access and drive 50 electric cars scattered around the city, then abandon the car when they reached their destination. French officials hoped this hybrid public-private form of transportation would ease traffic congestion by encouraging drivers to leave their own cars at home. New York City's 12,000-car taxicab fleet was poised for a makeover following the decision by General Motors to discontinue production of the Chevrolet Caprice, which, along with Ford Motor Company's Crown Victoria, made up the majority of the city's cabs. The mix of cars in the next generation fleet promised to strike a decidedly contemporary note with the addition of Ford Explorers and Honda Odyssey mini vans, approved for use by the Taxi and Limousine Commission (TLC) after withstanding six months of testing. The TLC also approved a number of sedans for experimental use, including the Lincoln Town Car and the Mercury Grand Marquis. In keeping with tradition, the new cabs were to be yellow.

In addition to the efforts to incorporate more alternative-fuel vehicles into taxi fleets, several other innovations were changing the way businesses operated. Early experiments with satellite dispatching systems—in which a satellite identified a cab's position to within 10 feet and sent computerized dispatch instructions to a terminal on the cab's dashboard—reportedly doubled ridership for some taxi companies. Satellite dispatching systems allowed more efficient assignment of cabs to passengers and offered customer service features such as a customer "call out" system, in which a computer called the customer and gives an estimated time of arrival, credit card payment systems, and computerized rate quotation. By 2003, there were Internet companies springing up that allowed bookings to be made online.