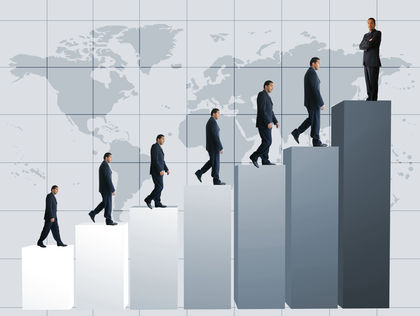 The idea of first-mover advantage is similar to the old adage, "the early bird gets the worm." In business, being the first company to sell a new product may provide long-lasting benefits or competitive advantages. Most researchers use the term, "first mover" to refer to the first company to enter a market, not the first company to develop a product (the inventor). First movers are also called market pioneers. The benefits of pioneering may result in market dominance and higher-than-average profitability over time. There are several reasons why these benefits may develop, but research has shown that being the first mover does not always provide advantages. Sometimes there are even first-mover disadvantages, where companies that enter a market later can achieve superior results to those attained by the first-mover firm.

For example, Amazon.com was the first major online bookstore, seizing a head start on later entrants. Established book retailers Barnes & Noble and Borders were quick to develop their own Web sites. Amazon maintained their first-mover advantage in two ways; by partnering with Borders and continuing to extend their product offerings into apparel, electronics, toys, and housewares. This negated any customer preference for purchasing from Barnes & Noble by becoming a much larger, one-stop-shopping destination. Company strategists need to decide if they are likely to benefit from being first, or whether it would be better to wait and follow the leader.

There are two stages to developing first-mover advantages. First, a company must have an opportunity to be first at something, either through skill or luck. Second, the firm must be able to capture the benefits of being first. In their award-winning article, professors Marvin Lieberman and David Montgomery of Stanford University described three benefits of being first: technology leadership, control of resources, and buyer switching costs.

First, early entrants can lead other companies in their understanding and use of technology in ways that are hard for later entrants to copy. One way this can happen is that the early entrant learns how to reduce the costs of producing a product through accumulated experience in producing it. This is called a "learning" or "experience" curve effect. Unless later entrants can learn how to produce at these lower costs faster than the first entrant did, the first entrant will have a cost advantage. Harvard University Professor Michael Porter discusses how Procter & Gamble developed an advantage in disposable diapers in the United States. However, researchers have found that in most industries it is relatively easy for later entrants to learn new technology quickly and overcome the lead held by the first-mover firm.

Another way that a first mover may benefit from technology leadership is by applying for patents for their technology to try to prevent other companies from copying it. Patents appear to protect first-mover advantages in some industries, such as pharmaceuticals. In many industries, though, later entrants can invent their own technology quickly enough so that the first-mover's patent protection does not matter. A stronger advantage from technology leadership arises when the first mover can establish their product as the industry standard, making it more difficult for followers to gain customer acceptance.

The second type of first-mover benefit is the ability to control a resource necessary for the business that is better than resources later entrants must use. For example, the first company to open a new type of restaurant in town may obtain the best location. This is considered to be one of the advantages exploited by Wal-Mart when they were the first to locate discount stores in small towns. Other resources that a first entrant may be able to control include a supply of raw materials needed to make the product, or access to shelf space at the supermarket. First-mover firms also have the opportunity to build resources that may discourage entry by other companies. For example, the first mover may increase production capacity or broaden their product line, signaling that there is not enough room for followers to enter and profit.

The final type of benefit that first movers may enjoy comes from buyer-switching costs. If it is costly or inconvenient for a customer to switch to a new brand, the first company to gain the customer will have an advantage. Switching costs include adapting to a new product (e.g., employee training), and penalties associated with breaking a long-term contract. Especially for consumer products, the first mover has the opportunity to shape consumer preferences. The first company to offer a product of acceptable quality may earn brand loyalty. Satisfied consumers tend not to spend time seeking information about other products, and tend to avoid the risk of being dissatisfied if they switch. The pioneering brands in many product categories, such as Coca-Cola soft drinks and Kleenex facial tissues, often dominate their markets for a long time. These brand preferences appear to be more important for products purchased by consumers than for products purchased by businesses. Businesses buy products in larger volume and have more incentive to search for information about lower-cost options.

Three types of benefits—technology leadership, control of resources, and buyer switching costs—can provide long-lasting first-mover advantages. However, researchers believe that in many industries, companies entering later can overcome these advantages. Sometimes there are even first-mover disadvantages, or advantages enjoyed by companies who enter later. For example, the first entrant may invest heavily in enticing customers to try a new type of product. Later entrants would benefit from informed buyers without having to spend as much on education. Later entrants may be able to avoid mistakes made by the first movers. If first movers become complacent, later entrants may take advantage of changing customer needs. As the Internet continues to develop, technology companies find themselves especially susceptible to second- or later-mover success. Follower companies are reverse-engineering many new products to develop competing products either faster or cheaper—negating much of the first-mover advantage.

Researchers are continuing to learn under what conditions first-mover advantages are most likely to occur. They are looking for differences across industries and geographic markets. For example, consumer product markets appear to offer more first-mover advantages than industrial markets, but more research is needed on service industries. Little is known about first-mover effects in countries other than the United States, though some evidence suggests that pioneering advantages may be stronger in other countries. Another important factor appears to be the ability of the first-mover firm to use their other resources to maintain the initial advantage of being first. For example, a firm that is already strong in marketing and distribution may be better able to sustain a lead with a new product than a newly-formed company. Researchers are also studying successful follower strategies.

Given the uncertainty about when first-mover advantages occur, companies need to carefully consider their strategy. Does the firm want to invest in seeking opportunities to be first? If opportunities arise, what is the best approach to market timing? Which of the three types of benefits are likely to be available to the first entrant in this market? Does the firm have the resources to sustain any initial benefits they gain from being first? If someone else enters first, how difficult will it be to follow? What advantages might later entry provide in better or lower-cost technology, or better adaptation to customer needs? Although first-mover advantages may be attractive, there are also advantages to being a follower. Company strategists need to decide which approach has the highest potential for long-term profits given their resources and market characteristics.

Mittal, Sharad, and Sanjeev Swami. "What Factors Influence Pioneering Advantage of Companies?" Vikalpa: The Journal for Decision Makers 29, no. 3 (2004): 15–33.