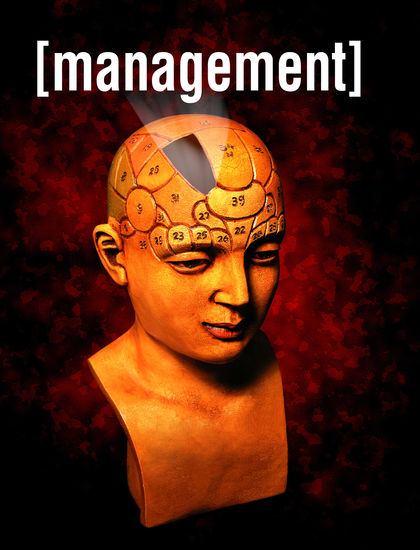 World War II posed many military, strategic, logistic, and tactical problems. Operations research teams of engineers, mathematicians, and statisticians were developed to use the scientific method to find solutions for many of these problems.

Management science techniques are used on a wide variety of problems from a vast array of applications. For example, integer programming has been used by baseball fans to allocate season tickets in a fair manner. When seven baseball fans purchased a pair of season tickets for the Seattle Mariners, the Mariners turned to management science and a computer program to assign games to each group member based on member priorities.

Similarly, linear programming can be used in marketing research to help determine the timing of interviews. Such a model can determine the interviewing schedule that maximizes the overall response rate while providing appropriate representation across various demographics and household characteristics.

Workforce assignment problems can also be solved with management science techniques. For example, when some personnel have been cross-trained and can work in more than one department, linear programming may be used to determine optimal staffing assignments.

Airports are frequently designed using queuing theory (to model the arrivals and departures of air-craft) and simulation (to simultaneously model the traffic on multiple runways). Such an analysis can yield information to be used in deciding how many runways to build and how many departing and arriving flights to allow by assessing the potential queues that can develop under various airport designs.

Linear programming can be applied to a variety of business problems, such as marketing mix determination, financial decision making, production scheduling, workforce assignment, and resource blending. Such problems are generally solved using the "simplex method."

The local Chamber of Commerce periodically sponsors public service seminars and programs. Promotional plans are under way for this year's program. Advertising alternatives include television, radio, and newspaper. Audience estimates, costs, and maximum media usage limitations are shown in Exhibit 1.

If the promotional budget is limited to $18,200, how many commercial messages should be run on each medium to maximize total audience contact? Linear programming can find the answer.

equations and solves the equations by finding the best solution for the system of equations. This method first finds an initial basic feasible solution and then tries to find a better solution. A series of iterations results in an optimal solution.

Georgia Television buys components that are used to manufacture two television models. One model is called High Quality and the other is called Medium Quality. A weekly production schedule needs to be developed given the following production considerations.

Given the above situation, the simplex method can provide a solution for the production allocation of High Quality models and Medium Quality models.

Dynamic programming is a process of segmenting a large problem into a several smaller problems. The approach is to solve the all the smaller, easier problems individually in order to reach a solution to the original problem.

This technique is useful for making decisions that consist of several steps, each of which also requires a decision. In addition, it is assumed that the smaller problems are not independent of one another given they contribute to the larger question.

Dynamic programming can be utilized in the areas of capital budgeting, inventory control, resource allocation, production scheduling, and equipment replacement. These applications generally begin with a longer time horizon, such as a year, and then break down the problem into smaller time units such as months or weeks. For example, it may be necessary to determine an optimal production schedule for a twelve-month period.

Dynamic programming would first find a solution for smaller time periods, for example, monthly production schedules. By answering such questions, dynamic programming can identify solutions to a problem that are most efficient or that best serve other business needs given various constraints.

Goal programming is a technique for solving multi-criteria rather than single-criteria decision problems, usually within the framework of linear programming. For example, in a location decision a bank would use not just one criterion, but several. The bank would consider cost of construction, land cost, and customer attractiveness, among other factors.

Goal programming establishes primary and secondary goals. The primary goal is generally referred to as a priority level 1 goal. Secondary goals are often labeled level 2, priority level 3, and so on. It should be noted that trade-offs are not allowed between higher and lower level goals.

Assume a bank is searching for a site to locate a new branch. The primary goal is to be located in a five-mile proximity to a population of 40,000 consumers. A secondary goal might be to be located at least two miles from a competitor. Given the no trade-off rule, we would first search for a target solution of locating close to 40,000 consumers.

Areas of business that use integer linear programming include capital budgeting and physical distribution. For example, faced with limited capital a firm needs to select capital projects in which to invest. This type of problem is represented in Table 1.

A set of equations is developed from the definitions to provide an optimal solution.

Nonlinear programming is useful when the objective function or at least one of the constraints is not linear with respect to values of at least one decision variable. For example, the per-unit cost of a product may increase at a decreasing rate as the number of units produced increases because of economies of scale.

The computing center at a state university has been experiencing computer downtime. Assume that the trials of an associated Markov Process are defined as one-hour periods and that the probability of the system being in a running state or a down state is based on the state of the

system in the previous period. Historical data in Table 2 show the transition probabilities.

The Markov process would then solve for the following: if the system is running, what is the probability of the system being down in the next hour of operation?

Given the above information, programs are developed that balance costs and service delivery levels. Typical applications involve supermarket checkout lines and waiting times in banks, hospitals, and restaurants.

Delay problems are expected if more than three customers arrive during any five-minute period. Waiting line models can determine the probability that delay problems will occur.

The transportation method is a specific application of the simplex method that finds an initial solution and then uses iteration to develop an optimal solution. As the name implies, this method is utilized in transportation problems.

A company must plan its distribution of goods to several destinations from several warehouses. The quantity available at each warehouse is limited. The goal is to minimize the cost of shipping the goods. An example of production capacity can be found in Table 3. The forecast for demand is shown in Table 4.

Simulation is used to analyze complex systems by modeling complex relationships between variables with known probability distributions. Random values from these probability distributions are substituted into the model and the behavior of the system is observed. Repeated executions of the simulation model provide insight into the behavior of the system that is being modeled.