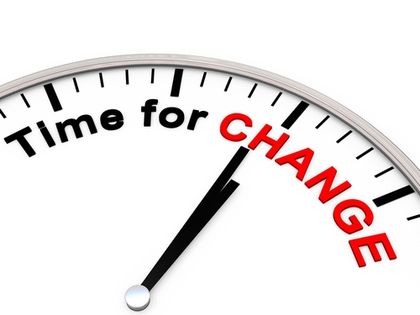 Workplace change occurs rapidly and often in many businesses. This change may take place in order to respond to a new opportunity or to avoid a threat to the company. Regardless of the reason, change can be difficult for all involved; managers and employees face new challenges with change, and managers must learn to ease the difficulty of the transition. One of the major issues associated with managing change is reactive versus proactive responses to change. This entry will discuss proactive and reactive responses to change, the major models of organizational change, and the responsibilities of change managers with special emphasis on the roles of transitional management teams and change agents.

PROACTIVE AND REACTIVE
RESPONSES TO CHANGE

Proactive change involves actively attempting to make alterations to the work place and its practices. Companies that take a proactive approach to change are often trying to avoid a potential future threat or to capitalize on a potential future opportunity. Reactive change occurs when an organization makes changes in its practices after some threat or opportunity has already occurred. As an example of the difference, assume that a hotel executive learns about the increase in the number of Americans who want to travel with their pets. The hotel executive creates a plan to reserve certain rooms in many hotel locations for travelers with pets and to advertise this new amenity, even before travelers begin asking about such accommodations. This would be a proactive response to change because it was made in anticipation of customer demand. However, a reactive approach to change would occur if hotel executives had waited to enact such a change until many hotel managers had received repeated requests from guests to accommodate their pets and were denied rooms.

In the late 1940s social psychologist Kurt Lewin developed a three-step model for implementing change based on the concept of force field analysis. Force field analysis addresses the driving and resisting forces in a change situation. Driving forces must outweigh resisting forces in a situation if change is to occur. Thus, managers must be willing to advocate change strongly in order to overcome resistance from employees.

There are three steps in Lewin's model. The first step is "unfreezing," which involves dismantling those

things that support or maintain the previous behavior. In an organization, these elements of the old could be the compensation system or the approach to performance management. In the second step, the organization "presents a new alternative." This means introducing a clear and appealing option for a new pattern of behavior. The final step in this model is "freezing" which requires that changed behavior be reinforced both formally and informally in the organization. It is in this step that managers can have a great amount of influence through their use of positive reinforcement.

Lewin's model does not explicitly state the notion that simply introducing change will result in the change being adopted or being sustained over the long run. If an attempt to create change in the organization is unsuccessful, it means that there is a problem in one of the three steps in the model.

R.J. Bullock and D. Batten derived their ideas from project management and they recommend using exploration, planning, action, and integration for planned change. Exploration occurs when managers confirm the need for change and secure resources needed for it. These resources may be physical or they may be mental, such as managers' expertise. The next step, planning, occurs when key decision makers and experts create a change plan that they then review and approve. Next, action occurs with enactment of the plan. There should be opportunities for feedback during the action phase. Finally, integration begins when all actions in the change plan have taken place. Integration occurs when the changes have been aligned with the organization and there is some degree of formalization, such as through policies and procedures in the organization.

John P. Kotter identified eight steps every organization must follow in order to reap long-term benefits from organizational change: establish a sense of urgency; form a powerful guiding coalition; create a vision and strategy; communicate the vision; empower others to act on the vision; generate short-term wins; consolidate improvements and produce still more change; and institutionalize the new approach (i.e., make it a part of the organizational culture).

The first step, establishing a sense of urgency, involves selling the need for change to managers and employees. Kotter recommends creating a "felt-need" for change in others. The second step is for managers to create a powerful group of people who can work together to enact change. Their power will be a driving force in encourages others to adopt change. Third, the organization must have a vision that will guide the entirety of the change effort, and this vision must be communicated repeatedly (step four)—as much as ten times as often as one would expect to.

Steps five through eight occur after the sense of urgency is created, and these steps are easier to delegate or decentralize. In step five, others in the organization are empowered to act on the vision. Managers should assist in this process by eliminating barriers such as old systems or structures. Step six asks managers to plan for and to create short-term wins. This means that small improvements should be recognized and celebrated publicly. In step seven, the current improvements are built upon with new projects and resources. Finally, in step eight, the new approaches should be institutionalized; that is, they should become a routine path to organizational success.

The change formula is a mathematical representation of the change process (see Exhibit 1). The basic notion is that, for change to occur, the costs of change ( X ) must be outweighed by dissatisfaction with the status quo ( A ), the desirability of the proposed change ( B ), and the practicality of the change ( D ). There will be resistance to change if people are not dissatisfied with the current state of the organization ( A ), or if the changes are not seen as an improvement ( B ), if the change cannot be done in a feasible way ( D ), or the cost is far too high ( X ).

This formula can also be conceptualized as ( A × B × D ) > X. The multiplicative nature of this formula indicates that if any variable is zero or near zero, resistance to change will not be overcome. In other words, the variables of A, B, and D do not compensate for one another, and when one is very low, the cost of change is likely to be too high.

In this model, effective change occurs when all four components (work, people, formal, and informal organization) are managed, because they are all interrelated. A change in the work procedures themselves may not be effective if the people do not have the capabilities to engage in the new practices. A change to the formal organization may not be effective if the beliefs and values of people (i.e., the informal organization) do not support it. If there is a lack of congruence among these four elements, then there is resistance to change. Furthermore, there may be control issues in which there is confusion over who regulates the new structures and processes. Finally, power problems may occur as managers and employees feel threatened that their current power may be removed by the change.

Bridges describes three phases of transition: ending, neutral zone, and new beginning. Ending is similar to Lewin's concept of unfreezing in that you must end a current situation before you can begin something new. So, in this phase, old structures, practices, and behaviors must be stopped. Ideally, this ending can be commemorated or marked in some way. In the second phase, the neutral zone, the old practices have been stopped, but new ones have not yet been adopted. In this phase, many employees will feel disoriented and anxious; nevertheless, it may be a time in which creativity rises. Finally, new beginnings are not planned and predicted, but must evolve as organizational members psychologically adjust to transition. Managers can encourage, support, and reinforce these new beginnings. Bridges recommends that four key elements be communicated to people during a new beginning: the purpose behind the change; a picture of how the organization will be after the change; a step-by-step plan to get to that stage; and the part they can play in that outcome.

Senge and colleagues encourage managers to think like biologists when approaching organizational change. That is, to better understand how organizations react to change, one should view them as systems bound by many interrelated actions that may affect each other over a long period of time. To enact change, Senge et al recommend that managers start small, grow steadily, do not plan the whole thing, and expect challenges. Furthermore, Senge et al offer a number of issues related to the challenges of first initiating change, then sustaining that change, and finally redesigning and rethinking change.

In some organizations that are experiencing change, a specific group of managers is chosen to coordinate change through-out an organization. This transition management team typically consists of eight to twelve people whose full-time responsibilities are to manage and facilitate the change process in the organization. Transition management teams are responsible not only for the structural and procedural changes that occur, but also for managing emotions and resistance to change. These teams typically report to the chief executive officer of the company on a regular basis.

Transition management teams do the day-to-day work involved in change management, and they are not simply another layer of management between top management and line employees. Furthermore, they are not the planning committee; these teams do not develop the plans for the change, they only facilitate the change that is being enacted. Neither are they responsible for determining when and where change is needed, or how it will be brought about. Instead, they manage changes that have been identified and implemented by upper management. Finally, these teams are not permanent. They exist only while the organization is in flux, and they are dissolved once the company has successfully changed.

A change agent is one person who is formally in charge of guiding a change effort. The change agent is typically a part of organizational development, which is a set of planned change interventions intended to improve a company's long-term performance and survival. A change agent may be appointed from within the ranks of current company managers, or the agent may be an outside consultant who is brought in during the period of change. Unlike the transition management team, which only facilitates a change that has been identified and planned by others, the change agent is involved in all steps of organizational change. The agent helps to clarify problems, gather relevant information, assist managers in creating a plan, evaluate the plan's effectiveness, and implement the plan. After change has been successfully enacted, the change agent either returns to his or her normal duties (if this person is from within the organization), or ends his or her work with the company (if this person is a consultant).

Change managers are responsible for garnering support for change and overcoming resistance to change. There are ten techniques that change managers can use to accomplish this:

Managing change can be a reactive or a proactive process, and there are a number of different models of organizational change. Each model emphasizes different approaches to understanding and managing change. In many of these models, the role of the change manager is emphasized. The change manager may be a part of a transitional management team or may be a change agent. This person facilitates the changes to the organization and is often a critical element in the success or failure of the change.