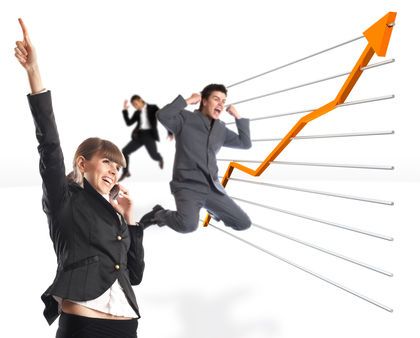 BACKGROUND AND DEVELOPMENT
OF REINFORCEMENT THEORY

Behavioral theories of learning and motivation focus on the effect that the consequences of past behavior have on future behavior. This is in contrast to classical conditioning, which focuses on responses that are triggered by stimuli in an almost automatic fashion. Reinforcement theory suggests that individuals can choose from several responses to a given stimulus, and that individuals will generally select the response that has been associated with positive outcomes in the past. E.L. Thorndike articulated this idea in 1911, in what has come to be known as the law of effect. The law of effect basically states that, all other things being equal, responses to stimuli that are followed by satisfaction will be strengthened, but responses that are followed by discomfort will be weakened.

B.F. Skinner was a key contributor to the development of modern ideas about reinforcement theory. Skinner argued that the internal needs and drives of individuals can be ignored because people learn to exhibit certain behaviors based on what happens to them as a result of their behavior. This school of thought has been termed the behaviorist, or radical behaviorist, school.

As mentioned above, punishment attempts to decrease the probability of specific behaviors being exhibited. Punishment is the administration of an undesirable behavioral consequence in order to reduce the occurrence of the unwanted behavior. Punishment is one of the more commonly used reinforcement-theory strategies, but many learning experts suggest that it should be used only if positive and negative reinforcement cannot be used or have previously failed, because of the potentially negative side effects of punishment. An example of punishment might be demoting an employee who does not meet performance goals or suspending an employee without pay for violating work rules.

Extinction is similar to punishment in that its purpose is to reduce unwanted behavior. The process of extinction begins when a valued behavioral consequence is withheld in order to decrease the probability that a learned behavior will continue. Over time, this is likely to result in the ceasing of that behavior. Extinction may alternately serve to reduce a wanted behavior, such as when a positive reinforcer is no longer offered when a desirable behavior occurs. For example, if an employee is continually praised for the promptness in which he completes his work for several months, but receives no praise in subsequent months for such behavior, his desirable behaviors may diminish. Thus, to avoid unwanted extinction, managers may have to continue to offer positive behavioral consequences.

Reinforcement theory is an important explanation of how people learn behavior. It is often applied to organizational settings in the context of a behavioral modification program. Although the assumptions of reinforcement theory are often criticized, its principles continue to offer important insights into individual learning and motivation.