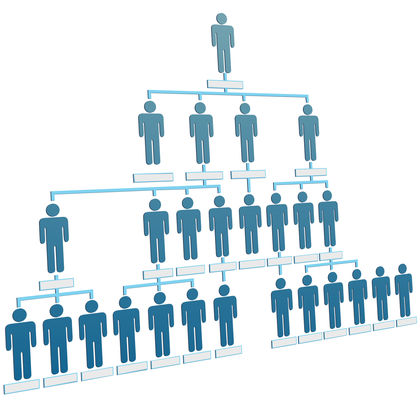 Succession planning is a critical part of the human resources planning process. Human resources planning (HRP) is the process of having the right number of employees in the right positions in the organization at the time that they are needed. HRP involves forecasting, or predicting, the organization's needs for labor and supply of labor and then taking steps to move people into positions in which they are needed.

Despite its many advantages, internal selection can also have some drawbacks. While the opportunities for advancement may be motivating to employees who believe that they can move up within the organization at a future date, those employees who feel that they have been passed over for promotion or are at a career plateau are likely to become discouraged and may choose to leave the organization. Having an employee who has been trained and socialized by the organization may limit the availability of skills, innovation, or creativity that may be found when new employees are brought in from the outside. Finally, internal selection still leaves a position at a lower level that must be staffed from the outside, which may not reduce recruitment and selection costs.

Many companies organize their management training and development efforts around succession planning. However, not all organizations take a formal approach to it, and instead do so very informally, using the opinions of managers as the basis for promotion, with little consideration of the actual requirements of future positions. Informal succession planning is likely to result in managers who are promoted due to criteria that are unrelated to performance, such as networking within and outside of the organization. Organizations would be better served by promoting managers who were able to successfully engage in human resource management activities and communicate with employees. Poor succession planning, such as just described, can have negative organizational consequences. Research indicates that poor preparation for advancement into managerial positions leaves almost one-third of new executives unable to meet company expectations for job performance. This may have negative repercussions for the newly promoted manager, the other employees, and the company's bottom line.

Engaging in human resources planning by forecasting the organization's needs for employees at upper levels is the first step in succession planning. Some staffing needs can be anticipated, such as a known upcoming retirement or transfer. However, staffing needs are often less predictable—organizational members may leave for other companies, retire unexpectedly, or even die, resulting in a need to hire from outside or promote from within. The organization should do its best to have staff available to move up in the organization even when unexpected circumstances arise. Thus, accurate and timely forecasting is critical.

The second major step for succession planning is to define and measure individual qualifications needed for each targeted position. Such qualifications should be based on information from a recent job analysis. Once these qualifications are defined, employees must be evaluated on these qualifications to identify those with a high potential for promotion. This may involve assessing both the abilities and the career interests of employees. If a lower-level manager has excellent abilities but little interest in advancement within the organization, then development efforts aimed at promotion will be a poor investment.

To determine the level of abilities of employees within the organization, many of the same selection tools that are used for assessing external candidates can be used, such as general mental ability tests, personality tests, and assessment centers. However, when selecting internally, the company has an advantage in that it has much more data on internal candidates, such as records of an employee's career progress, experience, past performance, and self-reported interests regarding future career steps.

The third step of succession planning, which is actually ongoing throughout the process, is the development of the managers who are identified as having promotion potential. In order to prepare these lower-level managers for higher positions, they need to engage in development activities to improve their skills. Some of these activities may include:

In the final step of succession planning, the organization identifies a career path for each high-potential candidate—those who have the interest and ability to move upward in the organization. A career path is the typical set of positions that an employee might hold in the course of his or her career. In succession planning, it is a road map of positions and experiences designed to prepare the individual for an upper-level management position. Along with career paths, the organization should develop replacement charts, which indicate the availability of candidates and their readiness to step into the various management positions. These charts are depicted as organizational charts in which possible candidates to replacement others are listed in rank order for each management position. These rank orders are based on the candidates' potential scores, which are derived on the basis of their past performance, experience, and other relevant qualifications. The charts indicate who is currently ready for promotion and who needs further grooming to be prepared for an upper-level position.

Succession planning is typically useful to the organization in its human resource planning, and when done properly, can be beneficial to organizational performance. However, there are potential problems associated with the use of succession planning: the crowned prince syndrome, the talent drain, and difficulties associated with managing large amounts of human resources information.

The first potential problem in succession planning is the crowned prince syndrome, which occurs when upper management only considers for advancement, those employees who have become visible to them. In other words, rather than looking at a wider array of individual employees and their capabilities, upper management focuses only on one person—the "crowned prince." This person is often one who has been involved in high-profile projects, has a powerful and prominent mentor, or has networked well with organizational leaders. There are often employees throughout the organization who are capable of and interested in promotion who may be overlooked because of the more visible and obvious "crowned prince," who is likely to be promoted even if these other employees are available. Not only are performance problems a potential outcome of this syndrome, but also the motivation of current employees may suffer if they feel that their high performance has been overlooked. This may result in turnover of high quality employees who have been overlooked for promotion.

The talent drain is the second potential problem that may occur in succession planning. Because upper management must identify only a small group of managers to receive training and development for promotion, those managers who are not assigned to development activities may feel overlooked and therefore leave the organization. This turnover may reduce the number of talented managers that the organization has at the lower and middle levels of the hierarchy. Exacerbating this problem is that these talented managers may work for a competing firm or start their own business, thus creating increased competition for their former company.

The final problem that can occur in succession planning is the concern with managing large amounts of human resources information. Because succession planning requires retention of a great deal of information, it is typically best to store and manage it on a computer. Attempting to maintain such records by hand may prove daunting. Even on the computer, identifying and evaluating many years' worth of information about employees' performance and experiences may be difficult. Add to that the challenges of comparing distinct records of performance to judge promotion capability, and this information overload is likely to increase the difficulty of successful succession planning.

what are the drawbacks to consider in succcession planning