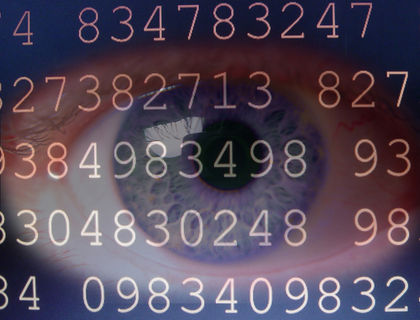 Theory X and Theory Y represent two sets of assumptions about human nature and human behavior that are relevant to the practice of management. Theory X represents a negative view of human nature that assumes individuals generally dislike work, are irresponsible, and require close supervision to do their jobs. Theory Y denotes a positive view of human nature and assumes individuals are generally industrious, creative, and able to assume responsibility and exercise self-control in their jobs. One would expect, then, that managers holding assumptions about human nature that are consistent with Theory X might exhibit a managerial style that is quite different than managers who hold assumptions consistent with Theory Y.

After the Hawthorne experiments and the subsequent behavioral research of the 1930s and 1940s, the human relations approach to management joined the classical perspective as a major school of management thought. Whereas the classical school as espoused by management pioneers such as Frederick Taylor and Henri Fayol focused on principles of management, scientific selection and training, and worker compensation, the human relations approach emphasized behavioral issues such as job satisfaction, group norms, and supervisory style.

The human relations model was hailed as a more enlightened management paradigm because it explicitly considered the importance of individual and how managers could increase productivity by increasing workers' job satisfaction. The end goal for management increased employee productivity; the assumption was that satisfied workers would be more productive compared with workers who felt antagonized by the companies they worked for.

In the 1950s, Douglas McGregor (1906-1964), a psychologist who taught at MIT and served as president of Antioch College from 1948-1954, criticized both the classical and human relations schools as inadequate for the realities of the workplace. He believed that the assumptions underlying both schools represented a negative view of human nature and that another approach to management based on an entirely different set of assumptions was needed. McGregor laid out his ideas in his classic 1957 article "The Human Side of Enterprise" and the 1960 book of the same name, in which he introduced what came to be called the new humanism.

McGregor argued that the conventional approach to managing was based on three major propositions, which he called Theory X:

According to McGregor, these tenets of management are based on less explicit assumptions about human nature. The first of these assumptions is that individuals do not like to work and will avoid it if possible. A further assumption is that human beings do not want responsibility and desire explicit direction. Additionally, individuals are assumed to put their individual concerns above that of the organization for which they work and to resist change, valuing security more than other considerations at work. Finally, human beings are assumed to be easily manipulated and controlled. McGregor contended that both the classical and human relations approaches to management depended this same set of assumptions. He called the first style of management "hard" and identified its methods as close supervision, tight controls, and coercion.

The hard style of management led to restriction of output, mutual distrust, unionism, and even sabotage. McGregor called the second style of management "soft" and identified its methods as permissiveness and need satisfaction. McGregor suggested that the soft style of management often led to managers' failure to perform their managerial role. He also pointed out that employees often take advantage of an overly permissive manager by demanding more but performing at lower levels.

McGregor drew upon the work of Abraham Maslow (1908-1970) to explain why Theory X assumptions led to ineffective management. Maslow had proposed that man's needs are arranged in levels, with physical and safety needs at the bottom of the needs hierarchy and social, ego, and self-actualization needs at upper levels of the hierarchy. Maslow's basic point was that once a need is met, it no longer motivates behavior; thus, only unmet needs are motivational. McGregor argued that most employees already had their physical and safety needs met and that the motivational emphasis had shifted to the social, ego, and self-actualization needs. Therefore, management had to provide opportunities for these upper-level needs to be met in the workplace, or employees would not be satisfied or motivated in their jobs.

Such opportunities could be provided by allowing employees to participate in decision making, by redesigning jobs to make them more challenging, or by emphasizing good work group relations, among other things. According to McGregor, neither the hard style of management based on the classical school nor the soft style of management inspired by the human relations movement were sufficient to motivate employees. Thus, he proposed a different set of assumptions about human nature as it pertains to the workplace.

McGregor put forth these assumptions, which he believed could lead to more effective management of people in the organization, under the rubric of Theory Y. The major propositions of Theory Y include the following:

Thus, Theory Y has at its core the assumption that the physical and mental effort involved in work is natural and that individuals actively seek to engage in work. It also assumes that close supervision and the threat of punishment are not the only means or even the best means for inducing employees to exert productive effort. Instead, if given the opportunity, employees will display self-motivation to put forth the effort necessary to achieve the organization's goals. Thus, avoiding responsibility is not an inherent quality of human nature; individuals will actually seek it out under the proper conditions. Theory Y also assumes that the ability to be innovative and creative exists among a large, rather than a small segment of the population. Finally, it assumes that rather than valuing security above all other rewards associated with work, individuals desire rewards that satisfy their self-esteem and self-actualization needs.

Although McGregor did not believe that it was possible to create a completely Theory Y-type organization in the 1950s, he did believe that Theory Y assumptions would lead to more effective management. He identified several approaches to management that he felt were consistent with the precepts of Theory Y. These included decentralization of decision-making authority, delegation, job enlargement, and participative management. Job enrichment programs that began in the 1960s and 1970s also were consistent with the assumptions of Theory Y.

In the 1970s, 1980s, and 1990s, McGregor's conceptualization of Theory X and Theory Y were often used as the basis for discussions of management style, employee involvement, and worker motivation. Empirical evidence concerning the validity of Theory X and Theory Y, however, was mixed. Some writers suggested that organizations implementing Theory Y tended to revert back to Theory X in tough economic times.

Others suggested that Theory Y was not always more effective than Theory X, but that the contingencies of each managerial situation determined which of the approaches was more appropriate. Still others suggested extensions to Theory Y. One of these, William Ouchi's Theory Z, attempted to combine the strength of American management philosophies based on Theory Y with Japanese management philosophies.

Along with writers such as Argyris and Likert, McGregor was one of several important humanist writers of the mid-twentieth century who argued that traditional organizational hierarchies create a state of dependence between subordinates and their managers and served as a bridge between the human relations school and a new form of organizational humanism based on Theory Y.

In their well-known textbook, Harold Koontz and Cyril O'Donnell illustrated how the managerial functions of planning, leading, and controlling might be affected by Theory X and Theory Y assumptions. In regard to planning, Theory X assumptions might lead to the superior setting of objectives with little or no participation from subordinates. Theory Y assumptions, conversely, should lead to cooperative objectives designed with input from both employees and managers, resulting in a higher commitment by subordinates to accomplish these shared objectives.

In regard to control, Theory X is likely to result in external control, with the manager acting as a performance judge; the focus is generally on the past. Conversely, Theory Y should lead to control processes based on subordinates' self-control. The manager is more likely to act as a coach rather than a judge, focusing on how performance can be improved in the future rather than on who was responsible for past performance. Although the conceptual linkages between Theory X and Theory Y assumptions and managerial styles are relatively straightforward, empirical research has not clearly demonstrated that the relationship between these assumptions and managers' styles of planning, organizing, leading, and controlling is consistent with McGregor's ideas.

The goal of managers using Theory X management styles was to accomplish organizational goals through the organization's human resources. McGregor's research suggested that when work was better aligned with human needs and motivations, employee productivity would increase. As a result, some critics have suggested that, rather than concern for employees, Theory Y style managers were simply engaged in a seductive form a manipulation. Even as managers better matched work tasks to basic human motivational needs through participative management, job rotation, job enlargement, and other programs that emerged at least partly from McGregor's work, managers were still focusing on measures of productivity rather than measures of employee well-being. In essence, critics charge that Theory Y is a condescending scheme for inducing increased productivity from employees, and unless employees share in the economic benefits of their increased productivity, then they have simply been duped into working harder for the same pay.

THEORY X AND THEORY Y
IN THE TWENTY-FIRST CENTURY

Theory X and Theory Y are often studied as a prelude to developing greater understanding of more recent management concepts, such as job enrichment, the job-characteristics model, and self-managed work teams. Although the terminology may have changed since the 1950s, McGregor's ideas have had tremendous influence on the study of management.

In terms of the practice of management, the workplace of the early twenty-first century, with its emphasis on self-managed work teams and other forms of worker involvement programs, is generally consistent with the precepts of Theory Y. There is every indication that such programs will continue to increase, at least to the extent that evidence of their success begins to accumulate.