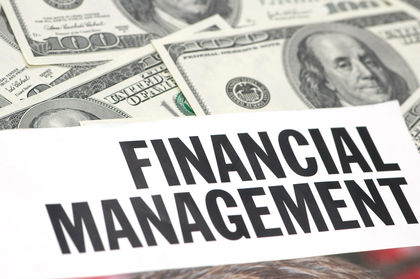 Theory Z is an approach to management based upon a combination of American and Japanese management philosophies and characterized by, among other things, long-term job security, consensual decision making, slow evaluation and promotion procedures, and individual responsibility within a group context. Proponents of Theory Z suggest that it leads to improvements in organizational performance. The following sections highlight the development of Theory Z, Theory Z as an approach to management including each of the characteristics noted above, and an evaluation of Theory Z. Realizing the historical context in which Theory Z emerged is helpful in understanding its underlying principles. The following section provides this context.

Theory Z has been called a sociological description of the humanistic organizations advocated by management pioneers such as Elton Mayo, Chris Argyris, Rensis Likert, and Douglas McGregor. In fact, the descriptive phrase, "Theory Z." can be traced to the work of Douglas McGregor in the 1950s and 1960s. McGregor, a psychologist and college president, identified a negative set of assumptions about human nature, which he called Theory X. He asserted that these assumptions limited the potential for growth of many employees.

McGregor presented an alternative set of assumptions that he called Theory Y and were more positive about human nature as it relates to employees. In McGregor's view, managers who adopted Theory Y beliefs would exhibit different, more humanistic, and ultimately more effective management styles. McGregor's work was read widely, and Theory Y became a well-known prescription for improving management practices.

But in the 1970s and 1980s, many United States industries lost market share to international competitors, particularly Japanese companies. Concerns about the competitiveness of U. S. companies led some to examine Japanese management practices for clues to the success enjoyed by many of their industries. This led to many articles and books purporting to explain the success of Japanese companies. It was in this atmosphere that Theory Z was introduced into the management lexicon.

Theory Z was first identified as a unique management approach by William Ouchi. Ouchi contrasted American types of organizations (Type A) that were rooted in the United States' tradition of individualism with Japanese organizations (Type J) that drew upon the Japanese heritage of collectivism. He argued that an emerging management philosophy, which came to be called Theory Z, would allow organizations to enjoy many of the advantages of both systems. Ouchi presented his ideas fully in the 1981 book, Theory Z: How American Companies Can Meet the Japanese Challenge. This book was among the best-selling management books of the 1980s.

THEORY Z AS AN APPROACH
TO MANAGEMENT

According to Professor Ouchi, Theory Z organizations exhibit a strong, homogeneous set of cultural values that are similar to clan cultures. The clan culture is characterized by homogeneity of values, beliefs, and objectives. Clan cultures emphasize complete socialization of members to achieve congruence of individual and group goals. Although Theory Z organizations exhibit characteristics of clan cultures, they retain some elements of bureaucratic hierarchies, such as formal authority relationships, performance evaluation, and some work specialization. Proponents of Theory Z suggest that the common cultural values should promote greater organizational commitment among employees. The primary features of Theory Z are summarized in the paragraphs that follow.

Traditional U.S. organizations are plagued with short-term commitments by employees, but employers using more traditional management perspective may inadvertently encourage this by treating employees simply as replaceable cogs in the profit-making machinery. In the United States, employment at will, which essentially means the employer or the employee can terminate the employment relationship at any time, has been among the dominant forms of employment relationships. Conversely, Type J organizations generally make life-long commitments to their employees and expect loyalty in return, but Type J organizations set the conditions to encourage this. This promotes stability in the organization and job security among employees.

The Type Z organization emphasizes communication, collaboration, and consensus in decision making. This marks a contrast from the traditional Type A organization that emphasizes individual decision-making.

Type A organizations emphasize individual accountability and performance appraisal. Traditionally, performance measures in Type J companies have been oriented to the group. Thus, Type Z organizations retain the emphasis on individual contributions that are characteristic of most American firms by recognizing individual achievements, albeit within the context of the wider group.

The Type A organization has generally been characterized by short-term evaluations of performance and rapid promotion of high achievers. The Type J organization, conversely, adopts the Japanese model of slow evaluation and promotion.

The Type Z organization relies on informal methods of control, but does measure performance through formal mechanisms. This is an attempt to combine elements of both the Type A and Type J organizations.

The Type Z organization is characterized by concern for employees that goes beyond the workplace. This philosophy is more consistent with the Japanese model than the U.S. model.