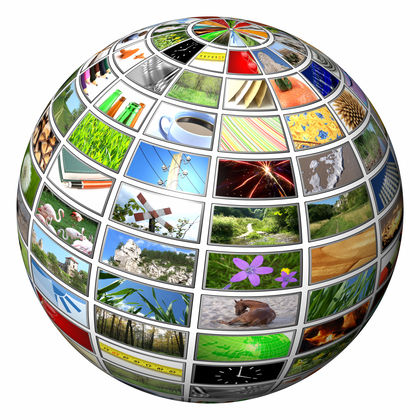 Globalization is the process by which the economies of countries around the world become increasingly integrated over time. This integration occurs as technological advances expedite the trade of goods and services, the flow of capital, and the migration of people across international borders. The term has been used in this context since the 1980s, when computer technology first began making it easier and faster to conduct business internationally. Globalization can also refer to the efforts of businesses to expand their operations to new countries and markets.

According to a cover story in Business Week, globalization "has created millions of jobs from Malaysia to Mexico and a cornucopia of affordable goods for Western consumers. It has brought phone service to some 300 million households in developing nations and a transfer of nearly $2 trillion from rich countries to poor through equity, bond investments, and commercial loans. It's helped topple dictators by making information available in once sheltered countries. And now the Internet is poised to narrow the gulf that separates rich nations from poor nations even further in the decade to come."

Without a doubt, globalization has had a number of positive effects on nations and businesses around the world. Yet the concept—once regarded as almost universally positive—has undergone a bit of a reassessment in recent years. In fact, widespread protests against the World Trade Organization (WTO) and consumer boycotts arising from the practices of multinational corporations in developing countries have raised public awareness of the hazards of globalization. "The plain truth is that market liberalization by itself does not lift all boats, and in some cases, it has caused severe damage to poor nations," the Business Week article admitted. "What's more, there's no point denying that multinationals have contributed to labor, environmental, and human rights abuses as they pursue profit around the globe."

THE CONTROVERSY OVER GLOBALIZATION

Globalization gives companies access to wider markets and consumers access to a greater variety of goods and services. But the benefits of globalization are not always shared by all of the parties involved in trade. Unfortunately, developing countries—which need the potential benefits of globalization the most—are often the losers. "The downside of global capitalism is the disruption of whole societies, from financial meltdowns to practices by multinationals that would never be tolerated in the West," the Business Week article noted. "Industrialized countries have enacted all sorts of worker, consumer, and environmental safeguards since the turn of the century, and civil rights have a strong tradition. But the global economy is pretty much still in the robber-baron age."

Some people view globalization in positive terms, as a key force in promoting worldwide economic development. But others believe that unrestricted global trade will only serve to increase the inequality between developed and developing countries. In reality, globalization offers both opportunities and risks for developing countries, and there is a great deal of variation in their experiences with it. Some regions, like Asia, have integrated into the global economy quickly and achieved economic growth as a result. But other regions, like Africa, have suffered from increased political instability, poverty, and environmental degradation since they became involved in international trade. "The real question isn't whether free markets are good or bad," the Business Week article stated. "It is why they are producing such wildly different results in different countries. Figuring out that answer is essential if businesses, government leaders, and workers are all to realize the benefits of global markets."

In the late 1990s, there was a great deal of debate about how advanced economies and multinational corporations could help developing nations to share in the benefits of globalization. Some experts claim that developing nations need debt relief, an increased flow of direct financial investment and technology, and unrestricted access to markets in advanced countries in order to begin catching up. Others claim that these measures are pointless unless the leaders of the developing nations show a willingness to establish a stable government and invest in the education of their citizens. "Before trade and foreign capital can translate into sustainable growth, governments first must deliver political stability, sound economic management, and educated workers," the Business Week article argued. Otherwise, foreign investment would likely lead to government corruption and the exploitation of workers.

The potential problems with globalization are not limited to developing nations, however. Some workers in advanced economies—particularly those in unskilled jobs and belonging to labor unions—feel that they are being increasingly displaced by low-wage competition in developing countries. Some of these workers are unable to make the transition to skilled jobs and service-oriented industries. Other critics of globalization claim that integration into a global economy reduces the sovereignty of nations, especially in regards to economic policy making. They worry that advanced nations will face limited choices in tax and monetary policies under the rules of world trade.

The concerns of developed and developing countries overlap to create a complex web of problems for globalization. Some countries will inevitably be viewed as trying to impose their values on other countries. "Balancing growth with environmental and labor regulations is wrenchingly complex in countries where people live on the margin," according to Business Week. "Many poor nations fiercely resist discussion of labor or environmental issues in the WTO because they feel the process will be hijacked by Western protectionists. The feeling is that Western unions will shield jobs at home by imposing standards that drive up labor costs in emerging markets to levels where developing nations can't compete."

THE ROLE OF THE WTO

In the late 1990s, much of the controversy over globalization focused on the World Trade Organization (WTO). The WTO was established in 1995 to facilitate world trade and resolve disputes between nations. Headquartered in Geneva, Switzerland, the WTO had 134 member nations in 1999, three-quarters of which were developing nations. According to Simon J. Evenett in an article for Finance and Development, the WTO "serves the developing countries' interests by facilitating trade reform, providing a mechanism for settling disputes, strengthening the credibility of trade reforms, and promoting transparent trade regimes that lower transaction costs."

Shortly after it was established, the WTO became a lightning rod for controversy over globalization. "Seen through one lens, the World Trade Organization is a benevolent United Nations of trade, with just enough enforcement powers to help nations work out their differences," Steve Wilhelm wrote in the Puget Sound Business Journal. "Seen through another lens, the WTO is a menacing, corporate-dominated world government of trade in which the legislative body and the courts operate outside the scrutiny of anyone who's not a government leader or corporate lawyer. From this viewpoint, the organization's power to adjudicate trade disputes also gives it the power to override national laws, including environmental protections. In a sense, it compromises the sovereignty of its member nations."

The two main issues embraced by anti-WTO activists are the rights of laborers and protection of the environment. "As production and consumption grow around the world, many impacts fall on the people who supply labor to produce things, and the environment that supplies the raw materials and absorbs the effluent," Wilhelm noted. Those who oppose the WTO worry that global free trade will threaten hard-fought labor and environmental victories in the United States and other developed nations. For example, activists protested that—under WTO rules—the United States could not prevent the import of shrimp caught in nets that also caught an endangered species of sea turtle.

Protesters were also concerned about the loss of American jobs overseas and the poor social and environmental records of multinational corporations operating in developing countries. "The heady, unrealistic days of globalization appear to be over," Business Week noted. "Where once it was promised that the simple spread of markets would melt poverty, dissolve dictatorships, and integrate diverse cultures, today the mere mention of globalization generates anger, discord, and accusations."

Globalization most often refers to the increasing degree of connection between various countries and their economies. But another definition involves the efforts of businesses to expand their operations into foreign markets. This definition has gained importance with the advent of the Internet, which gives all companies the potential to achieve global reach in their operations.

As Jennifer Derryberry wrote in Sales and Marketing Management, businesses generally operate at one of four basic levels of globalization. The first level is a multidomestic company. At this level, the business consists of several independent units that operate in different countries, with little communication between them. The second level, an international company, maintains a headquarters in one country and operates branches in other countries. At this level, the company is likely to impose its home country bias on other markets rather than making a true effort to integrate into the global economy.

The third level of globalization, a transnational company, consists of loosely integrated business units in several countries. At this level, the company makes a greater effort to address the local needs of operations in each country. The fourth level of globalization is a truly global company. This type of business views the world as a single market, develops an overall strategy for its various operations around the world, and applies the lessons of each country to ensure its global success. Derryberry noted that this is the ideal level for a globalizing organization, but that it is not easy to achieve.

Tweets by LechMazur
Also read article about Globalization from Wikipedia

Globalization is the process of nation wide breakdown, arising from the exchange of finished goods, world views and ideas.