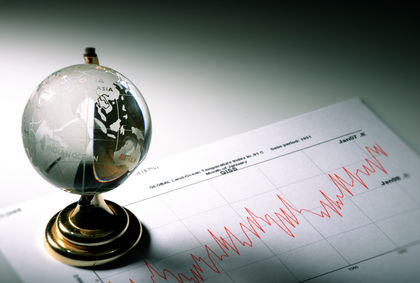 Lenders of money profit from such transactions by arranging for the borrower to pay back an additional amount of money over and above the sum that they borrow. This difference between what is lent and what is returned is known as interest. The interest on a loan is determined through the establishment of an interest rate, which is expressed as a percentage of the amount of the loan.

Borrowing is a staple in many arenas of the U.S. economy. This has resulted in a dizzying array of borrowing arrangements, many of which feature unique wrinkles in the realm of interest rates. Common borrowing and lending arrangements include business and personal loans (from government agencies, banks, and commercial finance companies), credit cards (from corporations), mortgages, various federal and municipal government obligations, and corporate bonds. In addition, interest is used to reward investors and others who place money in savings accounts, individual retirement accounts (IRAs), Certificates of Deposit (CDs), and many other financial vehicles.

The prime rate is the best known of the various interest rates that are utilized. This non-fluctuating rate is the one usually employed by banks when it makes short-term loans to large borrowers such as corporations. Established by the banks themselves, the prime rate is adjusted on a periodic basis to reflect changes in the larger market. The prime rate, said Art DeThomas in Financing Your Small Business, "serves as the floor for bank loans, and the base rate to which premiums are added as perceived customer risk increases." Lawrence W. Tuller noted in Finance for Non-Financial Managers and Small Business Owners that banks commonly attribute their prime rate to a complex cost-of-operation formula, and that "theoretically, this cost, plus a reasonable profit margin, equals the prime rate." Economists like Tuller, however, contend that in reality, banks simply base their prime rate on what the market will bear. "All correspondent banks around the country … follow suit, " wrote Tuller, "regardless of what their specific cost structure may be. Obviously it doesn't cost a bank in rural Wyoming as much to operate as a bank in midtown Manhattan. Yet they both use the same prime measure to establish interest rates. It should be clearly understood that the Federal Reserve Bank does not set the prime rate…. The prime rate is established by money-center banks as a measuring base against which to calculate customer interest charges."

Other important interest rates that are used in making capital investment decisions include:

Economic variables set the interest rate as a rate of increase (or decrease) in borrowers' ability to make purchases—whether of homes, farm machinery, or manufacturing equipment—based on changes in the economy. This rate of increase is called the "real" rate of interest. The "nominal" or dollar rate of interest, meanwhile, measures the increase in terms of dollar amounts, but economists point out that this latter measurement can sometimes be misleading because of the impact of inflation and other economic factors on the dollar's buying power.

The actual interest on a loan is not fully known until the duration of the borrowing arrangement has been specified. Interest rates on loans are typically figured on an annual basis, though other periods are sometimes specified. This does not mean that the loan is supposed to be paid back in a year; indeed, many loans—especially in the realm of small business—do not mature for five or ten years, or even longer. Rather, it refers to the frequency with which the interest and "principal owed"—the original amount borrowed—are refigured according to the terms of the loan.

Interest is normally assumed to be "compounded." For small business owners and other borrowers, this means that the unpaid interest due on the principal is added to that base figure in determining interest for future payments. Most loans are arranged so that interest is compounded on an annual basis, but in some instances, shorter periods are used. These latter arrangements are more beneficial to the loaner than to the borrower, for they require the borrower to pay more money in the long run.

While annual compound interest is the accepted normal measure of interest rates, other equations are sometimes used. The yield or interest rate on bonds, for instance, is normally computed on a semiannual basis, and then converted to an annual rate by multiplying by two. This is called simple interest. Another form of interest arrangement is one in which the interest is "discounted in advance." In such instances, the interest is deducted from the principal, and the borrower receives the net amount. The borrower thus ends up paying off the interest on the loan at the very beginning of the transaction. A third interest payment method is known as a floating-or variable-rate agreement. Under this common type of business loan, the interest rate is not fixed. Instead, it moves with the bank's prime rate in accordance with the terms of the loan agreement. A small business owner might, for instance, agree to a loan in which the interest on the loan would be the prime rate plus 3 percent. Since the prime rate is subject to change over the life of the loan, interest would be calculated and adjusted on a daily basis.

Interest rate levels are in essence determined by the laws of supply and demand. In an economic environment in which demand for loans is high, lending institutions are able to command more lucrative lending arrangements. Conversely, when banks and other institutions find that the market for loans is a tepid one (or worse), interest rates are typically lowered accordingly to encourage businesses and individuals to take out loans.

Interest rates are a key instrument of American fiscal policy. The Federal Reserve determines the interest rate at which the federal government will bestow loans, and banks and other financial institutions, which establish their own interest rates to parallel those of the "Fed, " typically follow suit. This ripple effect can have dramatic impact on the U.S. economy. In a recessionary climate, for instance, the Federal Reserve might lower interest rates in order to create an environment that encourages spending. Conversely, the Federal Reserve often implements interest rate hikes when its board members become concerned that the economy is "overheating" and prone to inflation.

By raising or lowering their discount interest rate on loans, summarized Robert Heilbroner and Lester Thurow in Economics Explained, "The Federal Reserve can make it attractive or unattractive for member banks to borrow or augment their reserves…. Inaddition, changes in the discount rate tend to influence the whole structure of interest rates, either tightening or loosening money. When interest rates are high, we have what we call tight money. This means not only that borrowers have to pay higher rates, but that banks are more selective in judging the credit worthiness of business applications for loans. Conversely, when interest rates decline, money is called easy, meaning that it is not only cheapter but also easier to borrow." The monetary tools of the Federal Reserve work most directly on short-term interest rates. Interest rates for longer maturities are indirectly affected through the market's perception of government policy and its impact on the economy.

Another key factor in determining interest rates is the lending agency's confidence that the money—and the interest on that money—will be paid in full and in a timely fashion. Default risk encompasses a wide range of circumstances, from borrowers who completely fail to fulfill their obligations to those that are merely late with a scheduled payment. If lenders are uncertain about the borrower's ability to adhere to the specifications of the loan arrangement, they will often demand a higher rate of return or risk premium. Borrowers with an established credit history, on the other hand, qualify for what is known as the prime interest rate, which is a low interest rate.

THE INTEREST RATE AND SMALL BUSINESSES

Entrepreneurs and small business owners often turn to loans in order to establish or expand their business ventures. Business enterprises that choose this method of securing funding, which is commonly called debt financing, need to be aware of all components of those loan agreements, including the interest.

Business consultants point out that interest paid on debt financing is tax deductible. This can save entrepreneurs and small business owners thousands of dollars at tax time, and analysts urge business owners to factor those savings in when weighing their company's capacity to accrue debt. But other interest rate elements can cut into those tax savings if borrowers are not careful. As DeThomas remarked, "lenders often use different methods to calculate the proceeds of a loan, the interest on a loan, and the amount and timing of the repayment schedule. These inconsistencies may result in a significant difference between the loan's stated or nominal rate of interest and the true cost to the borrower."

Commercial banks remain the primary source of loans for small business firms in America, especially for short-term loans. Small business enterprises who are able to secure loans from these lenders must also be prepared to negotiate several important aspects of the loan agreement which directly impact interest rate payments. Both the interest rate itself and the schedule under which the loan will be repaid are, of course, integral factors in determining the ultimate cost of the loan to the borrower, but a third important subject of negotiation between the borrowing firm and the bank concerns the manner in which the interest on a loan is actually paid. There are three primary methods by which the borrowing company can pay back interest on a loan to a bank: a simple-or ordinary-interest plan, a discounted-interest plan, or a floating interest rate plan.

Securing long-term financing is more problematic for many entrepreneurs and small business owners, and this is reflected in the interest rate arrangements that they must accept in order to secure such financing. As DeThomas remarked in Financing Your Small Business, "small businesses are often viewed by most creditors as having a highly uncertain future, and making an extended-term loan to such a business means being locked into a high-risk agreement for a prolonged period. To make this type of loan, therefore, a lender must feel comfortable with your business and the quality of its management, be compensated for the additional risk exposure, and take precautions to minimize risk and potential loss." This compensation, as DeThomas and other economists have observed, usually includes imposition of interest rates that are considerably higher than those charged for short-term financing. As with short-term financing arrangements, interest on long-term agreements can range from floating interest plans to those tied to a fixed rate. The actual cost of the interest rate method that is ultimately chosen appears in interest rate disclosures (which are required by law) as a figure known as the annual percentage rate (APR).

Heilbroner, Robert, and Lester Thurow. Economics Explained: Everything You Need to Know About How the Economy Works and Where It's Going. Touchstone, 1994.

what is the meaning of accured interest? tell me briefely and give me one example?