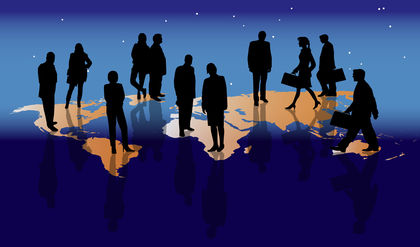 International marketing takes place when a business directs its products and services toward consumers in a country other than the one in which it is located. While the overall concept of marketing is the same worldwide, the environment within which the marketing plan is implemented can be dramatically different from region to region. Common marketing concerns—such as input costs, price, advertising, and distribution—are likely to differ dramatically in the countries in which a firm elects to market its goods or services. Business consultants thus contend that the key to successful international marketing for any business—whether a multinational corporation or a small entrepreneurial venture—is the ability to adapt, manage, and coordinate an intelligent plan in an unfamiliar (and sometimes unstable) foreign environment.

Businesses choose to explore foreign markets for a host of sound reasons. In some instances, firms initiate foreign market exploration in response to unsolicited orders from consumers in those markets. Many others, meanwhile, seek to establish a business to absorb overhead costs at home, diversify their corporate holdings, take advantage of domestic or international political or economic changes, or tap into new or growing markets. The overriding factor spurring international marketing efforts is, of course, to make money, and as the systems that comprise the global economy become ever more interrelated, many companies have recognized that international opportunities can ultimately spell the difference between success and failure. "The world is getting smaller," concluded E. Jerome McCarthy and William D. Perreault Jr. in Basic Marketing. "Advances in communications and transportation are making it easier to reach international customers. Product-market opportunities are often no more limited by national boundaries than they are by state lines within the United States. Around the world there are potential customers with needs and money to spend. Ignoring those customers doesn't make any more sense than ignoring potential customers in the same town."

While companies choosing to market internationally do not share an overall profile, they seem to have two specific characteristics in common. First, the products that they market abroad, usually patented, are believed to have high earnings potential in foreign markets. Second, the management of companies marketing internationally must be ready to make a commitment to these markets. This entails far more than simply throwing money at a new exporting venture. Indeed, a business that is genuinely committed to establishing an international presence must be willing to educate itself thoroughly on the particular countries it chooses to enter through a course of market research.

There are several general ways to develop markets on foreign soil. They include: exporting products and services from the country of origin; entering into joint venture arrangements; licensing patent rights, trademark rights, etc. to companies abroad; franchising; contract manufacturing; and establishing subsidiaries in foreign countries. A company can commit itself to one or more of the above arrangements at any time during its efforts to develop foreign markets. Each method has its own distinct advantages and disadvantages.

New companies, or those that are taking their first steps into the realm of international commerce, often begin to explore international markets through exporting (though they often struggle with financing). Achieving export sales can be accomplished in numerous ways. Sales can be made directly, via mail order, or through offices established abroad. Companies can also undertake indirect exporting, which involves selling to domestic intermediaries who locate the specific markets for the firm's products or services. Many companies are able to establish a healthy presence in foreign markets without ever expanding beyond exporting practices.

International licensing occurs when a country grants the right to manufacture and distribute a product or service under the licenser's trade name in a specified country or market. Although large companies often grant licenses, this practice is also frequently used by small and medium-sized companies. Often seen as a supplement to manufacturing and exporting activities, licensing may be the least profitable way of entering a market. Nonetheless, it is sometimes an attractive option when an exporter is short of money, when foreign government import restrictions forbid other ways of entering a market, or when a host country is apprehensive about foreign ownership. A method similar to licensing, called franchising, is also increasingly common.

A fourth way to enter a foreign market is through a joint venture arrangement, whereby a company trying to enter a foreign market forms a partnership with one or more companies already established in the host country. Often, the local firm provides expertise on the intended market, while the exporting firm tends to general management and marketing tasks. Use of this method of international investing has accelerated dramatically in the past 25 years. The biggest incentive to entering this type of arrangement is that it reduces the company's risk by the amount of investment made by the host-country partner. A joint venture arrangement allows firms with limited capital to expand into international arenas, and provides the marketer with access to its partner's distribution channels. Contract manufacturing, meanwhile, is an arrangement wherein an exporter turns over the production reins to another company, but maintains control of the marketing process.

A company can also expand abroad by setting up its own manufacturing operations in a foreign country, but capital requirements associated with this method generally preclude small companies from pursuing this option. Large corporations are far more likely to embrace this alternative, which often allows them to avoid high import taxes, reduce transportation costs, utilize cheap labor, and gain increased access to raw materials.

Demographic and Physical Environment. Elements that needs to be assessed that fit under this category include population size, growth, and distribution; climate factors that could impact on business; shipping distances; time zones; and natural resources (or lack thereof).

Economic Environment. Factors in this area include disposable income and expenditure patterns; per capita income and distribution; currency stability; inflation; level of acceptance of foreign businesses in economy; Gross National Product (GNP); industrial and technological development; available channels of distribution; and general economic growth. Obviously, the greater a nation's wealth, the more likely it will be that a new product or service can be introduced successfully. Conversely, a market in which economic circumstances provide only a tiny minority of citizens with the resources to buy televisions may not be an ideal one for a television-based marketing campaign.

Social and Cultural Environment . This category encompasses a wide range of considerations, many of which can—if misunderstood or unanticipated—significantly undermine a business's marketing efforts. These include literacy rates; general education levels; language; religion; ethics; social values; and social organization. "The ability of a country's people to read and write has a direct influence on the development of the economy—and on marketing strategy planning," observed McCarthy and Perreault. "The degree of literacy affects the way information is delivered—which in marketing means promotion."Attitudes based on religious beliefs or cultural norms often shape marketing choices in fundamental ways as well. As Hiam and Schewe noted,"cultures differ in their values and attitudes toward work, success, clothing, food, music, sex, social status, honesty, the rights of others, and much else." They observed that even business practices can vary tremendously from people to people. "For instance, haggling is never done by the Dutch, often by Brazilians, and always by the Chinese." The company that does not take the time to make itself aware of these differences runs the risk of putting together an international marketing venture that can fail at any number of points.

Legal Environment . This includes limitations on trade through tariffs or quotas; documentation and import regulations; various investment, tax, and employment laws; patent and trademark protection; and preferential treaties. These factors range from huge treaties (North American Free Trade Agreement-NAFTA, General Agreement on Tariffs and Trade-GATT) that profoundly shape the international transactions of many nations to trade barriers erected by a single country.

Political Environment . Factors here include system of government in targeted market; political stability; dominant ideology; and national economic priorities. This aspect of an international market is often the single most important one, for it can be so influential in shaping other factors. For example, a government that is distrustful of foreigners or intent on maintaining domestic control of an industry or industries might erect legal barriers designed to severely curtail the business opportunities of foreign firms.

International market efforts take many forms. Companies that conduct international business in several nations often favor what is known as an "individualized" marketing strategy. This approach, which also is often utilized by smaller businesses involved in only one or two foreign markets, typically involves a comprehensive market research component and a significant effort to tailor a product or service to each individual target market. Under this approach, political, social, and economic factors are important components of the marketing process.

Another strategy that is sometimes used is commonly called the Global Marketing Strategy (GMS). This controversial approach largely ignores differences between nations. Instead, its proponents claim that while a business that sells its products in the same way in every market may suffer losses in isolated instances, it will reap compensatory savings elsewhere. "GMS is based on the notion that consumers around the world are growing more and more similar and that a standardized product and marketing mix can achieve enormous economies, especially in advertising, packing, and distribution because they would not be changed," summarized Hiam and Schewe. "Proponents of this strategy believe that modern technology has created a commonalty among people around the world. Global travel and communication have exposed more and more people to products and services that they have heard about, actually seen, or even experienced—and now want. Although differences exist in consumer preferences, shopping behavior, cultural institutions, and promotional media, those who support GMS believe that these preferences and practices can and will change to be more similar." Of course, many companies have embraced a hybrid of the GMS and individualized marketing strategies.

Small businesses are discouraged from relying on the GMS strategy. Analysts note that whereas large multinational companies can afford to take a hit on a poorly marketed product on occasion, most small businesses are not so strong. For small enterprises, then, market research becomes an essential component of operations. After all, a single misstep in the international market can cripple a young company, or at least make it apprehensive about future forays. This can be damaging in and of itself, for as the SBA warned,"your business cannot ignore international realities if you intend to maintain your market share and keep pace with your competitors."

Chaudhry, Shiv, and Dave Crick. "Export Information Providers: Are They Meeting the Needs of SMEs?" Marketing Intelligence and Planning. March-April 1998.

Sletten, Eric. How to Succeed in Exporting and Doing Business Internationally. Wiley, 1994.

Very informative. But i have a question.

What are the Advantages & Disadvantages of International Marketing both to the Host Country and the Foreign Player?