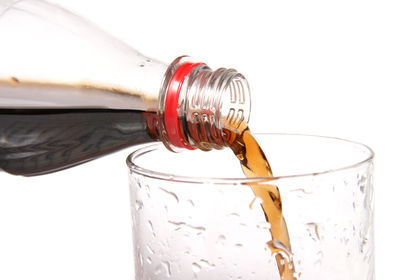 Awards: Named one of the "most powerful women in business" by Fortune magazine.

■ As of 2004 Indra Nooyi was the number two executive at the world's number two soft drink maker—a multinational firm that generated nearly $27 billion in sales in 2003. As the highest-ranked Indian American woman in corporate America, Nooyi led some of PepsiCo's most significant strategic moves. The crowning glory in her career was serving as lead negotiator of PepsiCo's $13.8 billion acquisition of the Quaker Oats Company, which led to her being named one of the top five officers at her company. Intensely competitive, the always unique Nooyi helped to position PepsiCo one day to overtake the longtime market leader and PepsiCo's bitter rival, the Coca-Cola Company.

Raised in a middle-class family in India, Nooyi seldom did what people expected of her. Most young girls in India spent their time learning household chores; Nooyi played in an all-girl rock band and on a women's cricket team. She completed the MBA program at one of only two business schools in India and worked at Johnson & Johnson and Mettur Beardsell in India. Around the same time, a magazine advertisement for Yale School of Management caught her eye, and she impulsively applied. Much to her surprise, she was accepted. Even more surprising was the fact that her parents let her immigrate to the United States. Said Nooyi, "It was unheard of for a good, conservative, south Indian Brahmin girl to do this. It would make her an absolutely unmarriageable commodity after that" ( Financial Times , January 26, 2004). After working in planning strategy at Boston Consulting Company, Motorola and Asea Brown Boveri, she joined PepsiCo as senior vice president of corporate strategy and development in 1994.

BRINGING FOCUS TO A CONGLOMERATE

Nooyi worked directly with PepsiCo's then CEO Roger Enrico and was involved in every major strategic decision that Enrico made as CEO. One of the key executives behind the company's transformation into a focused food and beverage entity, Nooyi persistently argued for the spin-off of the company's struggling restaurant division, which included Kentucky Fried Chicken, Pizza Hut, and Taco Bell. Enrico was skeptical, but he finally relented. Enrico said that "Indra is like a dog with a bone" ( Forbes Global , January 20, 2003).

A rabid sports fan, Nooyi spent hours studying videotapes of the final championship games that the basketball great Michael Jordan played with the Chicago Bulls; she reviewed the tapes for lessons on teamwork. Because of her desire to win, Nooyi fought hard for PepsiCo's successful $3.3 billion acquisition of Tropicana in 1998, eyeing the transaction as a vehicle to increase PepsiCo's earnings and enhance its image as a premium brand for convenient foods and drinks. A devotee of the company's orange juice, Nooyi understood before others Tropicana's brand potential, both to increase PepsiCo's earnings and to enhance the company's developing portfolio of convenience and "functional" foods and drinks. Nooyi said, "When other PepsiCo executives continued to question the $3.3 billion acquisition at a final meeting, Roger and I just told them, 'We are going to do it'" ( Contra Costa Times , December 10, 2000).

In 2000 Nooyi was promoted to CFO and finished the year with four continuous quarters of uninterrupted growth—in revenues, profits, and return on capital. In December of that year, the company's stock price was up 40 percent from the year before. Nooyi described her job—and her commitment to leaving behind a lasting corporate legacy—as an "obsession." Said Nooyi, "I love my family, but PepsiCo's also my child. So really I don't look upon it as a chore. In fact, I find work very therapeutic" ( Business India , January 8, 2001).

WINNERS HAVE FUN AND TAKE STOCK OF LIFE

Two of Indra Nooyi's bosses at PepsiCo had significant health issues, both of which impacted Nooyi. PepsiCo CEO Wayne Calloway was diagnosed with terminal cancer in 1996. Nooyi's own mentor and boss, Roger Enrico, had a history of heart trouble, which led to his retiring at age 57. Though a self-professed workaholic, Nooyi preferred to keep the mood light. "You must have fun in whatever you do. Your work takes up so much of your life that if you're not having fun, what's the point in it?" ( Business India , January 8, 2001). She was known to sing around the corporate offices and keep a karaoke machine at home. Highlighting the on-the-go lifestyle that fuels demand for her company's products, she once commented that she had not realized how precious time was until she noticed a driver on the highway flossing his teeth. A devout Hindu, Nooyi went to temple and prayed regularly.

In August 2001 PepsiCo purchased the Quaker Oats Company. On the morning that the acquisition was announced, Nooyi went to temple and prayed. During the arduous negotiations, she demanded a limit on the stock price of no more than $105 a share for Quaker shareholders. According to Steven Baronoff, cohead of mergers at Merrill Lynch, which represented PepsiCo, "Throughout the whole process, she was disciplined and held very firm" ( Contra Costra Times , December 10, 2000).

Adversaries underestimated Nooyi at their peril. Financial professionals greatly admired her strengths and focus. Andrew Conway, a beverage analyst with Morgan Stanley Dean Witter, noted that "Indra is extraordinarily financially detailed…. With Tropicana, she was willing to take a lower-return-on-asset business because she saw a way to improve it to get strong margin growth. Her ability to find value in an acquisition is very high" ( Contra Costra Times , December 10, 2000).

Integrating the two companies was an even tougher challenge—one that would be crucial to determining Nooyi's prized legacy. The integration did not go smoothly at first. The merger of the Gatorade and Tropicana sales forces resulted in a botched sales promotion, and a key Quaker Oats executive left the company. Supermarket sales of Gatorade, Quaker's crown jewel, were up only 7 percent in the last quarter of 2001 compared to the 15 percent pace set by its market peers.

But Nooyi stayed the course, and no obstacle appeared to prevent the acquisition from ultimately succeeding. PepsiCo's total sales grew nearly 7 percent in 2002, boosting the company's annual revenue growth over its historical 6 percent growth rate. In 2003 the company announced that it was on track to realize its goal of achieving $400 million in synergies by the end of fiscal year 2004. Nooyi's next move was unclear as of early 2004. Some industry insiders predicted that she would be moved to another area of the company to gain experience running her own business division. Rather than a step down, the move could ultimately catapult her to a takeover at the top. Even as one of the few women in corporate America's highest echelons, and the only Hindu woman in 2004, Nooyi had an unbeatable attitude: "I'm sure a glass ceiling exists, but it's both transparent and fragile so you can break it" ( Business India , January 8, 2001).

Very Informative and I got what I wanted...! Good Compilation.
2
pooja gohil

i got the all basic informations that i wanted ....thanks a lot