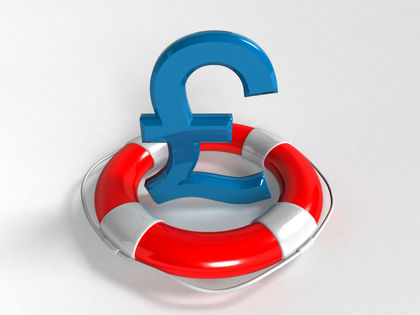 All assets have a salvage value, which is the estimated value each asset will have after it is no longer going to be used in the operation of a business. Also known as the residual value or scrap value, the salvage value may be zero or a positive amount. An asset's salvage value is arrived at based on estimates of what it could be sold for or, more likely, a standard figure.

The salvage value of an asset is used in accounting to determine its net cost, which is its acquisition, or historical, cost minus its salvage value, if any. An asset's net cost is used as the basis for most depreciation methods, except the double-declining balance method. For each accounting period, a percentage of the net cost of the company's assets is used to calculate depreciation expense. For example, if an asset has a useful life of five years, the annual depreciation expense using the straight-line method would be 20 percent of its net cost. Some accelerated methods of calculating depreciation are also based on the net cost of assets.

The salvage value is necessarily an estimate of an asset's value after it has been used over a period of time. A common method of estimating an asset's salvage value is to estimate how much the asset could be sold for. Its salvage value in this case would be based on its estimated market value after it had been in use for a certain length of time. Since different owners might estimate different market values for an asset, standard values that have achieved industry acceptance are often used for salvage values. The use of standard values in certain situations eliminates discrepancies that may arise from individual estimates.

It is clear that the amount of wear and tear on an asset can significantly affect its salvage value. In other words, it is not simply the length of time an asset is in use that affects its potential resale value. The way an asset has been operated, used, and otherwise maintained during its useful life can have a real effect on its future market value. Such considerations may affect a company or individual's decision whether to lease or buy an asset. In the case of a decision whether to lease or purchase a new car, for example, the dealer's estimate of the market value of the car at the end of the lease period affects the amount of the monthly lease payments. An individual may decide it is better financially to purchase a car than lease it if he or she believes it will have a higher resale value than is assigned by the dealer. The individual may calculate that at the end of the lease period, the car would be worth more than the resale value assigned by the car dealer, especially if he or she plans to take good care of it and generally does not drive a lot of miles. In that case a higher resale value should result in lower lease payments, and if the dealer will not lower the lease payments the individual would be better off financially to purchase the car and then resell it in the future for more than the dealer's resale value.