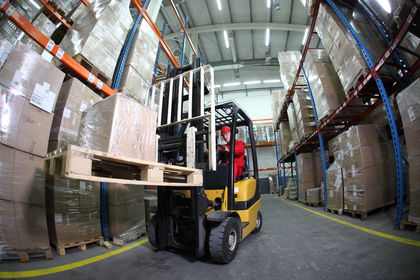 Wholesaling, also known as distributing, is an intermediate stage between the origin of a good or service and its ultimate distribution to an end user through retail trade channels. Despite the emergence of so-called wholesale clubs aimed at the consumer market, wholesale trade typically involves business-to-business transactions. Traditionally, wholesaling is associated with physical product distribution, but wholesale markets also exist for other economic sectors such as energy and telecommunications services.

According to the U.S. Census Bureau under the North American Industry Classification System (NAICS), wholesale trade as of 1997 was carried out by more than 450,000 U.S. business establishments employing 5.8 million workers. More dramatic evidence of wholesaling's impact on the economy is that in 1997 these activities generated more than $4 trillion in sales, an amount equal to one-half of U.S. gross domestic product.

In terms of value, merchandise wholesaling is split almost evenly between trade in durable goods and trade in nondurables. However, durable goods involve more businesses, more workers, and higher payrolls.

Strictly speaking, although a wholesaler may own or control retail operations, wholesalers do not sell to end customers. Indeed, many wholesale operations are themselves owned by retailers or manufacturers. Wholesalers are extremely important in a variety of industries, including automobiles, grocery products, plumbing supplies, electrical supplies, and raw farm produce.

Wholesaling involves that part of the marketing process in which intermediaries, i.e., those between the producer and end consumer, buy and resell goods, making them available to an expanded buyer's market over an expanded geographical market area. As middle agents, wholesalers are only effective when the price they charge for goods and services is less than the value placed by customers. By facilitating the transfer of title of goods, they are involved in the bulking and distributing of goods.

Although there are a number of ways to classify wholesalers, the categories used by the Census of Wholesale Trade are employed most often. The three types of wholesalers are:

Merchant wholesalers are firms engaged primarily in buying, taking title to, storing (usually), and physically handling products in relatively large quantities and reselling the products in smaller quantities to retailers, industrial, commercial, or institutional concerns, and to other wholesalers. They go under many different names, such as wholesaler, jobber, distributor, industrial distributor, supply house, assembler, importer, exporter, and many others.

Agents, brokers, and commission merchants are also independent middlemen who do not (for the most part) take title to the goods in which they deal, but instead are actively involved in negotiatory functions of buying and selling while acting on behalf of their clients. They are usually compensated in the form of commissions on sales or purchases. Some of the more common types go under the names of manufacturers' agents, commission merchants, brokers, selling agents, and import and export agents.

Manufacturers' sales branches and offices are owned and operated by manufacturers but are physically separated from manufacturing plants. They are used primarily for the purpose of distributing the manufacturers' own products at wholesale. Some have warehousing facilities where inventories are maintained, while others are merely sales offices. Some of them also wholesale allied and supplementary products purchased from other manufacturers.

Wholesaling provides an expanded consumer market potential in terms of geographical locations and consumer purchasing power while at the same time providing a cash flow for the manufacturer. There are several major reasons for the importance of wholesaling. First, all goods and necessary supplies for their production pass through some form of middle agent and wholesaling system. For this reason, the effective functioning of wholesale linkages contributes directly to the economic well-being of a society.

Secondly, for most small producers, an immediate geographic location is typically insufficient to provide and maintain an on-going customer base for their operations. As a means to sell their goods, smaller producers must have avenues to develop market segments of potential customers and must make sure their goods are of the quality customers want at prices they are willing to pay. The role of wholesalers is to provide links to an expanded market base, i.e., to discover where customers are located and how best to reach them. In this sense, wholesaling uses time and place as it relates to information and availability. Wholesalers create utility through holding goods that can be drawn upon by buyers at a cost lower than direct exchange.

Finally, wholesalers act as distribution channels and interface with markets and producers within markets. Whereas wholesaling and retailing provide similar functions in that they receive, store, and distribute goods, the importance of wholesaling is in its ability to moderate supply and demand fluctuations and cope with larger transactions with less emphasis on selling techniques and services and product promotion. Wholesaling has the capability to adjust the distribution of goods from surplus to deficit areas.

Wholesalers are successful only if they are able to serve the needs of their customers, who may be retailers or other wholesalers. Some of the marketing functions provided by wholesalers to their buyers are:

New technology, global competition, and retail consolidation have been forcing many wholesalers to modify their business practices in order to remain competitive. While some experts have gone so far to say that these factors will eliminate certain kinds of wholesaling altogether, even a cautious prognosis would anticipate that the number of wholesalers will continue to fall as the largest and most efficient—which are not necessarily the same—are best able to cope with market changes.

Two general classes of technology have had a major impact on wholesaling: logistics management technologies and the Internet. Logistics technology is a broad category of devices and software used to make distribution more efficient and reliable. These include implementation of sophisticated automatic identification systems for tracking stock, personnel, and equipment; satellite tracking systems for wholesalers who must manage a fleet of delivery trucks; and integrated computer systems to manage inventory, distribution, and customer services. The best of these technologies, although they require substantial investments, help keep costs down while improving the quality of service. Meanwhile, the Internet is having a profound effect of giving wholesalers' customers more opportunities to compare prices and obtain goods from alternative sources, making wholesaling more price competitive and signaling danger for inefficient wholesalers who may have enjoyed a near monopoly in local markets. The Internet also feeds on a general wish by both manufacturers and retailers to cut out the middlemen in the distribution process. If wholesalers fail to use electronic commerce to their advantage, they risk granting that wish.

Related to the Internet's leveling power are the benefits and drawbacks of heightened international competition, which is likely to be aided by the Internet. Again, competition from abroad will tend to add downward pressure on prices and hurt inefficient and low-margin wholesalers the most. Conversely, however, when wholesalers are able to expand into new markets while keeping costs under control, they may be able to at least recoup any loss of sales domestically and possibly improve sales and profits overall.

A significant threat to wholesalers has been the rise of large and lean national retailers in sectors such as supermarkets, home electronics, office supplies, and do-it-yourself supplies. These large chain stores tend to rely less on wholesalers for their own inventories, and at any rate are gradually snuffing out the independent retailers who are more likely to need wholesalers. Wholesalers have little hope of gaining the big chains as customers because often the chains have cost advantages of both scale and scope over wholesalers. As retail consolidation is expected to continue, a concomitant drop in the number of wholesalers serving those markets can be expected. As some analysts see it, two kinds of wholesalers are likely to weather the changes best: those that will continue growing larger and serving a diverse client base, and those that will focus on specialty markets and excel in those niches.