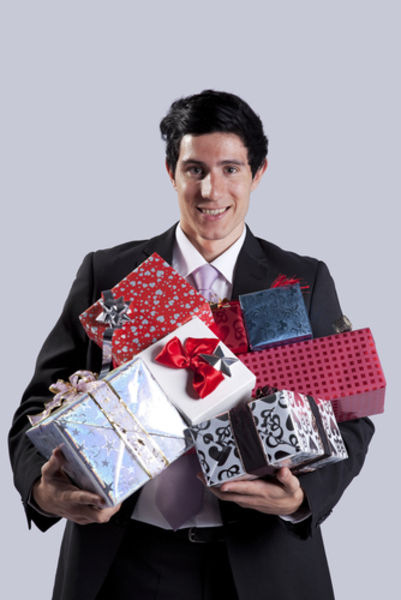 Executive employees, such as chief executive officers (CEOs), chief financial officers (CFOs), company presidents, and other upper level managers are often compensated differently than those at lower levels of an organization. Executive compensation consists of base salary, bonuses, long-term incentives, benefits, and perquisites. In addition to understanding the components of executive compensation, there are issues of pay equity and ethics associated with pay for these types of employees.

BASE SALARY OF EXECUTIVES

Base salary is the regular annual salary of the executive. While job evaluation is typically used to set employee pay in organizations, executive base salary levels are often more influenced by the opinion of the compensation committee (which consists of some or all of the members of the company's board of directors), which is often dependent on information from salary surveys of similar companies. Typically, pay of CEOs and other executives is set to be competitive with other executive salaries in the market and thus may be very high in comparison to the pay of employees in their own company. Recent data indicates that salaries for executives are on the rise. A survey of 100 major U.S. corporations conducted by Mercer Human Resource Consulting indicates that median total direct compensation for the chief executive officers in these corporations was $4,419,300 in 2004.

In the base salary of executives, most receive variable pay, a compensation that fluctuates according to some level of performance. The use of compensation beyond base salary is intended to motivate executives to reach certain organizational performance goals, for example, specific profit levels, and reward them for reaching these goals. One very popular type of variable pay is the executive bonus, which is a one-time payment tied to some short-term performance goal. The bonus may be based on any number of performance outcomes, ranging from judgments of executive performance by the board of directors, to levels of company profits or market share. Nearly all executives now receive some sort of bonus as a part of their compensation package. The Mercer study, described above, indicates that the CEOs of 100 major American corporations had a median bonus of $1.14 million in 2004, which equaled 141 percent of their annual salaries. In other words, bonuses accounted for more money than the CEO's annual salary in this sample.

In recent years, incentives have become important for rewarding the performance of executives, and now make up about one half of total executive compensation. Incentives are rewards that are linked to >specific long-term goals of the organization. The most common long-term incentive is the stock option, which either gives the executive free company stock, or allows him or her to purchase company stock at a reduced price for a period of time. These stocks become more valuable as the company improves financially, and therefore, ownership of stock is intended to encourage the executive to make the organization more profitable. Executives can then sell these stocks at a later time when they have appreciated in value, therefore providing compensation beyond the employee's tenure with the organization. Recent news stories detailing company failures in which unethical accounting practices and artificial inflation of stock prices caused lower-level employees to lose investments in company stock have raised concerns about the ethics of granting large numbers of stock options to executives.

Benefits for executive-level employees are also likely to be different than those offered to lower-level employees. Executives will often receive high levels of typical company fringe benefits, like health insurance, life insurance, and pension plans. Additionally, some executives may also have a contract for large severance packages, paying cash and stock options to a CEO fired from a company. Many executives negotiate generous severance packages at the time of hire, so that even if they are unable to deliver upon promises to the company, they can collect compensation upon exit.

Executive perquisites, or "perks," are special benefits and services for executives and other top employees of companies. Perks may be things such as a car service, an executive dining room, special parking, membership in clubs, and other such amenities. It is customary for many U.S. executives to receive perks as a part of their total compensation. Some of these perks, like car service or a company airplane, may serve to improve an executive's ability to do his or her job. Additionally, some perks bring with them a certain level of status, for example company-paid membership to an exclusive country club that is appealing to executive employees.

Pay equity, or the fairness of pay, can be evaluated both internally and externally. These ideas are based on equity theory, a theory of motivation. Equity theory, briefly, indicates that a person examines what he brings to a job (inputs) and what he receives from a job (outcomes) and compares that to a reference person, evaluating the other person's inputs and outcomes. An employee might determine that she brings a certain level of education, experience, and effort to her job and that those inputs result in a certain level of salary and benefits. She would then compare this relationship to the education, experience, and effort, and the subsequent salary and benefits of another person. If these ratios are not equal, then the employee will feel unfairly treated. If this employee determines that her inputs are far greater than her counterpart's inputs, but their pay is the same, this employee will feel unfairly compensated.

External equity is the assessment of the fairness of pay in similar jobs in different organizations. Executives who compare their pay to executives in other similar firms are making an assessment of external equity. External equity can be determined through market pay surveys, in which companies share information about the pay and benefits in their jobs. Additionally, the pay levels of executives may be public knowledge, either in company publications to shareholders or in trade organizations. If an executive is compensated highly as compared to others in similar companies, he or she is likely to feel positively about this situation; however, executives who are compensated at a lower rate than comparable executives in other companies may attempt to have their salary raised or may look for another position.

To examine the fairness of executive pay, several factors must be assessed. First, the executive pay package should be responsible to shareholders, which means that it is not so high that it detracts from company profits or that its incentives discourage unethical influence of stock prices. Second, pay packages must be competitive with those of other similar organizations so that executives can be recruited, rewarded, and retained successfully. If a pay package is not competitive, there may be motivation problems or turnover. Third, executive pay should fit with the company's strategy so that it encourages overall company success. This is particularly relevant in regards to short-term bonuses and long-term incentives which can be used to steer the performance of the executive and the organization. Finally, compensation for executives must be in compliance with regulations. There are a number of laws regarding retirement plans, stock options, and other compensation components which must be followed when designing executive pay plans.

The base salary, bonuses, incentives, and benefits for executives have raised serious questions about the ethical implications of such pay. One concern about the high pay level for American executives is that they may encourage executives to make business decisions that benefit themselves rather than the organization in order to meet performance goals necessary to receive incentive pay. This is particularly likely if incentives are short-term in nature. For example, an executive may drive up short-term profits that cannot be sustained, only to collect a large bonus and leave the company before long-term financial problems are revealed.

A second concern with the ethics of high executive pay is the use of stock options as an incentive. Recent evidence of illegal practices in some high-profile American companies has prompted the enactment of the Sarbanes-Oxley Act of 2002. This act prevents executives of companies from keeping profits or bonuses acquired from selling company stock if they have misled the public about the financial health of the company to increase stock price.

Finally, some question the ethics of the high level of executive pay when lower-level employee pay has not risen at the same rate. There is a continually widening gap in compensation in different levels of organizations; for instance, the Mercer study described previously determined that CEOs enjoyed bonuses of 141 percent of salary in 2004, while other studies indicate that typical clerical and technical staff earn approximately 5 percent of salary as an annual bonus. Although some argue that executive level positions deserve high rates of pay due to the nature of the job and the high level of responsibility involved, others argue that the gap in executive versus typically employee pay has widened so dramatically that employees are under-compensated and may even be tempted to engage in unethical behavior, such as stealing from the company.

Executive compensation consists of base salary, bonuses, long-term incentives, benefits, and "perks." Total executive compensation has increased dramatically in recent years, which has led to concerns about pay equity and ethics. Because of the strong focus on external equity when determining executive compensation, internal equity is likely to be a concern. Additionally, as the gap between pay at lower and higher levels of the organization increasingly widens, many CEOs are perceived to be overcompensated. There are other ethical issues to be considered, such as the motivation of executives based on their bonuses, incentives, and stock option grants.

Your numbers are interesting, but lack a significant meaningful relation. A more meaningful amount is the total comp (including the annual change in granted stock options) of all (except full time sales only -- not sales managers) employees over $150k/year for each corporation separately? Please tell us what this amount is.
2
SRY

This is interesting article and fairly represents the greed of current American executives. The company I work - the CEO 2 years ago made in salary 1.5mil, 200% bonus, laid off 10% (6000) workers, and this year reported a more than 300% raise in salary (up to 10.6mil). Oh, by the way...the worker with a good performance rating got a 3% raise the last three years, a medium worker got 1.2%. I love what American Airlines flight attendants' union is doing - creating media attention. I am certain that if I were to highlight the executives numbers (which I indicate above) that are available in the Annual Reports for the last three years, and mention it to people in my company...I would be fired. I hope I live to see the day that external equity and hierarchical pay structers are made illegal...or better yet - internal equity and egalitarian structures are mandated and based on sustainability factors - with only their stock options and other perks directly related to shareholder value. Power and greed - ain't 'capitalism' fantastic.