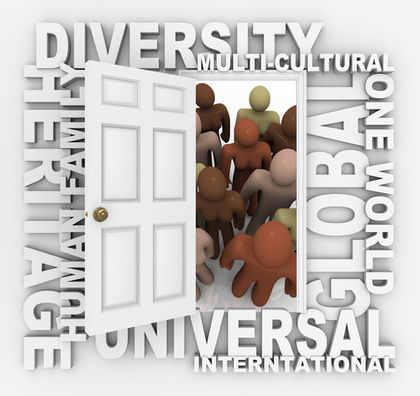 Culture in a global economy is a critical factor in international business. While many business transactions make economic sense, the ability to successfully fulfill profitable relationships often depends on being able to reconcile international differences arising from separate cultures. Understanding cultural differences is an initial step, but managers also need to engage in learning processes to develop international cultural competence. Cross-cultural training enables managers to acquire both knowledge and skills to fulfill the role of cultural agents. Advancing cultural intelligence and international cultural competence is critical to the future success of managers and leaders working in a global context.

Culture, as defined in Kroeber and Kluckhohn's classic, Culture: A Critical Review of Concepts and Definitions, is the "patterned ways of thinking, feeling, and reacting, acquired and transmitted mainly by symbols, constituting the distinctive achievements of human groups, including their embodiments in artifacts; the essential core of culture consists of traditional (i.e., historically derived and selected) ideas and especially their attached values" (1952). In international management research, Hofstede defined culture as "…the collective programming of the mind which distinguishes the members of one group or category of people from those of another" (1991). Many other definitions of culture are available. Common elements in the definitions are the shared and dynamic nature revolving around norms, values, and beliefs that are expressed in different behaviors, artifacts, and interactions.

Within the context of international business, culture involves multiple levels that span from broad to narrow and different dimensions. On a broad level, supranational culture differences span multiple countries and include regional, ethnic, religious, and linguistic dimensions. On a national level, governments create sovereign boundaries to distinguish different nations with political and legal regulatory systems. In the business literature, most research on culture uses the nation-state as a proxy for culture. Other levels of analysis for culture include subcultures, as well as professional and organizational groups. In addition to various levels, culture also involves different dimensions.

Four major classifications schemes provide frame-works for identifying international differences in culture. First, anthropologist Edward T. Hall (b. 1914) classified cultural differences along five different dimensions: time, space, things, friendships, and agreements. Second, Kluckhohn and Strodtbeck developed a cultural orientations framework that identified six issues, with variations in each one: relation to nature, relationships among people, mode of human activity, belief about basic human nature, orientation to time, and use of space. Third, Hofstede's framework is one of the most prominent one in international management. He identified four major dimensions of cultural values—individualism-collectivism, power distance, uncertainty avoidance, and masculinity-femininity—along with a fifth dimension subsequently identified as Confucian Dynamism, or long-term orientation. Finally, Trompenaars and Hampden-Turner extended Hofstede's classification with seven dimensions that include universalism versus particularism, collectivism versus individualism, affective versus neutral relationships, specificity versus diffuseness, achievement versus ascription, orientation toward time, and internal versus external control. The four different classifications provide different and overlapping approaches to organize the many complex dimensions that make up culture. A major premise underlying the need for organizing different cultural dimensions is a means to avoid costly mistakes in conducting international business.

The different classifications provide a map to make sense of the complex nature of culture. Important caveats to keep in mind are that each classification is not exhaustive and each one originates from a particular cultural perspective. Managers have to engage in learning processes with cross-cultural training to develop both cultural intelligence and international cultural competence. Cross-cultural training for international assignments encompasses a broad range of methods that may include area briefings, readings, lecture/discussions, language lessons, films, self-assessment exercises, role plays, field trips, sensitivity training, and cross-cultural simulations. Cross-cultural training also needs to be coordinated in multiple phases to maximize the learning effectiveness for individual managers and organizational performance. The three phases are predeparture orientation, in-country socialization, and country exit debriefing. The exit debriefing is important for organizational learning, and a knowledge management system can support the capture of the cultural lessons that are learned.

Kim and Ofori-Dankwa described four major delivery methods for cross-cultural training: the intellectual model, the area simulation model, the self-awareness model, and the cultural awareness model. The intellectual model involves the traditional classroom approach of general readings and lecture. The area simulation model incorporates culture-specific activities (e.g., working in Japan or Mexico) with games and exercises. The self-awareness training method focuses on having participants identify their strengths and weaknesses in dealing with different cultures, especially taken-for-granted assumptions about intercultural situations. The cultural awareness model focuses on the theoretical foundation for behavioral differences across cultures. The key to effective cross-cultural training is the integration of multiple methods that allow a participant to move from simple to complex levels of learning with increasing levels of training rigor.

The purpose of using multiple methods in cross-cultural training is to advance the learning process through the learning stages to develop cultural intelligence and international cultural competence. Cultural intelligence integrates the three interrelated elements of knowledge, mindfulness, and behavioral skills. International cultural competence goes a step further with a more complex skill set that integrates cognitive, affective, and behavioral learning to effectively engage in successful cross-cultural relationships. International cultural competence is very similar to intercultural communication competence, which integrates three components: culture-specific understanding of the other, culture-general understanding, and positive regard of the other. Increasing one's ability to work effectively across cultures also provides positive support to address a range of adjustment issues for expatriates who often face culture shock in the acculturation process. Overall, the most important key of cultural intelligence and intercultural competence is the integration of multiple spheres of cross-cultural learning to effectively engage in international business situations. Effectiveness in reconciling cross-cultural differences often leads to creativity, innovation, and synergy for productive workplace performances.

Although cross-cultural training supports global managers' ability to be effective, the learning process often moves through different stages of development. The different development stages of cultural intelligence are: (1) reactivity to external stimuli, (2) recognition of other cultural norms and motivation to learn more about them, (3) accommodation of other cultural norms and rules, (4) assimilation of diverse cultural norms into alternative behaviors, and (5) proactiveness in cultural behavior based on recognition of change cues that others do not perceive.

Global managers with high levels of cultural intelligence and competence play important strategic roles as cultural agents (c-agents), helping their organizations to span international boundaries. C-agents require both the ability to navigate different cultures and the legitimacy from different cultural perspectives, including organizational and within the local community. Organizations have increasing needs for global managers to fill the role of c-agents because demands of globalization increasingly depend on successful relationships with strategic alliance partners, international vendors, and global customers.

Within the global arena, national borders often form the defining entity for a culture. However, analysis of cultural differences needs to account for a range of diversity within a national culture. On a continuum of cultural diversity that ranges from homogenous to heterogeneous, Japan, Norway, and Poland are relatively more homogeneous when compared to India, Papua New Guinea, Australia, Britain, and Canada. The more heterogeneous societies encompass more distinctions between subcultures within the national borders. However, it is important to account for the fact that "almost no country is entirely homogeneous. The world's nearly 200 countries contain some 5000 ethnic groups. Two-thirds have at least one substantial minority—an ethnic or religious group that makes up at least 10 percent of the population."

In many ways, how a society addresses issues of multiculturalism creates an orientation that enables its citizens to live and work together in a global community. Cultural norms shaped by national government policies will need to avoid and dismantle policies for separation (keeping different cultural identities but not integrated) or assimilation (forced rejection of traditional cultural identity to integrate into dominant identity) in order to adopt new approaches of multiculturalism. Important principles for multicultural policies center on promoting tolerance and cultural understanding to respect diversity, recognize multiple identities, and build common bonds of membership to the local community.

In the future globalization will continue to increase the flow and interactions of people across cultures, which surfaces even more international differences. Understanding the different dimensions of culture provides an initial knowledge base to develop cultural intelligence and competence for effective international business relationships. However, global managers require cross-cultural training to advance their learning and growth in cultural intelligence and competence as they take on international assignments. More importantly, organizations will have an increasing need for global managers to become c-agents to develop effective international relationships. In addition, government leaders have opportunities to shape their national culture and support international competitiveness with new multiculturalism policies that promote both the inclusion of multiple cultural identities and the development of local communities in an era of globalization.

Earley, P. Christopher, and Randall S. Peterson. "The Elusive Cultural Chameleon: Cultural Intelligence as a New Approach to Intercultural Training for the Global Manager." Academy of Management Learning & Education 3, no. 1 (2004): 100–115.

Zakaria, Norhayati. "The Effects of Cross-Cultural Training on the Acculturation Process of the Global Workforce." International Journal of Manpower 21, no. 6 (2000): 492–510.

Naval Officer with a number of international visits and contacts over the years. Projecting retirement; considering international business with a US company, concentrating in logistics.
1) What are some ways that cultural differneces would affect how I would conduct business internationally?
2) Are there specific skills that I would need to address cultural differences that I would experience?
3) There are a myriad of challenges to overcome. With that, for US companies, would expatriate or foreign-national managers be better "equiped" to deal with cultural barriers or issues? Are times changing that expatriates are not "preferred" overseas? Are international companies focusing recruitment from within their projected business based country?
Sorry to ask so many questions, but I am weighing my options and any/all input is GREATLY APPPRECIATED.
Sincerely, Grady Duffey