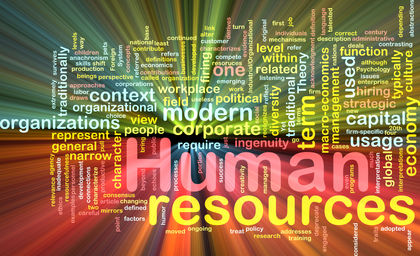 As people work together to accomplish goals, groups develop into organizations. As goals become more specific and longer-term, and work more specialized, organizations become both more formal and institutionalized. Organizations tend to take on a life of their own and widely held beliefs, values, and practices develop, differentiating one organization from another and often affecting the organization's success or failure. In the early 1980s, management scholars began attempting to describe these belief systems, which they referred to as organizational or corporate cultures.

Interest in organizational cultures was further created by William Ouchi's 1981 best-seller, Theory Z: How American Business Can Meet the Japanese Challenge. Ouchi considered organizational culture to be a key determinant of organizational effectiveness. In 1982 two other best-sellers, Terrance Deal and Allan Kennedy's Corporate Cultures: The Rites and Rituals of Corporate Life and Thomas Peters and Robert Waterman's In Search of Excellence, supported the idea that excellent companies tended to have strong cultures.

CULTURAL FIT BETWEEN
ORGANIZATION AND MEMBERS

In contrast, employees who understand and share the organization's values have a better basis for making choices that match the firm's goals. Many organizations compete through innovation. When most employees understand and support the organization's expectations, less time is spent explaining, instructing, and building consensus before trying something innovative. Moreover, the error level will be lower in most cases. Employees who are well acculturated also find their work more meaningful: They are part of, and contributing to, something larger than themselves. Thus, a good cultural fit between employees and the organization contributes to employee retention, organizational productivity, and profit.

Organizations often convey cultural values explicitly by means of mission statements or corporate credos, or to a lesser extent through slogans, logos, or advertising campaigns. Leaders and managers also show what the organization values by what they say and do, what they reward, who they make allies, and how they motivate compliance. Other elements of culture appear tacitly in symbols and symbolic behavior: For instance, meeting protocols, greeting behavior, allocation and use of space, and status symbols are a few areas where organizational norms often develop. Culture can regulate social norms as well as work or task norms.

The new-employee orientation typically offered by organizations conveys selected cultural elements of which management is both aware and proud. Some cultural elements might be initially unpalatable, however, and some others might be hard to put into words. For instance, an orientation would rarely say outright that the culture rewards neglect of one's personal life and demands a 60-hour work week, although these expectations are not unknown in corporate life. Perceptive new employees learn about tacit cultural elements through observation and through questioning trusted employees or mentors. This is not one-time learning; employees must continue to watch for signs that the rules are changing.

These organizational rules include explicit policy statements, but also a much larger and less evident set of unwritten organizational expectations. Attentive employees figure them out sooner than others. They listen to the metaphors, images, and sayings that are common in the organization. They watch, for example, the consequences of others' mistakes to reach conclusions about appropriate behavior.

Organizations also communicate values and rules through displayed artifacts. For example, in some organizations, the CEO's office displays many symbols of wealth, such as expensive original art or antiques. In others, the CEO's workspace is very Spartan and differs little from that of other executives and higher-level managers. In the former case, a manager with other sources of income might be able to afford similar status symbols but would be unwise to display them since this might be perceived as competing with the CEO. In the latter case, display of personal wealth by people in general would probably be counter to organizational values.

Even the way a physical plant is laid out communicates cultural messages: Is it an open area where everyone can see everyone? Are there cubicles? Are there private offices? Is it easy or difficult to move and communicate between functional areas? Have ergonomics and convenience been considered or ignored? Are there adequate neutral spaces for people to meet to make decisions and solve problems? Do the break rooms and lunch rooms invite or discourage use?

SOME COMPONENTS OF CULTURE

The idea that organizations have cultures came originally from ethnography, the study and description of human social cultures. Researchers in organizational culture have borrowed some of that language. Individuals in societies took on specific "roles," such as ruler, priest, historian, or teacher. In organizations, similar roles emerge. The historian or storyteller, for instance, is usually a longtime employee who narrates inspirational stories about the company's early years or its evolution. Embodied in the stories are many of the core values that permeate the organization. This "organizational folklore" includes oft-repeated stories about the founder, a long-term CEO, a dramatic firing, or an individual who rose through the ranks very quickly owing to some attribute highly valued by the firm. The stars of an organization are comparable to a social culture's heroes. An organization's success stories yield "role models" for the ambitious.

Organizations develop "rites and rituals" comparable to traditional activities within an ethnic culture. Whereas some organizations might emphasize award ceremonies, others might de-emphasize explicit recognition and affiliation behaviors. Still others might foster "management by walking around," whereby managers spend frequent one-on-one time away from their desks giving praise or criticism to individuals. As another example, lunch with the president might be a longstanding tradition, although the amount of actual communication will vary from organization to organization according to unwritten rules about who talks to whom.

Although all organizations have both formal and informal communication networks, organizational culture strongly affects the content, reliability, and influence of the informal network or "grapevine." When information through formal channels is scarce, the grapevine carries heavier traffic. Leaders aware of culture's importance try to find ways to tap and monitor the grapevine and sometimes use the grapevine by adding information to it.

Deliberate and major culture change occurs by executive fiat, by implementation of a plan, or a combination of these means. When leadership changes or when existing leadership commits to change, employees learn that the old assumptions which they were comfortable are no longer safe. After a merger or acquisition, for example, "how we do things here" will change, sometimes quickly and radically. A wise leadership team implements a planned culture-change process. The process usually consists of a series of two-way communications that elicit the prevailing assumptions, reassure employees that the changes can benefit them, introduce (sometimes gradually) the new vision, and work to gain employees' commitment and support. Leaders also must model the new culture for others and change the organization's structure and management practices to support the new culture. If the leaders skip the process or do an inadequate job, employees at all levels experience stress, confusion, and anger. When change is introduced so as not to arouse fear and resentment, however, transition may be relatively smooth.

A 1992 research study by J.P. Kotter and J.L. Heskett showed that long-term financial performance was highest for organizations with an adaptive culture. One example of when organizations must adapt their culture is when organizations become multinational. With the increase in global organizations, it has become clear that national cultures impinge on organizational cultures. Besides language differences, employees bring to the job many radically different assumptions about such aspects as the dignity of work, the proper relationship between employee and supervisor, the value of initiative, the treatment of unwelcome information, and the voicing of complaints. Organizations with international customers, and even more, those with global operations have needed to learn how to adapt to a multicultural environment. Failure to adapt jeopardizes an organization's chance of success abroad.

To summarize, organizational culture is the shared assumptions, beliefs and values held by most members of an organization. Culture is conveyed in both explicit and implicit ways. Newcomers to an organization must quickly assimilate a great deal about the culture. Veteran employees must remain aware of cultural change too, especially when the leadership changes. A strong culture that is aligned with the organization's strategic context and is adaptive to environmental changes can enhance an organization's long-term financial performance.

Chatman, J.A. and K.A. Jehn. "Assessing the relationship between industry characteristics and organizational culture: How different can you be?." Academy of Management Journal 37 (1994): 522–553.

I was looking some information on "Organizational Culture" and I found this article to be very informative. Thanks!