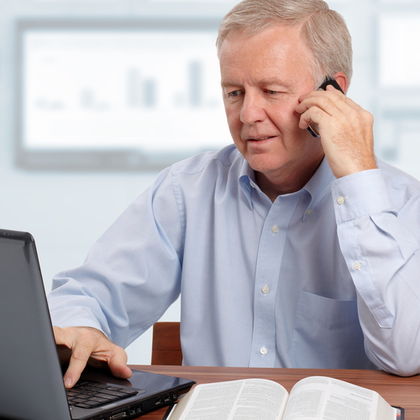 DEVELOPMENT OF THE FUNCTIONAL
APPROACH TO MANAGEMENT

Henri Fayol was the first person to identify elements or functions of management in his classic 1916 book Administration Industrielle et Generale. Fayol was the managing director of a large French coal-mining firm and based his book largely on his experiences as a practitioner of management. Fayol defined five functions, or elements of management: planning, organizing, commanding, coordinating, and controlling. Fayol argued that these functions were universal, in the sense that all managers performed them in the course of their jobs, whether the managers worked in business, military, government, religious, or philanthropic undertakings.

Fayol defined planning in terms of forecasting future conditions, setting objectives, and developing means to attain objectives. Fayol recognized that effective planning must also take into account unexpected contingencies that might arise and did not advocate rigid and inflexible plans. Fayol defined organizing as making provision for the structuring of activities and relationships within the firm and also the recruiting, evaluation, and training of personnel.

According to Fayol, commanding as a managerial function concerned the personal supervision of subordinates and involved inspiring them to put forth unified effort to achieve objectives. Fayol emphasized the importance of managers understanding the people who worked for them, setting a good example, treating subordinates in a manner consistent with firm policy, delegating, and communicating through meetings and conferences.

Fayol saw the function of coordination as harmonizing all of the various activities of the firm. Most later experts did not retain Fayol's coordination function as a separate function of management but regarded it as a necessary component of all the other management functions. Fayol defined the control function in terms of ensuring that everything occurs within the parameters of the plan and accompanying principles. The purpose of control was to identify deviations from objectives and plans and to take corrective action.

Fayol's work was not widely known outside Europe until 1949, when a translation of his work appeared in the United States. Nevertheless, his discussion of the practice of management as a process consisting of specific functions had a tremendous influence on early management texts that appeared in the 1950s.

Management pioneers such as George Terry, Harold Koontz, Cyril O'Donnell, and Ralph Davis all published management texts in the 1950s that defined management as a process consisting of a set of interdependent functions. Collectively, these and several other management experts became identified with what came to be known as the process school of management.

CRITICISM OF THE FUNCTIONAL
APPROACH TO MANAGEMENT

By the early 1970s, some experts suggested that the functions of management as described by Fayol and others of the process school of management were not an accurate description of the reality of managers' jobs. Chief among the critics of the functional approach was Henry Mintzberg.

Based upon an observational study of five executives, Mintzberg concluded that the work managers actually performed could best be represented by three sets of roles, or activities: interpersonal roles, informational roles, and decision-making roles. He described the interpersonal roles as consisting of figurehead, leader, and liaison. He identified three informational roles: monitor, disseminator, and spokesperson. Finally, he described four decision-making roles that included entrepreneur, disturbance handler, resource allocator, and negotiator.

Mintzberg's challenge to the usefulness of the functions of management and the process school attracted a tremendous amount of attention and generated several empirical studies designed to determine whether his or Fayol's description of the managerial job was most accurate. While this research did indicate that managers performed at least some of the roles Mintzberg identified, there was little in the findings that suggested that the functions of management were not a useful way of describing managerial work.

Scholars continue to debate this question. Research by David Lamond suggests that both approaches had some validity, with Fayol's approach describing the ideal management job and Mintzberg describing the day-to-day activities of managers. Thus, the general conclusion seems to be that while Mintzberg offered a genuine insight into the daily activities of practicing managers, the functions of management still provides a very useful way of classifying the activities managers engage in as they attempt to achieve organizational goals.

Planning is a process consisting of several steps. The process begins with environmental scanning, which simply means that planners must be aware of the critical contingencies facing their organization in terms of economic conditions, their competitors, and their customers. Planners must then attempt to forecast future conditions. These forecasts form the basis for planning.

There are many different types of plans and planning.

Organizing also involves the design of individual jobs within the organization. Decisions must be made about the duties and responsibilities of individual jobs as well as the manner in which the duties should be carried out. Decisions made about the nature of jobs within the organization are generally called "job design" decisions.

Traditionally, job design was based on principles of division of labor and specialization, which assumed that the more narrow the job content, the more proficient the individual performing the job could become. However, experience has shown that it is possible for jobs to become too narrow and specialized. When this happens, negative outcomes result, including decreased job satisfaction and organizational commitment and increased absenteeism and turnover.

Recently many organizations have attempted to strike a balance between the need for worker specialization and the need for workers to have jobs that entail variety and autonomy. Many jobs are now designed based on such principles as job enrichment and teamwork.

To become effective at leading, managers must first understand their subordinates' personalities, values, attitudes, and emotions. Therefore, the behavioral sciences have made many contributions to the understanding of this function of management. Personality research and studies of job attitudes provide important information as to how managers can most effectively lead subordinates.

Studies of motivation and motivation theory provide important information about the ways in which workers can be energized to put forth productive effort. Studies of communication provide direction as to how managers can effectively and persuasively communicate. Studies of leadership and leadership style provide information regarding questions such as, "What makes a manager a good leader?" and "In what situations are certain leadership styles most appropriate and effective?"

The measurement of performance can be done in several ways, depending on the performance standards, including financial statements, sales reports, production results, customer satisfaction, and formal performance appraisals. Managers at all levels engage in the managerial function of controlling to some degree.

The managerial function of controlling should not be confused with control in the behavioral or manipulative sense. This function does not imply that managers should attempt to control or manipulate the personalities, values, attitudes, or emotions of their subordinates. Instead, this function of management concerns the manager's role in taking necessary actions to ensure that the work-related activities of subordinates are consistent with and contributing toward the accomplishment of organizational and departmental objectives.

Effective controlling requires the existence of plans, since planning provides the necessary performance standards or objectives. Controlling also requires a clear understanding of where responsibility for deviations from standards lies. Two traditional control techniques are the budget and the performance audit. Although controlling is often thought of in terms of financial criteria, managers must also control production/operations processes, procedures for delivery of services, compliance with company policies, and many other activities within the organization.

The management functions of planning, organizing, leading, and controlling are widely considered to be the best means of describing the manager's job as well as the best way to classify accumulated knowledge about the study of management. Although there have been tremendous changes in the environment faced by managers and the tools used by managers to perform their roles, managers still perform these essential functions.