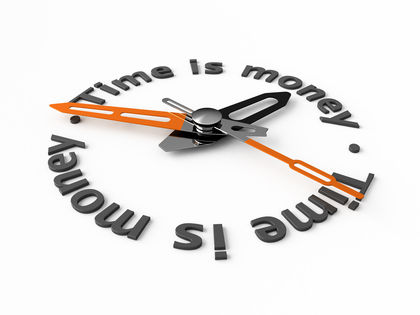 Organizing is the managerial function of arranging people and resources to work toward a goal. The purposes of organizing include but are not limited to determining the tasks to be performed in order to achieve objectives, dividing tasks into specific jobs, grouping jobs into departments, specifying reporting and authority relationships, delegating the authority necessary for task accomplishment, and allocating and deploying resources in a coordinated fashion.

Organizing plays a central role in the management process. Once plans are created the manager's task is to see that they are carried out. Given a clear mission, core values, objectives, and strategy, the role of organizing is to begin the process of implementation by clarifying jobs and working relationships. It identifies who is to do what, who is in charge of whom, and how different people and parts of the organization relate to and work with one another. All of this, of course, can be done in different ways. The strategic leadership challenge is to choose the best organizational form to fit the strategy and other situational demands.

When organizing, managers must make decisions about the division of labor and work specialization, departmentalization, chain of command, span of management, centralization, and formalization. Collectively, these decisions are often called organizational design.

DIVISION OF LABOR OR SPECIALIZATION.

More than two centuries ago Adam Smith concluded that division of labor contributes to increased productivity and efficiency by allowing workers to specialize and become proficient at a specific task. This principle, coupled with technological advances, made possible the tremendous productivity of industrial companies during most of the twentieth century. By the 1940s most manufacturing jobs in developed nations were highly specialized, with workers performing specific, standardized, and repetitive tasks. This resulted in reduced staffing, training, and compensation costs, since highly skilled workers were often not necessary. In addition, since employees were doing the same task repetitively, they tended to become very good at it.

Despite the improvements in productivity made possible by the division of labor, managers must be aware of the negative aspects of specialization: fatigue, stress, boredom, low quality products, absenteeism, and turnover. Such problems have led to programs geared toward job enlargement and job enrichment.

As companies grow larger, a certain amount of formalization is inevitable. Employees require some direction in their job responsibilities and in the procedures required for consistency within the organization's production schema. When organizing, however, managers should be aware of the costs of excessive formalization, which may include stifling employee creativity and innovation as well as slowing the organization's responsiveness to critical issues and problems.

There is no standard formula for the best way to organize an enterprise. Several factors have been shown to influence organizing decisions. Among the most important of these factors are strategy, size, environmental conditions, and technology.

Small enterprises tend to exhibit less formalization, centralization, and complexity in their organizational structure. Nevertheless, enterprises of the same size may be organized quite differently because of differences in strategy, environmental conditions, and technology.

The key factor in the external environment that is relevant to organizing is uncertainty. Some enterprises face competitive environments that change rapidly and are quite complex, while others face relatively stable conditions. Generally, turbulent environments call for organizing decisions that lead to less formalization and centralization in the organizational structure.

what are the advantages and disadvantages of organising in management