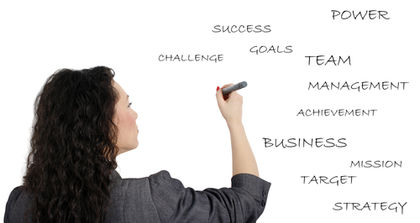 Organization theory is a broad field with roots in sociology. Anthropologists, philosophists, and political scientists have contributed greatly to the field. Organization theory as a topic for managers, as opposed to scholars, has come about fairly recently. For example, political scientists trace many ideas back to Ancient Rome or even before. Philosophers reach even farther back in time, and anthropologists have been interested in organization in terms of how groups arrange social systems and status systems as long as there has been a field of anthropology.

Although it is difficult to pinpoint when managers became interested in theories of organization, some suggest it was around the 1940s, when the writings of the German sociologist and engineer, Max Weber, were translated into English. Although Weber's life-work was spent trying to understand why capitalism arose first in Western Europe rather than in Asia, American managers lifted Weber's notion of bureaucracy out of these studies to explain then-modern forms of organizations that coincided with what Weber had described among Western European organizations. These organizations had reduced the influence of patriarchal styles of management to systems in which job positions, rather than the people in those positions, provided the source of authority.

Phillip Selznick became well known for studying goal conflict and power struggles during the U.S. government's subsidy of the Tennessee Valley Authority, which was an effort to put unemployed Americans to work producing electricity for the Tennessee Valley area. In the 1950s Herbert Simon studied how managers make decisions when information is complex but incomplete. The 1960s brought about research elaborating why the closed-system mentality of organizations—the idea that organizations have little reciprocal interaction with their environments—was not accurate. The result was a shift to viewing organizations as open systems that are intertwined with their environments in such a way that reciprocal interdependence is created. Managers began to realize that society has a profound effect on organizations, as organizations also have a profound effect on society.

The broadest variant of organization theory looks at the relationship between organizations and their social and natural environments, as originated by open-system theorists. One branch of Western moral philosophy conceives of organizations as having a social contract with society, whereby they are granted legitimacy for the purpose of serving the social good. This constructive purpose includes the production of goods and services and their fair allocation. Yet organizations can also cause negative social outcomes. Negative externalities include the social problems associated with monopolies, unsafe products, and the unfair treatment of employees, as well as the ecological problems posed by industrial accidents and industry-related pollution of the natural environment.

The anthropological view derives from the knowledge that standards of social control reflect the underlying assumptions, values, and beliefs of cultures. The restraints or expectations placed on organizations, therefore, can vary across societies. The stakeholder model of organizations is useful for demonstrating this form of cultural relativism. The stakeholder model depicts an organization as surrounded by a variety of constituent groups, such as customers, social activists, regulators, the media, stockholders, and regulatory agencies.

Stakeholder expectations, in turn, can depend upon cultural affiliations. For example, employees in the United States tend to expect more active participation in the work contract than do employees in Japan. Thus, a Japanese firm with operations in the United States may face employment laws and employee views of justice and fairness that differ from those of the home country. When the scope of organization theory is widened to include international issues such as the activities of multinational corporations in host environments, the impact of cultural relativism must be acknowledged.

Contemporary theorists use many metaphors to guide their investigations into the suboptimal and even non-rational decisions enacted in organizations. These metaphors include those that suggest organizations are systems of power and political intrigue, miniature cultures, chaos, temples, theaters, machines, families, and jungles. These metaphors arise through shared meaning that has been socially constructed and generally agreed upon, thus subconsciously institutionalizing the specific, agreed-upon metaphor for certain organizations.

Organization theorists are interested in why organizations exist and how these social systems function. This interest has yielded a body of research on the organizational-societal relationship and the formal and informal aspects of organizational life, yet there is no single answer to either of these root issues.

Organisation is the structural relationship that enables human beings work together for the achievements of goals or objectives through a division of labour or through a hierarchy of authority and responsibility.
2
OREST MASUE

GOOD ARTICLE, WORTH BEING READ BY STUDENTS IN ORGANIZATION THEORY