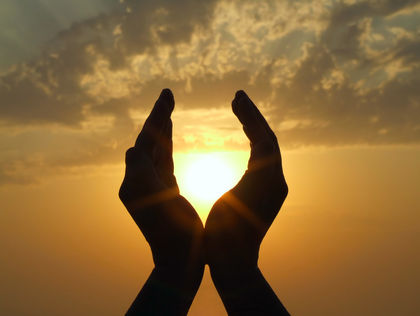 Before a definition of spirituality in leadership can be provided, one must first examine the meaning of the two key aspects of the phrase: the "spirit" and the "leader." One dictionary definition of spirit is "that which is traditionally believed to be the vital principle or animating force within living beings." Thus, the spirit relates to the deeper sense, meaning, or significance of something. A dictionary definition of the leader is "one who shows the way by going in advance; one who causes others to follow some course of action or line of thought." Thus, the leader is one who influences followers to think or behave in some way. Combining the two terms suggest that the leader who incorporates spirituality into his or her leadership will be one who causes others to seek out and understand their inner selves and who fosters a sense of meaning and significance among his or her followers. Thus, one definition of spirituality in leadership is a holistic approach to leadership in which the leader strives to encourage a sense of significance and interconnectedness among employees.

The spiritual leader strives for a workplace that is truly a community, consisting of people with shared traditions, values, and beliefs.

Spirituality in leadership implies that the focus will be less on formal position power and more on people; less on conformity and more on transformation and diversity; and less on controlling and more on partnership, collaboration, and inspiration. Spirituality in leadership does not require that the leader adhere to a particular religion or that he or she attempt to convince subordinates to pursue a specific set of religious principles. While leaders who emphasize spirituality may base their leadership approach in Christianity or another religious tradition, they may also have so-called "non-traditional" religious beliefs or may not adhere to any particular religion at all. Spirituality in leadership is more concerned with the development of employees as "whole people"—people who exhibit compassion to other employees, superiors, subordinates, and customers.

SPIRITUALITY IN THE WORKPLACE

Spirituality in leadership cannot be understood apart from the more general issue of spirituality in the workplace because spirituality plays an increasingly important part in the workplace. Many employees look to the workplace as a means of finding meaning in their lives. In today's world, many employees regard their workplace as a community—even as other "communities" that give meaning to people's lives are strained or ripped apart by modern styles of living. In the U.S. of the mid-twentieth century, for example, most people lived near, not only their immediate family, but also their extended family (i.e. grandparents, aunts, uncles, cousins). This is no longer the case, as many in the U.S. and around the world do not live in close proximity to their family of origin or extended family members. Thus, one's family is not an immediate and ready source of support for many individuals. This has led to a loss of identity and connectedness in people's lives, since people's families provide a rich context for self-understanding, personal growth, and maturity.

Similarly, the pattern of individuals' affiliation with formalized religion and religious institutions has undergone a dramatic change in recent years. Beginning in the 1960s, a general sense of dissatisfaction and skepticism about organized religion became common, particularly among younger people. In the subsequent years, rates of attendance at religious services and active involvement in religion declined worldwide. Although the majority of people today will self-identify as a member of some religious faith, many still do not attend formal religious services and have only a tenuous connection with a particular church, synagogue, etc. Thus, many people appear to be estranged from formal religion, which takes away another potential avenue to a sense of self-worth, identity and spiritual growth.

Likewise, many people used to find a sense of identity and connection in their neighborhoods and communities. This has changed as well. Many people relocate several times during their careers and spend relatively short periods of time in any one place. They do not put down roots in their local community, do not participate to a great degree in community events, and do not form strong relationships with neighbors. Anecdotal and survey evidence suggest that it is common for people to live next door or across the street from people and know almost nothing about them, even in small towns. In general, many people seem to be "drifting" without a strong connection to others or overall sense of purpose.

Within this context, it is easy to explain why so many people seek to derive great meaning from their work and their organizations. Most spend more time in the workplace with their coworkers than anywhere else. Close friendships, courtships, and marriages are common among coworkers. The modern workplace is not just a place where people work, but a place where they form friendships, socialize, and attempt to find a sense of fulfillment. It is also a place where people attempt to make sense of and derive meaning from the activities that comprise what we call "work" and how these activities fit within the greater fabric of individuals' lives. This quest for meaning has prompted the recognition that spirituality in the workplace and spiritual leadership are real issues affecting the quality of life in the modern organization.

THE ROLE OF LEADERSHIP
IN DEVELOPMENT

There appears to be a shift in approaches to leadership in the workplace, with an increasing focus on more holistic approaches that focus on compassion, encouragement, empathy, and service. Some contend that the greatest aspects of leadership are assisting followers in finding meaning and purpose in their work and fostering a sense of community among followers. This point of view suggests that spirituality in leadership does not involve directives and the chain of command, but transformational leadership that defines the organization's values and helps followers perceive that they are contributing to a valuable and worthwhile goal set.

Servant leadership is not a full-fledged theory of leadership but can be thought of as a philosophy of leadership. It de-emphasizes the position of power or elite status of the leader. Instead, this approach to leadership suggests that the leader must first be a servant of others. It suggests that leaders must place the needs of subordinates, customers, and the community ahead of their own interests in order to be effective. Characteristics of servant leaders include empathy, stewardship, and commitment to the personal, professional, and spiritual growth of their subordinates. Servant leadership is consistent with aspects of Christianity, but is not a "Christian" theory per se. Servant leadership has not been subjected to extensive empirical testing but has generated considerable interest among both leadership scholars and practitioners.

Beginning in the 1970s, a number of leadership theories emerged that focused on the importance of a leader's charisma to leadership effectiveness. Included within this class of theories are House's theory of charismatic leadership, Bass's transformational leadership theory, and Conger and Kanungo's charismatic leadership theory. These theories have much in common. They all focus on attempting to explain how leaders can accomplish extraordinary things against the odds, such as turning around a failing company, founding a successful company, or achieving great military success against incredible odds. The theories also emphasize the importance of leaders' inspiring subordinates' admiration, dedication, and unquestioned loyalty through articulating a clear and compelling vision.

THE BENEFITS OF SPIRITUALITY
IN LEADERSHIP

Scott, K.T. "Leadership and Spirituality: A Quest for Reconciliation." In Spirit at Work New York: Jossey-Bass, 1994.