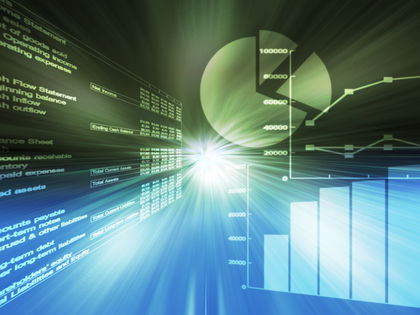 A firm's stakeholders are the individuals, groups, or other organizations that are affected by and also affect the firm's decisions and actions. Depending on the specific firm, stakeholders may include governmental agencies such as the Securities and Exchange Commission, social activist groups such as Greenpeace, self-regulatory organizations such as the National Association of Securities Dealers, employees, shareholders, suppliers, distributors, the media and even the community in which the firm is located among many others. The following discussion divides the stakeholder perspective into three categorizations, but it is important to realize that firms do not always initially set out to establish one perspective over another. Instead, firms tend to develop their views of stakeholders and stakeholder management over time in reaction to events that unfold throughout the firm's history.

The separation perspective suggests that, because managers are agents of the firm's owners—the shareholders—managers should always strive to act in the best interest of the firm's owners. This view does not cause managers to ignore non-owner stakeholders; indeed, when taking actions that benefit stakeholders also benefit owners, the separation perspective would advise managers to do so. One facet that differentiates this perspective from the others, however, is the rationale behind such decisions; the reason managers make decisions and take actions benefiting non-owner stakeholders is ultimately to reward owners. Clearly, problems arise when a given decision would maximize the benefit to non-owners at the expense of owners, but that would serve the greater good of society in general. For example, suppose a new but relatively expensive technology was created that lowered pollution from steel mini-mills below the level required by the Environmental Protection Agency (EPA). In this case, there is no law requiring the steel mini-mills to purchase and implement the new technology, but doing so would benefit stakeholders such as the community in which the mini-mill had factories. Yet, due to the cost of the new technology, owners' profits would suffer. The separation perspective would direct managers in this situation to dismiss the benefit of lower pollution levels for the community in favor of maximizing owners' profits by meeting EPA requirements, but not by spending funds in excess of what the EPA requires.

The ethical perspective is that businesses have an obligation to conduct themselves in a way that treats each stakeholder group fairly. This view does not disregard the preferences and claims of shareholders, but takes shareholder interests in consideration only to the extent that their interests coincide with the greater good. Budweiser, for example, has modified its advertising over the years to discourage under-age drinking and driving while intoxicated. Social activist groups such as Mothers against Drunk Drivers have pressured Budweiser through their own advertising as well as media attention to maximize responsible alcohol consumption even though this may decrease overall sales for Budweiser. This approach focuses on ethics and suggests that managers have responsibilities apart from profit-oriented activities. While recognizing the claims shareholders have to profit in exchange for putting their capital at risk, the stakeholder perspective that holds ethics as the preeminent decision rule. Taken to an extreme, this perspective can minimize the right of owners to participate in financial gain in proportion to the risks they bear when doing what is ethically best for non-owner stakeholders runs counter to what is financially best for owners. A possible outcome in a capitalistic society could be that fewer and fewer owners place their capital at risk through firm ownership, a condition that may ultimately decrease the economic good of society in general and thus harm the very groups the ethical perspective intended to protect.

The third approach, the integrated perspective, suggests that firms cannot function independently of the stakeholder environment in which they operate, making the effects of managerial decisions and actions on non-owner stakeholders part and parcel of decisions and actions made in the interests of owners. This view holds that managerial decisions and actions are intertwined with multiple stakeholder interests in such a way that breaking shareholders apart from non-owner stakeholders is not possible. Managers who, according to this approach, make decisions in isolation of the multitude of stakeholders and focus singly on shareholders overlook important threats to their own well-being as well as opportunities on which they might capitalize. For example, the National Association of Securities Dealers (NASD) is a self-regulatory organization that monitors and disciplines members such as insurance companies and brokerages. By incorporating NASD regulations into their management decisions and actions, insurance companies and brokerages, at least to some extent, preempt outside governmental action that may make compliance more restrictive or cumbersome. The NASD, in turn, answers to the governmental agency, the Securities and Exchange Commission (SEC). The SEC reports to the U.S. Department of Justice. Each of these—insurance companies and brokerages, the NASD, SEC, and U.S. Department of Justice—are linked in such a way insurance companies and brokerages ignoring these stakeholders would quickly be unable to make a profit and thus fail to serve the interests of owners.

EMERGENCE OF THE STAKEHOLDER
PERSPECTIVE

The conventional thinking dominating the early management literature with the rise of management as a "profession" separate from the firm's owners was that, as agents representing owners, top managers' responsibility was primarily and ultimately to these owners or shareholders. Increasingly, though, managers have come to view non-owner stakeholders as essential to firms' success, not only in financial terms, but also in societal terms (Rodgers and Gago, 2004). However, this has not eliminated managerial decisions that are overly concerned with financial performance at the expense of other stakeholder interests. The collapse of Enron and WorldCom early in the twenty-first century, charges of accounting fraud against firms such as Tyco and Time Warner, Medicare fraud by HealthSouth and United Healthcare illustrate that despite the apparent logic of an integrated perspective of stakeholder management, some managers still hold to the separation perspective. As shareholders of these and other firms have seen, however, is that sole regard to financial results is not always in the best interests of these shareholders. Those holding Enron and WorldCom stock, even those who knew nothing about illegal activities by the firm's top management, quickly came to realize that excluding non-owner stakeholders is not necessarily consistent with maximizing shareholder wealth. In fact, excluding non-owner stakeholders can inadvertently bring more pressure on managers when non-stakeholder interests are not respected. Consider, for instance, additional regulations to which firms must now comply in the wake of many of these situations. The Sarbanes-Oxley Act creates additional reporting requirements in attempts to prevent accounting abuses in the future. Estimates suggest that compliance will coast an average of $35 million per year for large firms with revenues in excess of $4 billion. Obviously, then, neglecting non-owner stakeholders is not always in the best interest of shareholders even if managers take the separation perspective to stakeholder management.

The separation perspective can be traced at least as far back as 1776 when Adam Smith wrote An Inquiry into the Nature and Causes of the Wealth of Nations. Among Smith's most quoted lines is in the work's preface and states: "It is not from the benevolence of the butcher, the brewer, or the baker, that we expect our dinner, but from their regard to their own interest." This reference to what has come to be known as laissez faire capitalism positions self-interest as the most prominent feature of national industrial development. Yet, even though he did not specifically use the term, Smith also realized that stakeholders outside the firm have an important part to play in industrialization. By making provision for what he called the "public good," Smith disseminated the idea of owners' self-interest as a critical variable promoting economic growth, while also realizing that unchecked self-interest must be balanced against the greater good. In this respect, then, the separation perspective and the integrated perspective, while not fully formed, both have their roots in early industrialism.

The ethical perspective stems at least back to the eighteenth-century writings of philosopher, Immanuel Kant. The focus of the ethical perspective is the firm's responsibility to stakeholders from a normative view; that is, the ethically correct action should supercede actions based solely on self-interest, thus making managerial decisions and actions that impact stake-holders based on universal standards of right and wrong the rule that managers should follow. This standpoint, though, suffers from shortcoming stemming from different standards of right and wrong. When right and wrong are apparent, decisions are easy, but management challenges are rarely so clear. Simply suggesting that managers do the "right thing" ignores conflicts of interest inherent in capitalistic competition, and doing the right thing can result in compromises that are not in the best interests of any of the stakeholders, but rather a way to satisfice or make decisions and take actions that are "good enough," but not optimal. The ethical view of stakeholders can result in managers overemphasizing the greater good to the point that they ignore the reality of self-interest, particularly as it pertains to maximize shareholder wealth.

Integrating the broad categorizations of separation and ethics allows room for both self-interest of owners and corporate responsibility to non-owner stakeholders. An integrated perspective of stakeholders positions the self-interests of managers as a key driver of economic growth, but tempers this with social responsibility toward non-owner stakeholders. Maytag, for instance, found that by balancing a plant closure with adequate notice, the reputation of the firm was held intact—a benefit to owners—at the same time that competing stakeholder interests were considered. In this situation, Maytag's Galesburg, Illinois refrigeration assembly plant announced it would be moving operations to a location with less expensive labor and other operational costs, but took the unusually move of giving the firm's 1,000 employees, its local suppliers and the small Galesburg community two years to prepare. Maytag allowed local employment agencies to set up job training within the Maytag plant to prepare its employees for employment after the plant closure. This illustrates how integration of multiple stakeholder interests can move beyond only self-interest or only ethics by integrating both of these.

It is overly simplistic to suggest that managers should just do the right thing in all situations, because the "right thing" to do is not always clear. On the other hand, acting solely in the financial interests of shareholders can result in unintended consequences that ultimately cause shareholders harm. Integrating multiple perspectives allows room for managers to balance the interests of multiple stakeholders. Such stakeholder perspectives allow for competing dimensions, thus provide a framework to help managers harmonize the interests of multiple parties.

Heath, J., and W. Norman. "Stakeholder Theory, Corporate Governance and Public Management: What Can the History of State-Run Enterprises Teach Us in the Post-Enron Era?" Journal of Business Ethics 53, no. 3 (2004): 247–266.

Roberts, R.W., and L. Mahoney. "Stakeholder Conceptions of the Corporation: Their Meaning and Influence in Accounting Research." Business Ethics Quarterly 14, no. 3 (2004): 399–332.