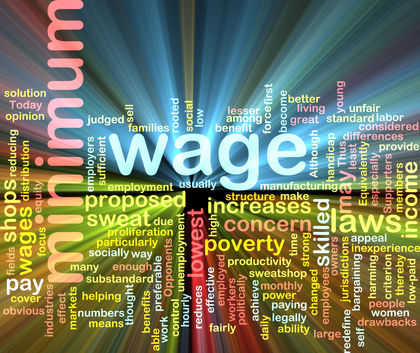 Sweatshops are work environments that possess three major characteristics—long hours, low pay, and unsafe or unhealthy working conditions. Sweatshops have been a factor in the production of goods around the world for centuries, but the globalization of business has led increasing numbers of major corporations to take advantage of low-cost sweatshop labor in developing countries. Recent examples of sweatshop conditions in the garment industry have caused an international outcry by labor leaders, activists, and government officials. Although manufacturers tend to deny it, sweatshops still exist, even in the United States.

THE HISTORY OF SWEATSHOPS

One of the earliest examples of a sweatshop was in the crude textile mills of Ecuador. Spanish conquerors put the native population to work in sweatshop conditions in the manufacture of cloth, rough garments, and assorted textile goods. The use of the term is more recently traced to working conditions in England's emerging manufacturing industries, where women and children sweated in jobs performed under horrid conditions-the work being monotonous, the hours long, and the pay miserably low. The British government established a Select Committee of the House of Lords on the Sweating System in 1889, thus publicly exposing the conditions for the first time. With massive immigration into the United States, especially beginning in the late 1880s, sweatshops became common in American cities on the east coast.

Southern and eastern European immigrants were easy prey for manufacturers who paid low wages and provided poor working conditions in factories. In many instances, the newly arrived immigrants were glad to have these sweating jobs at any wage, no matter how low. The situation in many of the new industries was ripe for sweatshops to develop. Social and economic conditions in most cities produced a large population from which to find workers willing to accept any wage and management systems that neglected the workers, thus removing any consideration of the human factor in manufacturing. Generally, workers lacked access to the kind of knowledge and resources that would enable them to overcome the impossible working conditions, while governments, both local and national, were unwilling to intervene on their behalf. Other characteristics of sweatshops included overcrowding, lack of sanitary conditions, no worker breaks or relief, demands to complete a task within a limited period of time, and-as important to the continuance of the sweatshop-the total lack of job security.

Initial efforts to correct or improve sweatshops in the United States began in 1884 with legislation in the state of New York to eliminate the production of tobacco products in homes-a practice common in the cigar industry. Similar state labor laws proved generally ineffective before trade unions were able to bring about slight relief. But it took federal minimum wage and maximum-hours legislation in 1938 before sweat-shops began to disappear.

Making matters worse for the workers, there were few if any advocates for improving sweatshop conditions. The immigrants had virtually no voice in management or government. Many could not read or write-much less read and write in English-and were essentially pawns of often unscrupulous, profit-driven manufacturers. Educational opportunities were seldom available, and moving up the corporate ladder was not an option.

Jacob Riis did much to call attention to the living conditions of many of these workers in 1903 with the publication of How the Other Half Lives, a photojournalistic account of the living conditions in New York's tenements. Although powerful, Riis's photographs did little to address working conditions in U.S. sweatshops. In the eighth edition of their classic study on the United States working class, Labor Problems: A Text Book, published in 1912, Thomas S. Adams and Helen Sumner outlined the three conditions in sweat-shops and added a disturbing fourth-danger to the consumer's health from using goods manufactured in sweatshops. Few American consumers took notice, but union involvement in improving working conditions was quite evident beginning in the 1910s, especially in the garment industry.

Another industry where sweatshop conditions existed (and still do) was the agricultural industry, which employs a great many immigrants (both legal and illegal) for harvesting or picking fruits and vegetables. The working conditions included long day-light hours under a hot California or Florida sun with few or no breaks. Wages were just as miserable and women and children were especially abused. These workers seldom had the means or education to improve their plight, and all desperately needed the money. Once again unions attempted to bring some relief to the workers, and labor battles, including fights and even open warfare, were all too frequent.

Sweatshops have not been abolished to this day, as is evident in numerous recent examples in the apparel industry that have brought national attention and government reaction to the issue. Garment manufacturers found new ways to finish goods in factories outside the United States, where labor costs were miniscule but sweatshops flourished. In countries in South and Central America and Asia, such companies found a ready labor supply where wage expectations were low and the sweatshop thrived. Companies like The Gap, Liz Claiborne, Kathie Lee Gifford, Nike, and Wal-Mart all came under criticism for marketing goods produced in sweatshops.

National attention was directed at these and other companies in the apparel industry through media out-lets, and consumers were sometimes advised not to purchase certain brand names. Advocacy groups, particularly vibrant among college students (who got their start by refusing to buy college or university logo merchandise produced in sweatshops), organize consumer awareness of sweatshop conditions and attempt to pressure companies into ceasing their sweatshop-labor practices. A site was mounted on the Internet by Sweatshop Watc—a coalition of labor, community, civil rights, immigrant, and women's organizations (www.sweatshopwatch.com)—to further spread awareness and coalesce activist projects.

The U.S. government has lent its efforts toward eliminating the problem, proposing legislation aimed at ending the use of sweatshop labor in foreign countries. However, the most devastating blow to companies marketing sweatshop goods came in the form of lawsuits filed by the dozens.

Despite the concentrated efforts, negative publicity, and legislative action, the proliferation of sweat-shops continues. Representatives of the New York-based National Labor Committee traveled to El Salvador during 1998 to see firsthand local working conditions. While visiting a factory that made jackets for Liz Claiborne, the group found workers reporting fifteen-hour days, two daily bathroom breaks, and appalling working conditions-all for sixty cents an hour. Women were routinely tested for pregnancy and fired if pregnant. Protestors were fired and overtime was enforced. Suspensions without pay were common. A jacket selling for $198 was manufactured for eight-four cents (leaving labor costs as 0.4 percent of the retail price). If sweatshops are illegal in the United States, critics ask, why are U.S. firms neglecting such offshore conditions among their suppliers of finished goods?

Does a remedy exist? In the United States, the courts are a possible avenue of relief. In May 1999, a Los Angeles court issued subpoenas to seventeen U.S. firms-including The Gap, Wal-Mart, Sears, Tommy Hilfiger, Jones Apparel Group, and Warnaco-seeking over one billion dollars in damages over apparel goods reportedly manufactured in Siapan sweatshops. In February 1999, U.S. garment firms announced support of another one billion dollar suit against sweat-shop factories in the Mariana Islands.

Congress also joined the fight; while a 1997 bill aimed at curbing sweatshops in the garment industry failed, a 1998 House hearing was held to discourage the use of sweatshop labor in the garment industry. In early 1999, a presidential task force finally agreed on a foreign factory monitoring system. The task force-which included representatives of apparel manufacturers, labor unions, and human rights organizations-set forth a voluntary workplace code of conduct that included provisions prohibiting forced labor, harassment or abuse of workers, and discrimination, and provisions supporting worker rights to organize and participate in collective bargaining, minimum wage and benefit guarantees, and a safe and healthy work environment. While the Clinton administration and industry leaders praised the agreement as historic, some people criticized it for making participation voluntary and not addressing the need for workers to receive a basic living wage.

But the problem of sweatshops is likely to deepen. Structural adjustment programs, which are often imposed on developing countries by major financial institutions like the International Monetary Fund, are among the hallmarks of the emerging global economy. These programs, which derive from liberal capitalist economic theories, can act indirectly as barriers against labor laws and labor organization (under the logic that these constitute threats to free trade) while deregulating the flow of foreign investment. Hence, the prevailing social and economic climate makes sweatshop labor not only possible, but attractive (and for some industries, almost necessary).

In addition, the governments of many developing nations are reluctant to enforce strong worker-protection laws. They view cheap labor as one of the major assets they can offer to attract investment by multinational companies, which creates jobs and provides capital for development. These governments argue that all of the major developed nations limited worker rights early in their economic histories, and that they should be allowed to do so as well, with the goal of eventually achieving the prosperity that would enable them to eliminate sweatshops. They also claim that sweatshops often provide the best wages and working conditions available to workers in the developing world, who might otherwise be condemned to prostitution, begging, or subsistence farming.

Meanwhile, popular organizing against sweatshop labor is also gaining momentum. These groups try to capitalize on the knowledge that, if the general public were aware of the conditions in which certain consumer items were produced, they would refrain from buying them. Improved global communications, using such tools as satellite and the Internet, make it easy to disseminate information about the business activities of multinational corporations in developing nations. Activists hope that consumer pressure will force companies to become more socially responsible or face devastating negative publicity, like that experienced by Nike and The Gap.

Co-op America, sponsor of the "No Sweat!" program to end sweatshop labor, recommends that individuals and businesses take the following steps to aid the cause: organize local community groups to support a sweatshop-free purchasing law in local or state government; investigate companies with which you do business and insist they maintain good records on labor issues; use your clout as a shareholder to encourage companies to treat employees fairly; and purchase union-made, local, and fair-trade approved goods. Businesses can submit to workplace monitoring under programs run by the Fair Labor Association, Social Accountability International, or Worldwide Responsible Apparel Production.