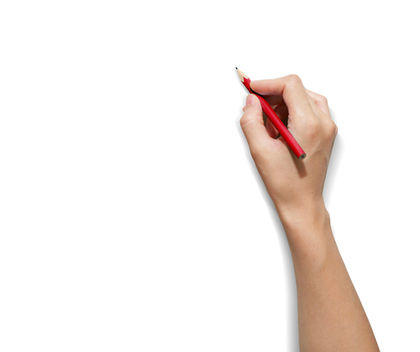 A letter of intent is essentially a document that summarizes the major ingredients of a proposed transaction, including the price, payment method, and important target dates (for contract signing and closing). In most cases, the letter of intent is not legally binding, but it is nonetheless regarded as a useful tool. As Charles F. Claeys observed in Small Business Reports, "the non-binding letter confirms that the buyer and seller have reached a sufficient 'meeting of the minds' to justify the time and expense of executing a final purchase and sale agreement." A letter of intent is most often utilized in situations in which one party is selling a business or facility to another, but the document may also be used to delineate the relationship in a supplier/customer agreement.

Although letters of intent are nominally nonbinding, business and legal experts still counsel business owners to be careful in crafting and using them. Claeys noted that "the case law of ever state is replete with disputes over the meaning of letters of intent. Most of these disputes stem from misperceptions about whether or not the letter binds one side or the other to complete the deal. In some cases, the courts have deemed the documents to be binding due to mistakes in their execution, forcing sellers to sell and buyers to buy when they wanted to back out of the deal."

CONTENTS OF A STANDARD LETTER OF INTENT

There are a few basic steps that small business owners should make sure when putting together a letter of intent to make sure that the document is not a legally binding one. First of all, you should make certain that the letter of intent specifically states that the letter will eventually be superseded by a definitive purchase-and-sale contract that will be legally binding, and that the letter also includes a explicit statement that the letter itself is not legally binding. "If you neglect to state in the letter that you will not be bound legally until you sign a contract, the seller possibly could hold you against your will to the terms of the letter of intent," wrote Mark Pestronk in Travel Weekly. Another big mistake that small business owners sometimes make in fashioning letters of intent is to agree to a statement that says that they will negotiate toward a purchase and sale agreement "in good faith." According to Claeys, "it's virtually impossible to get out of a deal once you've included this language, since the seller need only ask for reasonable terms to meet the 'good faith' criteria. Therefore, the letter should never include the good faith provision in any form."

Non-binding letters of intent may also include most or all of the following elements:

Business experts say, however, that most letters of intent are primarily concerned with delineating only the major terms of the transaction. Indeed, a small business owner who ends up negotiating numerous minor details in a letter of intent may as well skip the step entirely and proceed directly to a binding purchase and sale agreement.

Major terms that should be included in a letter of intent, however, include total price to be paid, including down payment and installment payments; description of assets or stock to be sold; tax allocation of the price among fixed assets, goodwill, noncompete covenants, and consulting fees; and target dates for contract signing and closing. Of these components, price and payment terms are easily the most important elements of the letter.

ADVANTAGES AND DISADVANTAGES OF LETTERS OF INTENT

There are certain advantages associated with signing letters of intent for sellers. After all, a signed letter—even if legally non-binding—does signal that the prospective buyer is truly interested in making a deal, thus saving the seller from incurring unnecessary expenses to accountants and attorneys. Indeed, if a seller consents to sign a letter of intent, he or she can take comfort in the fact that it gives the prospective buyer a better chance of securing financing for the purchase (lenders tend to be favorably inclined toward borrowers who arrive armed with letters of intent).

But according to Claeys, "the disadvantages of the letter [for the seller] usually outweigh the advantages." He pointed out that once a prospective buyer has a signed letter in hand, he or she "tends to terminate its 'courtship' of the seller and toughen its stance on the details that remain to be worked out, including the seller's representations and warranties about how the business is doing, the indemnities for a breach of these representations, and covenants about how the business will be run prior to the change of ownership." Of course, the above-mentioned factors also tend to make letters of intent popular with buyers.

Some prospective buyers request that a "no-shop clause" be inserted into the language of the letter of intent. This clause, when implemented, basically means that the seller agrees not to offer the assets or stocks that are for sale to anyone else for a set period of time. Sellers often refuse to include such a clause, because it means that they are turning away other potential buyers for the duration of the agreed-upon period (usually 60 or 90 days) even though the buyer making the no-shop request is not yet obligated to make the purchase (remember the letter of intent, when constructed correctly, is nonbinding).

One option for sellers who face this type of request is to ask the buyer for a deposit in return. This money can be used by the seller to cover his or her legal and accounting expenses if the deal ultimately fails to come together. Buyers may balk at this condition, however, reasoning that both parties are responsible for their pre-transaction costs.

LETTERS OF INTENT FOR SUPPLIERS AND CUSTOMERS

Although letters of intent are primarily associated with purchases of entire businesses, they can also be used to delineate expectations between business suppliers and customers. These can be especially useful to businesses that have suppliers upon which they are particularly reliant. Such a letter is "a guide rather than a contract," admitted Ernest L. Anderson Jr. in Purchasing, "but it does make clear the outlines of the partnership." Anderson and other business consultants note that customer/supplier letters of intent can discuss all aspects of the relationship, including:

A Basic Guide for Buying and Selling a Company. John Wiley, 1996.

Also read article about Letter of Intent from Wikipedia

what legal actions can be taken if a buyer and seller has signed a intent to purchase and everything has been done up to the point of the seller signing the bill of sale and no the seller wants to back out. Added that the seller was sending documents to back up work for selling the business. and didn't say no he didn't want to sell up until the day the bill of sale needed to be signed