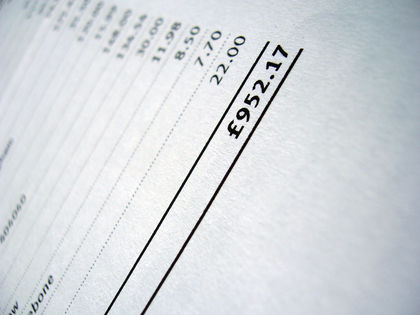 The term leveraged buyout (LBO) describes an acquisition or purchase of a company financed through substantial use of borrowed funds or debt. In fact, in a typical LBO, up to 90 percent of the purchase price may be funded with debt. During the 1980s, LBOs became very common and increased substantially in size, so that they normally occurred in large companies with more than $100 million in annual revenues. But many of these deals subsequently failed due to the low quality of debt used, and thus the movement in the 1990s was toward smaller deals (featuring small- to medium-sized companies, with about $20 million in annual revenues) using less leverage. Thanks to low stock prices, looser regulatory restrictions, and a rally in high-yield bonds, Barron's predicted that 2001 would be the biggest year since the 1980s for LBOs.

The most common leveraged buyout arrangement among small businesses is for management to buy up all the outstanding shares of the company's stock, using company assets as collateral for a loan to fund the purchase. The loan is later repaid through the company's future cash flow or the sale of company assets. A management-led LBO is sometimes referred to as "going private," because in contrast to "going public"—or selling shares of stock to the public—LBOs involve gathering all the outstanding shares into private hands. Subsequently, once the debt is paid down, the organizers of the buyout may attempt to take the firm public again. Many management-led, small business LBOs also include employees of the company in the purchase, which may help increase productivity and increase employee commitment to the company's goals. In other cases, LBOs are orchestrated by individual or institutional investors, or by another company.

According to Jennifer Lindsey in her book The Entrepreneur's Guide to Capital, the best candidate for a successful LBO will be in growing industry, have hard assets to act as collateral for large loans, and feature top-quality, entrepreneurial management talent. It is also vital that the LBO candidate post a strong historical cash flow and have low capital requirements, because the debt resulting from the LBO must be retired as quickly as possible. Ideally, the company should have at least twice as much cash flow as will be required for payments on the proposed debt. The LBO debt should be reduced to 50 percent of overall capitalization within one year, and should be completely repaid within five to seven years. Other factors improving the chances for a successful LBO include a strong market position and an established, unconcentrated customer base.

In order to improve the chances of success for an LBO, Lindsey noted that the deal should be undertaken when interest rates are low and the inflation rate is high (which will make assets more valuable). It is also vital that a management, employee, or outside investment group wants to own and control the company. Many LBOs involving small businesses take place because the owner wants to cash out or retire and does not want to sell to a larger company. LBOs can be very costly for the acquiring parties, with expenses including attorney fees, accounting evaluations, the printing of prospectus and proxy statements, and interest payments. In addition, if either the buyer or the seller is a public company, an LBO will involve strict disclosure and reporting requirements with both federal and state government agencies. Possible alternatives to an LBO include purchase of the company by employees through an Employee Stock Ownership Plan (ESOP), or a merger with a compatible company.

A successful LBO can provide a small business with a number of advantages. For one thing, it can increase management commitment and effort because they have greater equity stake in the company. In a publicly traded company, managers typically own only a small percentage of the common shares, and therefore can participate in only a small fraction of the gains resulting from improved managerial performance. After an LBO, however, executives can realize substantial financial gains from enhanced performance. This improvement in financial incentives for the firm's managers should result in greater effort on the part of management. Similarly, when employees are involved in an LBO, their increased stake in the company's success tends to improve their productivity and loyalty. Another potential advantage is that LBOs can often act to revitalize a mature company. In addition, by increasing the company's capitalization, an LBO may enable it to improve its market position.

Successful LBOs also tend to create value for a variety of parties. For example, empirical studies indicate that the firms' shareholders can earn large positive abnormal returns from leveraged buyouts. Similarly, the post-buyout investors in these transactions often earn large excess returns over the period from the buyout completion date to the date of an initial public offering or resale. Some of the potential sources of value in leveraged buyout transactions include: 1) wealth transfers from old public shareholders to the buyout group; 2) wealth transfers from public bondholders to the investor group; 3) wealth creation from improved incentives for managerial decision making; and 4) wealth transfers from the government via tax advantages. The increased levels of debt that the new company supports after the LBO decrease taxable income, leading to lower tax payments. Therefore, the interest tax shield resulting from the higher levels of debt should enhance the value of firm. Moreover, these motivations for leveraged buyout transactions are not mutually exclusive; it is possible that a combination of these may occur in a given LBO.

Not all LBOs are successful, however, so there are also some potential disadvantages to consider. If the company's cash flow and the sale of assets are insufficient to meet the interest payments arising from its high levels of debt, the LBO is likely to fail and the company may go bankrupt. Attempting an LBO can be particularly dangerous for companies that are vulnerable to industry competition or volatility in the overall economy. If the company does fail following an LBO, this can cause significant problems for employees and suppliers, as lenders are usually in a better position to collect their money. Another disadvantage is that paying high interest rates on LBO debt can damage a company's credit rating. Finally, it is possible that management may propose an LBO only for short-term personal profit.

Ever since the LBO craze of the 1980s—led by high-profile corporate raiders who financed takeovers with low-quality debt and then sold off pieces of the acquired companies for their own profit—LBOs have garnered negative publicity. Critics of leveraged buyouts argue that these transactions harm the long-term competitiveness of firms involved. First, these firms are unlikely to have replaced operating assets since their cash flow must be devoted to servicing the LBO-related debt. Thus, the property, plant, and equipment of LBO firms are likely to have aged considerably during the time when the firm is privately held. In addition, expenditures for repair and maintenance may have been curtailed as well. Finally, it is possible that research and development expenditures have also been controlled. As a result, the future growth prospects of these firms may be significantly reduced.

Others argue that LBO transactions have a negative impact on the stakeholders of the firm. In many cases, LBOs lead to downsizing of operations, and employees may lose their jobs. In addition, some of the transactions have negative effects on the communities in which the firms are located.

Much of the controversy regarding LBOs has resulted from the concern that senior executives negotiating the sale of the company to themselves are engaged in self-dealing. On one hand, the managers have a fiduciary duty to their shareholders to sell the company at the highest possible price. On the other hand, they have an incentive to minimize what they pay for the shares. Accordingly, it has been suggested that management takes advantage of superior information about a firm's intrinsic value. The evidence, however, indicates that the premiums paid in leveraged buyouts compare favorably with those in inter-firm mergers that are characterized by arm's-length negotiations between the buyer and seller.

Latif, Yahya. "What Ails the Leveraged Buyouts of the 1980s." Secured Lender . November/December 1990.

Lindsey, Jennifer. The Entrepreneur's Guide to Capital: The Techniques for Capitalizing and Refinancing New and Growing Businesses. Chicago: Probus, 1986.