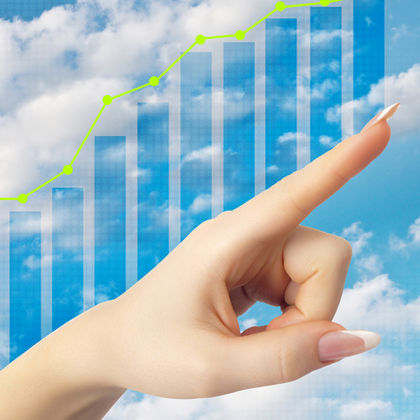 A small business has the option of incorporating at the beginning of its existence or after years of doing business. Once it incorporates, it has two choices: to be a regular C corporation by default or to elect S corporation status, a name derived from Subchapter S of the Internal Revenue Code. This status was derived in an effort to make incorporating more attractive to small businesses and allow them to enjoy some of the benefits of corporate status while avoiding some of the drawbacks. While most small businesses are eligible for S status, there are some requirements that must be met, such as limitations on the number and kind of stockholders the corporation may have.

In Choosing a Legal Structure for Your Business , Stuart Handmaker explains that "Essentially, there isn't any difference between a C corporation and an S corporation. Each of them is a corporation, and each one has the same characteristics, shareholders, directors, officers, records, minute books, problems, and the like. The only real difference is that the S corporation has filed a special form with the Internal Revenue Service stating that it wants to be an S corporation."

FILING WITH THE INTERNAL REVENUE SERVICE Once a business has gone through the procedure of becoming a corporation by filing the articles of incorporation, etc., it can elect S corporation status by filing form 2553 with the IRS. All of the corporation's shareholders must sign this form or file special shareholder consent forms. These rules apply to anyone who has held stock in the company during the current tax year. To be eligible for S corporation status for the current tax year, a corporation must file the form by the fifteenth day of the third month of the corporation's tax year. Once the form has been filed, it is not necessary to file every year.

ELIGIBILITY For a corporation to be eligible for S corporation status, the following conditions must be met and maintained:

INELIGIBLE BUSINESSES Those businesses that are ineligible for S corporation status include:

AVOIDING DOUBLE TAXATION According to the Internal Revenue Service, an S corporation is not a separate taxable entity. Instead, the corporation's profits are considered to be the shareholders' income (whether the money is distributed or not). Therefore, the corporation's earnings turn up on the shareholders' personal federal tax returns, the amount of which must be proportional to their share of stock. This can be a beneficial arrangement for many small businesses, because the money is taxed only once on the federal level. (State and local taxes may still be levied against the corporation.)

LOSSES AS PERSONAL DEDUCTIONS When an S corporation ends the year with a loss, that loss appears on the shareholders' personal income tax returns, just like profits do. This can mean substantial savings for shareholders, who will end up owing less (or even no) taxes after they deduct their share of the corporation's loss (proportional to their share of stock). In fact, many new small businesses that expect to start off with a loss elect S status so that they will receive this tax credit.

RECORDKEEPING AND ATTENTION TO DETAIL Because an S corporation is still a corporation, it requires owners to pay careful attention to the details of recordkeeping. In some cases, businesses that did file for S corporation status have not been viewed as such by the courts because they failed to act like corporations. In other words, some small businesses simply apply for the status in hopes of gaining limited liability protection, but they fail to keep separate personal and corporate accounts, for example, or to hold regular director's and shareholders' meetings and take minutes, all of which are requirements for corporations. They may also neglect to change their name to reflect their new corporate status in an effort to avoid the extra cost of ordering new stationary and business cards and changing their sign. As a result, the owners of such companies have been known to be found personally liable just as if their business was a sole proprietorship or partnership.

DOUBLE TAXATION FOR COMPANIES SWITCHING FROM C STATUS Businesses that start out as C corporations and change their status to that of S corporations may still be taxed as corporations if certain conditions exist. Corporations switching status from C to S and possessing capital gains, excessive passive investment gains, investment tax credits, or liquidations may be still be subject to double taxation.

STOCK LIMITATIONS To remain eligible for S corporation status, a corporation is only allowed to issue one class of stock, which may be a deterrent to businesses that would like to issue preferred as well as common stock. In addition, a limit of 75 stockholders is placed on the S corporation, and all stockholders must be individuals who reside in or are citizens of the United States. The small business corporation, therefore, is denied the benefit of foreign investors in an increasingly global business world.

It is possible for an S corporation to voluntarily revoke its status if it finds that S status is no longer beneficial, or to lose the status involuntarily. In the first case, a majority of the stockholders is required to make the decision, and a simple notification to the IRS is all that is required. In the second case, any act which disqualifies the corporation's eligibility for S status will result in the termination of that status effective on the date that the infraction occurs. In either case, the corporation becomes a C corporation in the absence of S corporation status.

Handmaker, Stuart A. Choosing a Legal Structure for Your Business . Prentice Hall, 1997.

Nichols, Ted. How to Form Your Own "S" Corporation and Avoid Double Taxation . Upstart Publishing, 1995.