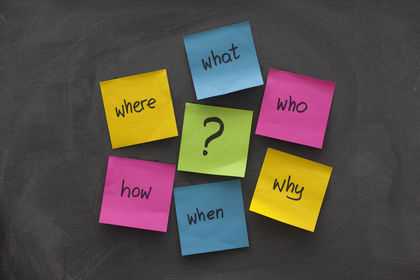 Real-world decision-making problems are usually too complex and ill-structured to be considered through the examination of a single criterion, attribute, or point of view that will lead to the optimum decision. In fact, such a unidimensional approach is merely an oversimplification of the actual nature of the problem at hand, and it can lead to unrealistic decisions. A more appealing approach would be the simultaneous consideration of all pertinent factors that are related to the problem. However, through this approach some very essential issues/questions emerge: how can several and often conflicting factors be aggregated into a single evaluation model? Is this evaluation model a unique and optimal one? Researchers from a variety of disciplines have tried to address the former question using statistical approaches, artificial intelligence techniques, and operations research methodologies. The success and usefulness of these attempts should be examined with regard to the second question. Obviously, a decision problem is not addressed in the same way by all decision makers. Each decision maker has his or her own preferences, experiences, and decision-making policy; thus one person's judgment is expected to differ from another's. This is a significant issue that should be considered during the development of decision-making models.

Addressing such issues constitutes the focal point of interest in multiple-criteria decision making (MCDM). MCDM constitutes an advanced field of operations research that is devoted to the development and implementation of decision support tools and methodologies to confront complex decision problems involving multiple criteria, goals, or objectives of conflicting nature. The tools and methodologies provided by MCDM are not just some mathematical models aggregating criteria, points of view, or attributes, but furthermore they are decision-support oriented. Actually, support is a key concept in MCDM, implying that the models are not developed through a straightforward sequential process where the decision maker's role is passive. Instead, an iterative process is employed to analyze the preferences of the decision maker and represent them as consistently as possible in an appropriate decision model. This iterative and interactive preference modeling procedure constitutes the underlying basis of the decision-support orientation of MCDM, and it is one of the basic distinguishing features of the MCDM as opposed to statistical and optimization decision-making approaches.

From the very beginning of mankind, decision making always involved multiple criteria that have been treated either implicitly or explicitly, although no specific mathematical framework existed for this purpose. Pareto was the first to study, in an axiomatic way, the aggregation of conflicting criteria into a single evaluation index. He was also the first to introduce the concept of efficiency, one of the key aspects of the modern MCDM theory. Several decades later, Koopmans extended Pareto's work introducing the notion of efficient vector, i.e., the non-dominated set of alternatives. During the same period (1940s to 1950s) von Neumann and Morgenstern introduced the expected utility theory, thus setting the foundations of another MCDM approach. In the 1960s the concepts and procedures described in these early works were extended by Charnes and Cooper and Fishburn. By the end of the 1960s significant research started to be undertaken in this field by the European operational research community. Roy, the founder of the European stream of MCDM, developed a new theoretical approach based on the concept of outranking relations. From the 1970s to the 1990s, MCDM evolved rapidly, scientific MCDM associations were formed, and numerous advances were published in the international literature, both on the theoretical aspects of MCDM as well as on its practical implementation. The field has benefited significantly from the wide-spread use of personal computers, which enabled the development of software packages employing MCDM methods. These software packages, known as multicriteria decision support systems, provide the means to implement the theoretical advances in MCDM in user-friendly systems that enable real-time decision making through interactive and iterative procedures that enhance the decision maker's perception of the problem and his or her judgment and decision-making policy.

Among the MCDM methods and tools, several approaches and theoretical disciplines can be defined, although their distinctions and boundaries are often difficult to determine. This discussion adopts the classification of MCDM approaches proposed by Pardalos et al. It distinguishes four categories: (1) multi-objective mathematical programming, (2) multi-attribute utility theory, (3) outranking relations approach, and (4) preference disaggregation approach.

The multi-objective mathematical programming (MMP) is an extension of the well-known single-objective mathematical programming framework. It involves the optimization of a set of objectives that are expressed in the form of linear or nonlinear functions of some decision variables. The optimization of these objectives is performed subject to constraints imposed either by the decision environment or by the decision maker. The conflicting nature of the objectives in real-world decision problems makes impossible their simultaneous optimization. Thus, the decision maker cannot obtain an optimum solution, but has to consider finding a satisfying one. The determination of this satisfying solution depends on the decision maker's preferences, judgment, and decision policy. The MMP techniques that have been developed aim to determine initially the set of efficient solutions (solutions that are not dominated by any other solution with respect to the specified objectives) and then to identify a specific solution that meets the decision maker's preferences, through an interactive and iterative procedure. More details on this category of methods can be found in the books of Zeleny and Steuer.

The multi-attribute utility theory (MAUT) is an extension of the classical utility theory. Its aim is to represent/model the decision maker's preferences through a utility function u ( g ) aggregating all the evaluation criteria: u ( g ) = u ( g 1 , g 2 , …, g n ), where g is the vector of the evaluation criteria g 1 , g 2 , …, g n . In general, it is possible to decompose a multicriteria utility function in real functions u 1 , u 2 , …, u n concerning the independence of criteria. Thus, different utility function models are obtained. The most studied form of utility function, from a theoretical point of view, is the additive form: u ( g 1 , g 2 , …, g n ) = u 1 ( g 1 ) + u 2 ( g 2 ) + … + u n ( g n ), where u 1 , u 2 , …, u n are the marginal utilities defined on the scales of criteria. On the basis of the utilities of the alternatives that are determined through the developed utility function, the decision maker can rank them from the best alternatives (alternatives with the higher utility) to the worst ones (alternatives with the lower utility), classify them into appropriate classes through the definition of appropriate utility thresholds, or select the alternative with the higher utility as the best one. The books of Zeleny and Keeney and Raiffa provide a comprehensive discussion of MAUT, its axiomatic foundations, and the forms of utility functions that are commonly employed in decision-making problems, both under certainty and uncertainty.

The outranking relations approach was developed in Europe with the presentation of the ELECTRE methods (ELimination Et Choix Traduisant la REalité) by Roy. An outranking relation allows one to conclude that an alternative a outranks an alternative b if there are enough arguments to confirm that a is at least as good as b, while there is no essential reason to refuse this statement. To develop the outranking relation, the decision maker, in collaboration with the decision analyst, must specify the weights of the evaluation criteria, as well as some technical parameters (preference, indifference, and veto thresholds). The definition of these parameters enables the examination of whether there is a sufficient majority of criteria for which a is better than b (concordance) and if the unfavorable deviations for the rest of the criteria (discordance) are not too high. In this case it is possible to conclude that alternative a outranks alternative b. Furthermore, through this modeling procedure it is possible to identify the cases where the performances of two alternatives on the evaluation criteria differ significantly, thus making impossible their comparison (incomparability). A detailed presentation of all out-ranking methods can be found in the works of Vincke and Roy and Bouyssou.

In the international literature on management science and operations research there is an increasing number of real-world applications of MCDM. Of course, in the limited space here it would be impossible to provide an extensive bibliography regarding these applications. However, it is possible to outline some of the most significant areas to which MCDM has contributed. The following list reports some of these areas:

Extensive information on these applications can be found in the books of Vincke, Pardalos et al., and Roy.

The complexity of real-world decisions and the plethora of factors and criteria that are often involved necessitate the implementation of a sound theoretical framework to structure and model the decision-making process. MCDM provides such a framework, as well as a wide variety of sophisticated methodological tools that are oriented towards the support of the decision makers in facing real-world decision problems. This decision-support orientation of MCDM, in combination with the focus given by researchers in this field to develop advanced and realistic preference modeling techniques, is its main distinguishing feature as opposed to statistical analysis and optimization theory. The advances in the field continue rapidly. According to Fishburn and Lavalle, they involve foundation aspects of MCDM such as the interface between behavioral decision theory and prescriptive practice and the underlying assumptions of MCDM methods, methodological aspects involving the development of more effective methods, and implementation aspects through the development of multicriteria decision-support systems. Along with these advances, researchers are also exploring the application of MCDM to other fields, including artificial intelligence (neural networks, expert systems, genetic algorithms) and fuzzy sets. The integration of the diverse nature of these fields within the MCDM framework increases the potentials regarding the development of advanced decision-support tools to confront the complexity of real-world decisions