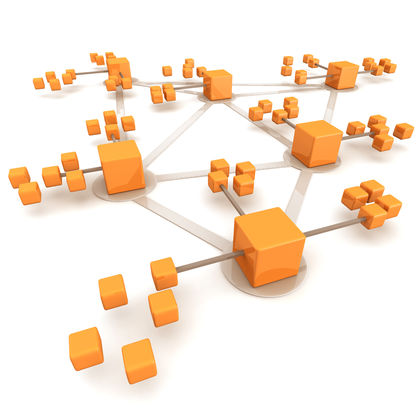 Table 1 provides a brief summary of five major schools of management thought, their approximate dates of origin, and their relative areas of emphasis. The following sections discuss each of the management

In the late 19th century, management decisions were often arbitrary and workers often worked at an intentionally slow pace. There was little in the way of systematic management and workers and management were often in conflict. Scientific management was introduced in an attempt to create a mental revolution in the workplace. It can be defined as the systematic study of work methods in order to improve efficiency. Frederick W. Taylor was its main proponent. Other major contributors were Frank Gilbreth, Lillian Gilbreth, and Henry Gantt.

Fayol was a management practitioner who brought his experience to bear on the subject of management functions and principles. He argued that management was a universal process consisting of functions, which he termed planning, organizing, commanding, coordinating, and controlling. Fayol believed that all managers performed these functions and that the functions distinguished management as a separate discipline of study apart from accounting, finance, and production. Fayol also presented fourteen principles of management, which included maxims related to the division of work, authority and responsibility, unity of command and direction, centralization, subordinate initiative, and team spirit.

Bureaucratic management focuses on the ideal form of organization. Max Weber was the major contributor to bureaucratic management. Based on observation, Weber concluded that many early organizations were inefficiently managed, with decisions based on personal relationships and loyalty. He proposed that a form of organization, called a bureaucracy, characterized by division of labor, hierarchy, formalized rules, impersonality, and the selection and promotion of employees based on ability, would lead to more efficient management. Weber also contended that managers' authority in an organization should be based not on tradition or charisma but on the position held by managers in the organizational hierarchy.

Bureaucracy has come to stand for inflexibility and waste, but Weber did not advocate or favor the excesses found in many bureaucratic organizations today. Weber's ideas formed the basis for modern organization theory and are still descriptive of some organizations.

The behavioral school of management thought developed, in part, because of perceived weaknesses in the assumptions of the classical school. The classical school emphasized efficiency, process, and principles. Some felt that this emphasis disregarded important aspects of organizational life, particularly as it related to human behavior. Thus, the behavioral school focused on trying to understand the factors that affect human behavior at work.

The Hawthorne Experiments began in 1924 and continued through the early 1930s. A variety of researchers participated in the studies, including Clair Turner, Fritz J. Roethlisberger, and Elton Mayo, whose respective books on the studies are perhaps the best known. One of the major conclusions of the Hawthorne studies was that workers' attitudes are associated with productivity. Another was that the workplace is a social system and informal group influence could exert a powerful effect on individual behavior. A third was that the style of supervision is an important factor in increasing workers' job satisfaction. The studies also found that organizations should take steps to assist employees in adjusting to organizational life by fostering collaborative systems between labor and management. Such conclusions sparked increasing interest in the human element at work; today, the Hawthorne studies are generally credited as the impetus for the human relations school.

According to the human relations school, the manager should possess skills for diagnosing the causes of human behavior at work, interpersonal communication, and motivating and leading workers. The focus became satisfying worker needs. If worker needs were satisfied, wisdom held, the workers would in turn be more productive. Thus, the human relations school focuses on issues of communication, leadership, motivation, and group behavior. The individuals who contributed to the school are too numerous to mention, but some of the best-known contributors include Mary Parker Follett, Chester Barnard, Abraham Maslow, Kurt Lewin, Renais Likert, and Keith Davis. The human relations school of thought still influences management theory and practice, as contemporary management focuses much attention on human resource management, organizational behavior, and applied psychology in the workplace.

Behavioral science and the study of organizational behavior emerged in the 1950s and 1960s. The behavioral science school was a natural progression of the human relations movement. It focused on applying conceptual and analytical tools to the problem of understanding and predicting behavior in the workplace. However, the study of behavioral science and organizational behavior was also a result of criticism of the human relations approach as simplistic and manipulative in its assumptions about the relationship between worker attitudes and productivity. The study of behavioral science in business schools was given increased credence by the 1959 Gordon and Howell report on higher education, which emphasized the importance to management practitioners of understanding human behavior.

The behavioral science school has contributed to the study of management through its focus on personality, attitudes, values, motivation, group behavior, leadership, communication, and conflict, among other issues. Some of the major contributors to this school include Douglas McGregor, Chris Argyris, Frederick Herzberg, Renais Likert, and Ralph Stogdill, although there are many others.

The quantitative school focuses on improving decision making via the application of quantitative techniques. Its roots can be traced back to scientific management.

Management science (also called operations research) uses mathematical and statistical approaches to solve management problems. It developed during World War II as strategists tried to apply scientific knowledge and methods to the complex problems of war. Industry began to apply management science after the war. George Dantzig developed linear programming, an algebraic method to determine the optimal allocation of scarce resources. Other tools used in industry include inventory control theory, goal programming, queuing models, and simulation. The advent of the computer made many management science tools and concepts more practical for industry. Increasingly, management science and management information systems (MIS) are intertwined. MIS focuses on providing needed information to managers in a useful format and at the proper time. Decision support systems (DSS) attempt to integrate decision models, data, and the decision maker into a system that supports better management decisions.

This school focuses on the operation and control of the production process that transforms resources into finished goods and services. It has its roots in scientific management but became an identifiable area of management study after World War II. It uses many of the tools of management science.

The systems school focuses on understanding the organization as an open system that transforms inputs into outputs. This school is based on the work of a biologist, Ludwig von Bertalanffy, who believed that a general systems model could be used to unite science. Early contributors to this school included Kenneth Boulding, Richard Johnson, Fremont Kast, and James Rosenzweig.

The systems school began to have a strong impact on management thought in the 1960s as a way of thinking about managing techniques that would allow managers to relate different specialties and parts of the company to one another, as well as to external environmental factors. The systems school focuses on the organization as a whole, its interaction with the environment, and its need to achieve equilibrium. General systems theory received a great deal of attention in the 1960s, but its influence on management thought has diminished somewhat. It has been criticized as too abstract and too complex. However, many of the ideas inherent in the systems school formed the basis for the contingency school of management.

The contingency school originated in the 1960s. It has been applied primarily to management issues such as organizational design, job design, motivation, and leadership style. For example, optimal organizational structure has been theorized to depend upon organizational size, technology, and environmental uncertainty; optimal leadership style, meanwhile, has been theorized to depend upon a variety of factors, including task structure, position power, characteristics of the work group, characteristics of individual subordinates, quality requirements, and problem structure, to name a few. A few of the major contributors to this school of management thought include Joan Woodward, Paul Lawrence, Jay Lorsch, and Fred Fiedler, among many others.

Management research and practice continues to evolve and new approaches to the study of management continue to be advanced. This section briefly reviews two contemporary approaches: total quality management (TQM) and the learning organization. While neither of these management approaches offer a complete theory of management, they do offer additional insights into the management field.

Total quality management (TQM) is a philosophy or approach to management that focuses on managing the entire organization to deliver quality goods and services to customers. This approach to management was implemented in Japan after World War II and was a major factor in their economic renaissance. TQM has at least four major elements. Employee involvement is essential in preventing quality problems before they occur. A customer focus means that the organization must attempt to determine customer needs and wants and deliver products and services that address them.

O'Connor, Ellen S. "The Politics of Management Thought: A Case Study of the Harvard Business School and the Human Relations School." Academy of Management Review 24, no. 1 (1999): 117–131.

the write up is very informative and objective in its analysis. it is wide ranged as it focuses on all the schools of management thought that are generally considered to be of use to the modern managers. although the adminstrative school was discussed objectively, it would have been informative for us to know all the 14 principles of h. fayola as well as a general discussion comparing and contrsating the adminstartive school and the scientific school.
2
Ifemezue

This is just the kind of information i've been searching for... specific and straight to the point. Thanks.
3
peleg

Managament depends on how a person analyzes the human behavior and how successful he is overcoming these behaviors.
5
Tariah Osaki Evans

Really this writeup is wonderfu considering the various school of management thoughts, and this has really helped me
6
abraphy

I need your sugestion/help, How can I answer a question which say "Explain the quantitative perspective and Discuss the applicability/implication of that perspective with the contemprary world?" I hope you will help me.
7
Joshua

The write up is good . but, no criticisms of the shool of thought