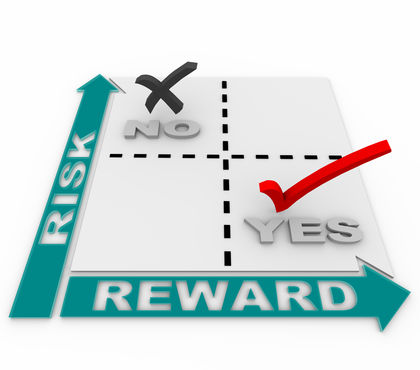 Simply put, operant conditioning refers to a systematic program of rewards and punishments to influence behavior or bring about desired behavior. Operant conditioning relies on two basic assumptions about human experience and psychology: (1) a particular act results in an experience that is a consequence of that act and (2) the perceived quality of an act's consequence affects future behavior. In addition, a central idea of operant conditioning holds that the main influences on behavior are external—that is, it is in a person's external environment that his or her behavior is programmed.

The Harvard psychologist B.F. Skinner pioneered the field of behaviorism in the late 1930s and continued to contribute to it through the mid-1970s. Operant conditioning is one of the key concepts of this school of psychology. Skinner called his brand of conditioning operant conditioning to distinguish it from the conditioning theory developed by the Russian physiologist Ivan Pavlov, now referred to as classical conditioning. Classical conditioning primarily concerned itself with reflexive or unlearned behavior such as the jerking of a knee upon being tapped with a hammer. In a famous experiment, Pavlov training dogs to salivate in expectation of food at the sound of a bell. Operant conditioning, however, deals with learned, not reflexive behavior; it works by reinforcing (rewarding) and punishing behavior based on the consequences it produces. Reinforcement is used to increase the probability that behavior will occur in the future, whereas punishment aims to decrease that probability. In addition, the process of removing reinforcement from an act is called extinction.

Organizational management literature often refers to operant conditioning as part of reinforcement theory and work behavior modification. Unlike other theories of management and motivation, operant conditioning does not rely on attitudes, beliefs, intentions, and motivation for predicting and influencing behavior, although Skinner and other behaviorists do not suggest that these factors do not exist. Instead, they posit that these notions find their genesis in external conditions and reinforcement. Hence, organizational management theorists who adopt this approach look to external factors—the environment—to explain and influence behavior within the work place. For example, this approach to management views motivation as a product of workers' environments, not as an internal quality of each individual worker's psychological makeup. Therefore, employees are highly motivated because that quality is reinforced with pay raises, promotions, etc. that employees find desirable.

Since most of the behavior taking place in a business is learned rather than reflexive, operant conditioning can be applied to organizational management. Workers learn various kinds of behavior before and after joining a company, and they encounter a host of stimuli in a company setting that can cause them to behave in certain ways with certain consequences. These kinds of behaviors are rewarded and punished depending on their value to a company. The stimuli in the workplace include schedules, corporate structures, company policies, telephone calls, managers, and so on. The consequences of work-place behavior include approval or disapproval from managers and coworkers, promotions, demotions, pay increases, etc. When consequences are directly linked to certain kinds of behavior, they are contingent on these kinds of behavior. The classic example is touching a hot stove and experiencing the immediate consequence of being burned. However, most consequences in a company are only partially contingent on the behavior (performance) of employees, and thus there are often entire networks of relationships between employee behavior and its consequences. These relationships are called schedules of reinforcement, and applying operant conditioning to the work place means controlling these schedules.

Reinforcement schedules are either continuous or intermittent, or partial. Continuous reinforcement schedules are those situations in which every occurrence of an act is reinforced. In contrast, intermittent schedules are those situations in which only some instances of an act are reinforced. Continuous reinforcement schedules generally facilitate new learning or the acquisition of new skills at the fastest rate. New employees learning how to process customer orders, for example, will learn the proper procedure the fastest if they are reinforced every time they take an order correctly. However, if a continuous schedule is suspended outright after being implemented for any substantial period, the behavior being reinforced might stop altogether. In addition, after a certain kind of behavior has been learned, it will occur more often if reinforced intermittently. Hence, employees who have learned the proper procedure for taking customer orders have the greatest likelihood of continuing to do so correctly if managers adopt an intermittent schedule after the behavior has been learned.

Moreover, reinforcement can be positive (adding something new, such as a raise or a promotion) or negative (the removal of something from the work environment, such as constant supervision) after new employees demonstrate they have sufficiently learned their jobs. Negative reinforcement, however, should not be confused with punishment, which involves undesirable or aversive consequences and decreases the probability of an act being repeated. Negative reinforcement, rather, is a kind of a reward that removes constraints or other elements from the work environment to encourage employee behavior.

When managers wish to discourage certain kinds of behavior or decrease the probability of their occurrence, they can implement a schedule of punishment along the lines of a schedule of reinforcement. Punishment involves the application of undesirable consequences or the removal of positive consequences following undesired behavior. However, negative consequences must be meted out with consideration of how it will affect individual workers, because what constitutes punishment for one worker may not for another. Ultimately, these consequences or stimuli must be linked to the undesired behavior and decrease the probability of it reoccurring in order for them to constitute punishment in the technical sense of the operant conditioning approach. Moreover, effective punishment usually embodies the following qualities: it is consistent, immediate, impersonal, and contingent on specific behavior. Finally, punishment should be informative—letting employees know why they are being punished—and employees should recognize that future punishment can be avoided by refraining from the undesired behavior.

A research article in 2004 by Timothy R. Hinkin and Chester A. Schriesheim found that in a study of 243 employees of two different hospitality organizations, those employees who received feedback from their managers, whether positive feedback or negative/corrective feedback, showed improved performance. This study also found that omission of commentary on good performance diminished worker effectiveness and reduced worker satisfaction. This supports the theory of operant conditioning that suggests a behavior that is totally ignored will eventually be extinguished.

Hinkin, T.R., and C.A. Schriesheim. "If You Don't Hear From Me You Know You Are Doing Fine: The Effects of Management Nonresponse to Employee Performance." Cornell Hotel & Restaurant Administration Quarterly, November, 2004, 362–372.