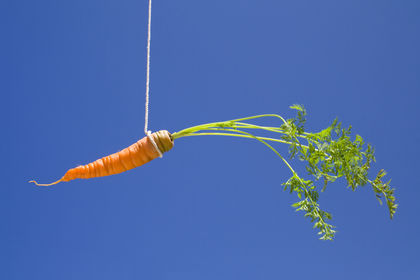 The term motivation is derived from the Latin word movere, meaning "to move." Motivation can be broadly defined as the forces acting on or within a person that cause the arousal, direction, and persistence of goal-directed, voluntary effort. Motivation theory is thus concerned with the processes that explain why and how human behavior is activated.

Early explanations of motivation focused on instincts. Psychologists writing in the late 19th and early twentieth centuries suggested that human beings were basically programmed to behave in certain ways, depending upon the behavioral cues to which they were exposed. Sigmund Freud, for example, argued that the most powerful determinants of individual behavior were those of which the individual was not consciously aware.

According to Motivation and Leadership at Work (Steers, Porter, and Bigley, 1996), in the early twentieth century researchers began to examine other possible explanations for differences in individual motivation. Some researchers focused on internal drives as an explanation for motivated behavior. Others studied the effect of learning and how individuals base current behavior on the consequences of past behavior. Still others examined the influence of individuals' cognitive processes, such as the beliefs they have about future events. Over time, these major theoretical streams of research in motivation were classified into two major schools: the content theories of motivation and the process theories of motivation.

Abraham Maslow developed the hierarchy of needs, which suggests that individual needs exist in a hierarchy consisting of physiological needs, security needs, belongingness needs, esteem needs, and self-actualization needs. Physiological needs are the most basic needs for food, water, and other factors necessary for survival. Security needs include needs for safety in one's physical environment, stability, and freedom from emotional distress. Belongingness needs relate to desires for friendship, love, and acceptance within a given community of individuals. Esteem needs are those associated with obtaining the respect of one's self and others. Finally, self-actualization needs are those corresponding to the achievement one's own potential, the exercising and testing of one's creative capacities, and, in general, to becoming the best person one can possibly be. Unsatisfied needs motivate behavior; thus, lower-level needs such as the physiological and security needs must be met before upper-level needs such as belongingness, esteem, and self-actualization can be motivational.

Applications of the hierarchy of needs to management and the workplace are obvious. According to the implications of the hierarchy, individuals must have their lower level needs met by, for example, safe working conditions, adequate pay to take care of one's self and one's family, and job security before they will be motivated by increased job responsibilities, status, and challenging work assignments. Despite the ease of application of this theory to a work setting, this theory has received little research support and therefore is not very useful in practice.

The ERG theory is an extension of Maslow's hierarchy of needs. Alderfer suggested that needs could be classified into three categories, rather than five. These three types of needs are existence, relatedness, and growth. Existence needs are similar to Maslow's physiological and safety need categories. Relatedness needs involve interpersonal relationships and are comparable to aspects of Maslow's belongingness and esteem needs. Growth needs are those related to the attainment of one's potential and are associated with Maslow's esteem and self-actualization needs.

The ERG theory differs from the hierarchy of needs in that it does not suggest that lower-level needs must be completely satisfied before upper-level needs become motivational. ERG theory also suggests that if an individual is continually unable to meet upper-level needs that the person will regress and lower-level needs become the major determinants of their motivation. ERG theory's implications for managers are similar to those for the needs hierarchy: managers should focus on meeting employees' existence, relatedness, and growth needs, though without necessarily applying the proviso that, say, job-safety concerns necessarily take precedence over challenging and fulfilling job requirements.

Frederick Herzberg developed the motivator-hygiene theory. This theory is closely related to Maslow's hierarchy of needs but relates more specifically to how individuals are motivated in the workplace. Based on his research, Herzberg argued that meeting the lower-level needs (hygiene factors) of individuals would not motivate them to exert effort, but would only prevent them from being dissatisfied. Only if higher-level needs (motivators) were met would individuals be motivated.

The implication for managers of the motivator-hygiene theory is that meeting employees lower-level needs by improving pay, benefits, safety, and other job-contextual factors will prevent employees from becoming actively dissatisfied but will not motivate them to exert additional effort toward better performance. To motivate workers, according to the theory, managers must focus on changing the intrinsic nature and content of jobs themselves by "enriching" them to increase employees' autonomy and their opportunities to take on additional responsibility, gain recognition, and develop their skills and careers.

McClelland's theory suggests that individuals learn needs from their culture. Three of the primary needs in this theory are the need for affiliation (n Aff), the need for power (n Pow), and the need for achievement (n Ach). The need for affiliation is a desire to establish social relationships with others. The need for power reflects a desire to control one's environment and influence others. The need for achievement is a desire to take responsibility, set challenging goals, and obtain performance feedback. The main point of the learned needs theory is that when one of these needs is strong in a person, it has the potential to motivate behavior that leads to its satisfaction. Thus, managers should attempt to develop an understanding of whether and to what degree their employees have one or more of these needs, and the extent to which their jobs can be structured to satisfy them.

In the early 1960s, Victor Vroom applied concepts of behavioral research conducted in the 1930s by Kurt Lewin and Edward Tolman directly to work motivation. Basically, Vroom suggested that individuals choose work behaviors that they believe lead to outcomes they value. In deciding how much effort to put into a work behavior, individuals are likely to consider:

All three of these factors are expected to influence motivation in a multiplicative fashion, so that for an individual to be highly motivated, all three of the components of the expectancy model must be high. And, if even one of these is zero (e.g., instrumentality and valence are high, but expectancy is completely absent), the person will have not motivation for the task. Thus, managers should attempt, to the extent possible, to ensure that their employees believe that increased effort will improve performance and that performance will lead to valued rewards.

According to the equity theory, individuals are motivated to reduce perceived inequity. Individuals may attempt to reduce inequity in various ways. A person may change his or her level of effort; an employee who feels under-rewarded is likely to work less hard. A person may also try to change his or her rewards, such as by asking for a raise. Another option is to change the behavior of the reference person, perhaps by encouraging that person to put forth more effort. Finally, a person experiencing inequity may change the reference person and compare him or herself to a different person to assess equity. For managers, equity theory emphasizes the importance of a reward system that is perceived as fair by employees.

The goal-setting theory posits that goals are the most important factors affecting the motivation and behavior of employees. This motivation theory was developed primarily by Edwin Locke and Gary Latham. Goal-setting theory emphasizes the importance of specific and challenging goals in achieving motivated behavior. Specific goals often involve quantitative targets for improvement in a behavior of interest. Research indicates that specific performance goals are much more effective than those in which a person is told to "do your best." Challenging goals are difficult but not impossible to attain. Empirical research supports the proposition that goals that are both specific and challenging are more motivational than vague goals or goals that are relatively easy to achieve.

Several factors may moderate the relationship between specific and challenging goals and high levels of motivation. The first of these factors is goal commitment, which simply means that the more dedicated the individual is to achieving the goal, the more they will be motivated to exert effort toward goal accomplishment. Some research suggests that having employees participate in goal setting will increase their level of goal commitment. A second factor relevant to goal-setting theory is self-efficacy, which is the individual's belief that he or she can successfully complete a particular task. If individuals have a high degree of self-efficacy, they are likely to respond more positively to specific and challenging goals than if they have a low degree of self-efficacy.

This theory can be traced to the work of the pioneering behaviorist B.F. Skinner. It is considered a motivation theory as well as a learning theory. Reinforcement theory posits that motivated behavior occurs as a result of reinforcers, which are outcomes resulting from the behavior that makes it more likely the behavior will occur again. This theory suggests that it is not necessary to study needs or cognitive processes to understand motivation, but that it is only necessary to examine the consequences of behavior. Behavior that is reinforced is likely to continue, but behavior that is not rewarded or behavior that is punished is not likely to be repeated. Reinforcement theory suggests to managers that they can improve employees' performance by a process of behavior modification in which they reinforce desired behaviors and punish undesired behaviors.

Adams, J. Stacy. "Toward an Understanding of Equity." Journal of Abnormal and Social Psychology, November 1963, 422–436.

Herzberg, Frederick, B. Mausner, and B. Snyderman. The Motivation to Work. New York: McGraw-Hill, 1959.

Locke, Edwin A. "Toward a Theory of Task Motivation and Incentives." Organizational Behavior and Human Performance, May 1968, 157–189.