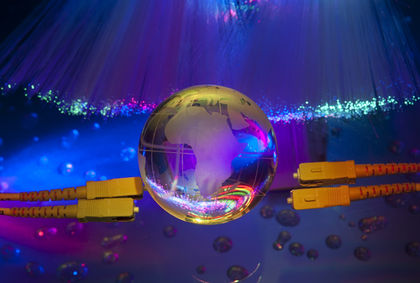 When choosing an operating system for a business, the primary considerations should be the hardware platform used, the number of users and attendant system security requirements, the ease of administration, the adaptability toward different uses, and the different applications that will be employed.

There are four general types of operating systems. Their use depends on the type of computer and the type of applications that will be run on those computers.

WHAT DO OPERATING SYSTEMS DO?

WHICH OPERATING SYSTEMS
ARE AVAILABLE?

Windows is the name of a family of operating systems created by the Microsoft Corporation for use with personal computers. Windows employs a graphical user interface (GUI), which eliminates the need for the user to learn complex commands. With a GUI, the user instructs the operating system by using a mouse to point and click icons that are displayed on the screen. Microsoft Windows, first released in 1985, was originally designed as a GUI for DOS, which uses the command-line approach. In order to communicate with the computer, DOS users must type commands or instructions at the command prompt, and then the command-line interpreter executes those commands. The term "DOS" can refer to any operating system, but it is frequently used as a synonym for Microsoft Disk Operating System (MS-DOS). DOS has limited use with modern computer systems and applications because it does not support multiple users or multitasking. Some of the other operating systems, including Windows, can also execute DOS-based applications. Today, most DOS systems have been replaced by more user-friendly systems that use a GUI.

UNIX is a multi-user, multitasking operating system, and was designed to be a small, flexible system used by computer programmers. Since UNIX was designed to be used by programmers, it is not considered to be very user-friendly for the average person. However, graphical user interfaces have been developed for UNIX to help alleviate the ease-of-use issue.

Linux is a UNIX variant that runs on several different hardware platforms. Linus Torvalds, a student at the University of Helsinki in Finland, initially created it as a hobby. The kernel, at the heart of all Linux systems, is developed and released under the General Public License (GNU), and its source code is freely available to everyone. There are now hundreds of companies, organizations, and individuals that have released their own versions of operating systems based on the Linux kernel.

Because of its functionality, adaptability, and robustness, Linux is able to compete against the Unix and Microsoft operating systems. IBM, Hewlett-Packard, and other computer giants have embraced Linux and support its ongoing development. More than a decade after its initial release, Linux is being adopted worldwide mainly as a server platform. More and more people are starting to use Linux as a home and office desktop operating system. The operating system can also be incorporated directly into microchips in a process called "embedding." Many appliances and devices are now starting to use operating systems in this way.

What is Linux? Linux Online. Available from < http://www.linux.org >.

this article is good one.it contains all the details in brief and consize form.
but ya there should be diagram representation..