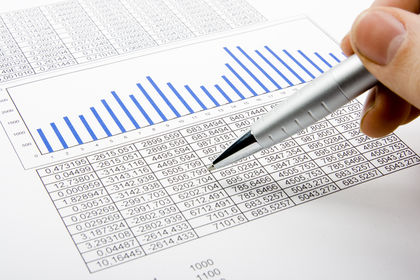 Statistics is a field of knowledge that enables an investigator to derive and evaluate conclusions about a population from sample data. In other words, statistics allow us to make generalizations about a large group based on what we find in a smaller group.

The field of statistics deals with gathering, selecting, and classifying data; interpreting and analyzing data; and deriving and evaluating the validity and reliability of conclusions based on data.

Statistics means different things to different people. To a baseball fan, statistics are information about a pitcher's earned run average or a batter's slugging percentage or home run count. To a plant manager at a distribution company, statistics are daily reports on inventory levels, absenteeism, labor efficiency, and production. To a medical researcher investigating the effects of a new drug, statistics are evidence of the success of research efforts. And to a college student, statistics are the grades made on all the exams and quizzes in a course during the semester. Today, statistics and statistical analysis are used in practically every profession, and for managers in particular, statistics have become a most valuable tool.

A set of data is a population if decisions and conclusions based on these data can be made with absolute certainty. If population data is available, the risk of arriving at incorrect decisions is completely eliminated.

But a sample is only part of the whole population. For example, statistics from the U.S. Department of Commerce suggest that as of April 2005, 10.1 percent of rental homes and apartments were vacant. However, the data used to calculate this vacancy rate was not derived from all owners of rental property, but rather only a segment ("sample" in statistical terms) of the total group (or "population") of rental property owners. A population statistic is thus a set of measured or described observations made on each elementary unit. A sample statistic, in contrast, is a measure based on a representative group taken from a population.

Observations that cannot be measured are termed qualitative. Qualitative observations can only be described. Anthropologists, for instance, often use qualitative statistics to describe how one culture varies from another. Marketing researchers have increasingly used qualitative statistical techniques to describe phenomena that are not easily measured, but can instead be described and classified into meaningful categories. Here, the distinction between a population of variates (a set of measured observations) and a population of attributes (a set of described observations) is important.

Some quantitative observations, on the other hand, can assume an infinite number of values on a measuring scale. These quantitative measures are termed continuous. How consumers feel about a particular brand is a continuous quantitative measure; the exact increments in feelings are not directly assignable to a given number. Consumers may feel more or less strongly about the taste of a hamburger, but it would be difficult to say that one consumer likes a certain hamburger twice as much as another consumer.

Table 1
Frequency Distribution for a Class of 25 M.B.A. Students

students in each grade category ranging from A to F, including "I" for incomplete. The relative frequency distribution takes that number and turns it into a percentage of the whole number.

The chart shows us that five out of twenty-five students, or 25 percent, received an A in the class. It is basically two different ways of analyzing the same data. This is an example of one of the advantages of statistics. The same data can be analyzed several different ways.

Decisions and conclusions can often be made with absolute certainty if a single value that describes a certain aspect of a population is determined. As noted earlier, a parameter describes an entire population, whereas a statistic describes only a sample. The following are a few of the most common types of parameter measurements used.

A proportion refers to a fraction of the population that possesses a certain property. The proportion is the parameter used most often in describing a population of attributes, for example, the percentage of employees over age fifty.

The median is another way of determining the "average" variate in the population. It is especially useful when the population has a particularly skewed frequency distribution; in these cases the arithmetic mean can be misleading.

To compute the median for a population of variates, the variates must be arranged first in an increasing or decreasing order. The median is the middle variate if the number of the variates is odd. For example, if you have the distribution 1, 3, 4, 8, and 9, then the median is 4 (while the mean would be 5). If the number of variates is even, the median is the arithmetic mean of the two middle variates. In some cases (under a normal distribution) the mean and median are equal or nearly equal. However, in a skewed distribution where a few large values fall into the high end or the low end of the scale, the median describes the typical or average variate more accurately than the arithmetic mean does.

Consider a population of four people who have annual incomes of $2,000, $2,500, $3,500, and $300,000—an extremely skewed distribution. If we looked only at the arithmetic mean ($77,000), we would conclude that it is a fairly wealthy population on average. By contrast, in observing the median income ($3,000) we would conclude that it is overall a quite poor population, and one with great income disparity. In this example the median provides a much more accurate view of what is "average" in this population because the single income of $300,000 does not accurately reflect the majority of the sample.

Another pair of parameters, the range and the standard deviation, measures the disparity among values of the various variates comprising the population. These parameters, called measures of variation, are designed to indicate the degree of uniformity among the variates.

Modern statistics may be regarded as an application of the theory of probability. A set is a collection of well-defined objects called elements of the set. The set may contain a limited or infinite number of elements. The set that consists of all elements in a population is referred to as the universal set.

Statistical experiments are those that contain two significant characteristics. One is that each experiment has several possible outcomes that can be specified in advance. The second is that we are uncertain about the outcome of each experiment. Examples of statistical experiments include rolling a die and tossing a coin. The set that consists of all possible outcomes of an experiment is called a sample space, and each element of the sample space is called a sample point.

Each sample point or outcome of an experiment is assigned a weight that measures the likelihood of its occurrence. This weight is called the probability of the sample point.

In probability theory, an event is one or more of the possible outcomes of doing something. If we toss a coin several times, each toss is an event. The activity that produces such as event is referred to in probability theory as an experiment. Events are said to be mutually exclusive if one, and only one, can take place at a time. When a list of the possible events that can result from an experiment includes every possible outcome; the list is said to be collectively exhaustive. The coin toss experiment is a good example of collective exhaustion. The end result is either a head or a tail.

There are a few theoretical approaches to probability. Two common ones are the classical approach and the relative frequency approach. Classical probability defines the probability that an event will occur as the number of outcomes favorable to the occurrence of the event divided by the total number of possible outcomes. This approach is not practical to apply in managerial situations because it makes assumptions that are unrealistic for many real-life applications. It assumes away situations that are very unlikely, but that could conceivably happen. It is like saying that when a coin is flipped ten times, there will always be exactly five heads and five tails. But how many times do you think that actually happens? Classical probability concludes that it happens every time.

Actuaries use high-level mathematical and statistical calculations in order to help determine the risk that some people and some groups might pose to the insurance carrier. They perform these operations in order to get a better idea of how and when situations that would cause customers to file claims and cost the company money might occur. The value of this is that it gives the insurance company an estimate of how much to charge for insurance premiums. For example, customers who smoke cigarettes are in higher risk group than those who do not smoke. The insurance company charges higher premiums to smokers to make up for the added risk.

Among its many other applications, sampling is used in some manufacturing and distributing settings as a means of quality control. For example, a sample of 5 percent may be inspected for quality from a predetermined number of units of a product. That sample, if drawn properly, should indicate the total percentage of quality problems for the entire population, within a known margin of error (e.g., an inspector may be able to say with 95 percent certainty that the product defect rate is 4 percent, plus or minus 1 percent).

In many companies, if the defect rate is too high, then the processes and machinery are checked for errors. When the errors are found to be human errors, then a statistical standard is usually set for the acceptable error percentage for laborers.

In sum, samples provide estimates of what we would discover if we knew everything about an entire population. By taking only a representative sample of the population and using appropriate statistical techniques, we can infer certain things, not with absolute precision, but certainly within specified levels of precision.